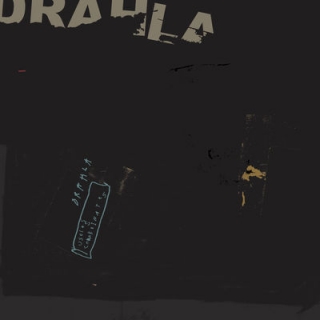 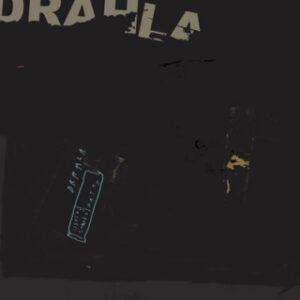 Experimental art-rockers Drahla unleashed their post-gothic-shoegaze masterpiece to the world this week. Their debut is a hard to define selection of dissonant and spiky angular tracks demanding your full attention, the resultant effect being a journey through the past into the future of a slightly off-kilter disputatious world with songs covering an eclectic array of subject matter.

Throughout the record, the band pull on a mouth-watering range of diverse musical styles and influences melding them together into their own experimental abstract sound.

Opening track Gilded Cloud calls on the pointed bristly stop/start guitar style favoured by post-punks of the early 1908s such as Josef K, Fire Engines and Gang of Four, while Sonic Youth influences are in evidence across a number of the tracks here in both the alt-rock guitar sound and the Kim Gordon styled vocal drawl.

The addition of saxophone on several tracks adds another layer of aural fascination, the jarring cacophonous nature of the playing of the instrument on React Revolt evoking the chaos of experimental US agit-punks Nation of Ulysses.

Preceding the album, single Stimulus for Living (watch below) revealed the core of the album’s edgy visceral sound with more post-punk spiky guitars and a title that brings to mind early Joy Division and their Ideal For Living EP. The track itself adds a gothic element to the mix with sinister eerie plucked guitars reminiscent of ultimate goths, Bauhaus. More shadowy gothic stylings are apparent in Seratonin’s menacingly distorted bass.

What the core of the band – bassist Rob Riggs, singer/guitarist Luciel Brown and drummer Mike Ainsley – have produced here is an arcane and darkly affecting uncompromising listen, prompting the listener to investigate and explore the tracks, discovering new elements each time the record is played.

Watch the video for lead single ‘Stimulus For Living’