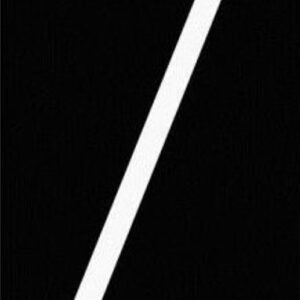 I first came across Drahla about 18 months ago when they did a session for Marc Riley’s 6 Music Show. I was stressed and busy painting a new room that we’d created for our baby that was due any minute. This was the third night on the trot that I’d been doing painting late at night listening to Marc’s show, but the Drahla session will always stay with me. They were noisy, discordant, fractured, but above all else, fresh. Lazy Sonic Youth comparisons aside, this was a band that took the ‘No Wave’ mantel and just fucking run wild with it. This was a band that sounded like they were having the time of their lives and didn’t give a fuck what people thought they sounded like. I loved it.

Fast forward a year and a bit to a bleary eyed father to a VERY busy 15 month old toddler, and I get an email telling me that Drahla are releasing they’re new album (brilliantly) called ‘Useless Coordinates’.  The lead single is called ‘Stimulus For Living’ and holy fuck are we in for a treat.

A throbbing bass with atonal guitar stabs dominate this track. Luciel Brown’s vocals are brilliantly nonchalant which adds to the fractured feel to this great track. It’s chaotic, loud and completely non committal to any ‘structured’ musical norms.

It’s funky as fuck and the repetition it employs works perfectly and is very clever. And as soon as the Sax comes in, it again has the ability to transcend ‘typical’ song structures, to fully embrace the loose Jazz influenced atonality that they do so fluidly.

I think Drahla are a breath of fresh at the moment and have taken all their influences and just run with it. And what they’ve managed to create is a coherent, yet challenging collection of tracks that tests the listener without polarising them. It’s a balance that many have tried before, but I think Drahla have it nailed. Great stuff.