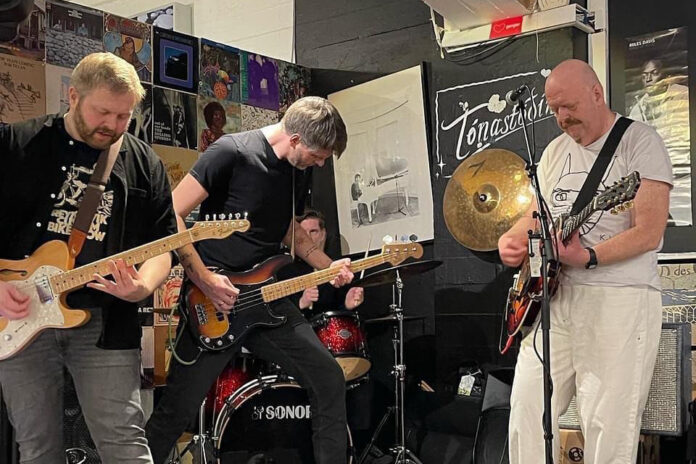 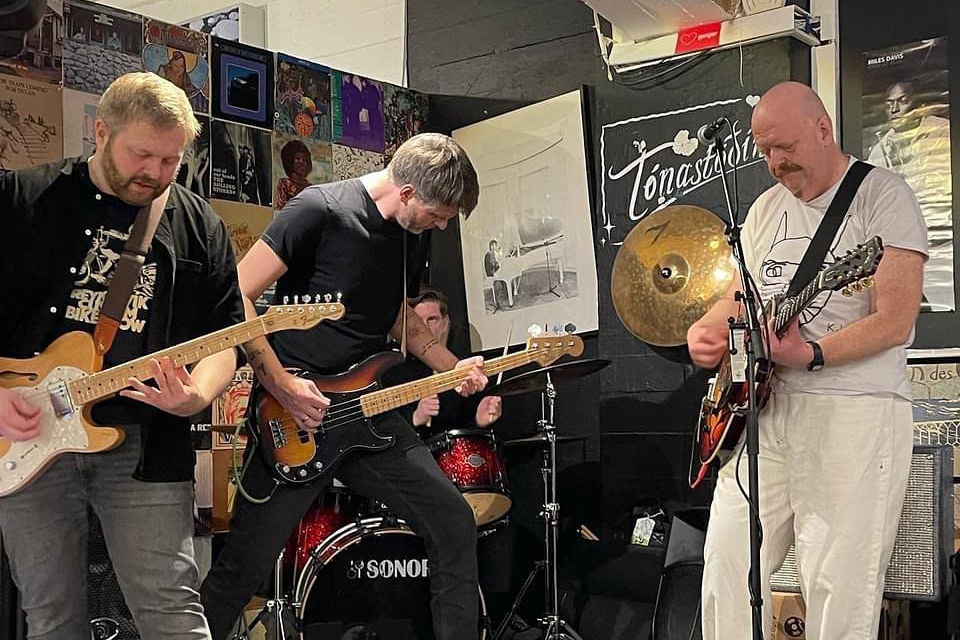 Icelandic music historian and new wave propagator Gunnar Lárus Hjálmarsson has been travelling in time both as an artist and writer. In the 1980s, he formed S.H. Draumur, one of the first collectives that sowed post-punk seeds on the virgin soil of Iceland, enhancing the moon-like landscape with a futuristic sound inspired by The Birthday Party. The band gradually gained a cult following in Iceland and abroad. They supported Einsturzende Neubauten and Crime & The City Solution in Reykjavík in the summer of 1986. After S.H. Draumur disbanded, Gunnar continued playing in other bands as well as solo under the moniker Dr. Gunni – the name inspired by the brand of Dr. Rhythm drum machine he was using.

In the ’90s, Dr. Gunni started contributing to local music papers and later became a skald of music history (in Old Norse tradition, a skald was someone who composed epic poetry). His book Blue-Eyed Pop is the most detailed and diligently written account of the formation of Icelandic popular music, from ’60s beat bands like Hljómar (Thor’s Hammer) to the recent phenomena of worldwide renown (Bjork, Sigur Rós, Múm to name a few).

The current line-up of Dr. Gunni includes Kristján Freyr (drums), Guðmundur Birgir Halldórsson (guitar) and Grímur Atlason (bass), a former managing director of Iceland Airways. Their recent album Nei, ókei came out in October last year. Following the release party at Húrra, the band returned to this iconic venue in the very centre of Reykjavik for another remarkable gig.

Húrra seems to be a vibrant oasis of musical hurly-burly in the drowsy post-pandemic environment. The venue is not chock-a-block but the crowd of roughly 100 people is impressively diverse. Local artists, teenagers and adults of various ages craving Friday fun, and a couple of tourists.

There is a sense of exchange between generations. Sharing the stage with fledgling bands It Sucks To Be You Nigel and Hipsumhaps, Dr. Gunni display their affinity towards new artists. Subsequently, Fannar Ingi Friðþjófsson, the frontman of Hipsumhaps, joins Gunni to perform Góður á því that the two wrote together.

With two songs from S.H. Draumur’s repertoire invoking a blast-from-the-past feel, the set mainly presents new material. On Draumur í dós, a closer from Nei, ókei, Dr. Gunni performs rituals with his vintage Guild guitar that extend beyond conventional playing. It varies from shamanistic slapping to an intense ringing effect reinforced by Halldórsson’s Telecaster. The bass part by Atlason brings to mind the irregular motion of the P-wave on a cardiogram. It goes along with sonic associations from Scotland – Josef K and, perhaps more distantly, Orange Juice.

They end the set with Glæpur gegn ríkinu (Crime Against the State) from S.H. Draumur’s 1987 album Goð. Charged with an intensity similar to that on the band’s original records, it displays continuity and force that has been stable since the early ’80s. Dr. Gunni is timeless.

The digital version of Nei, ókei is available on SoundCloud. The physical copy can be ordered here.

More news and information about Dr. Gunni and his band here.

All words by Irina Shtreis, you can find her author’s archive here