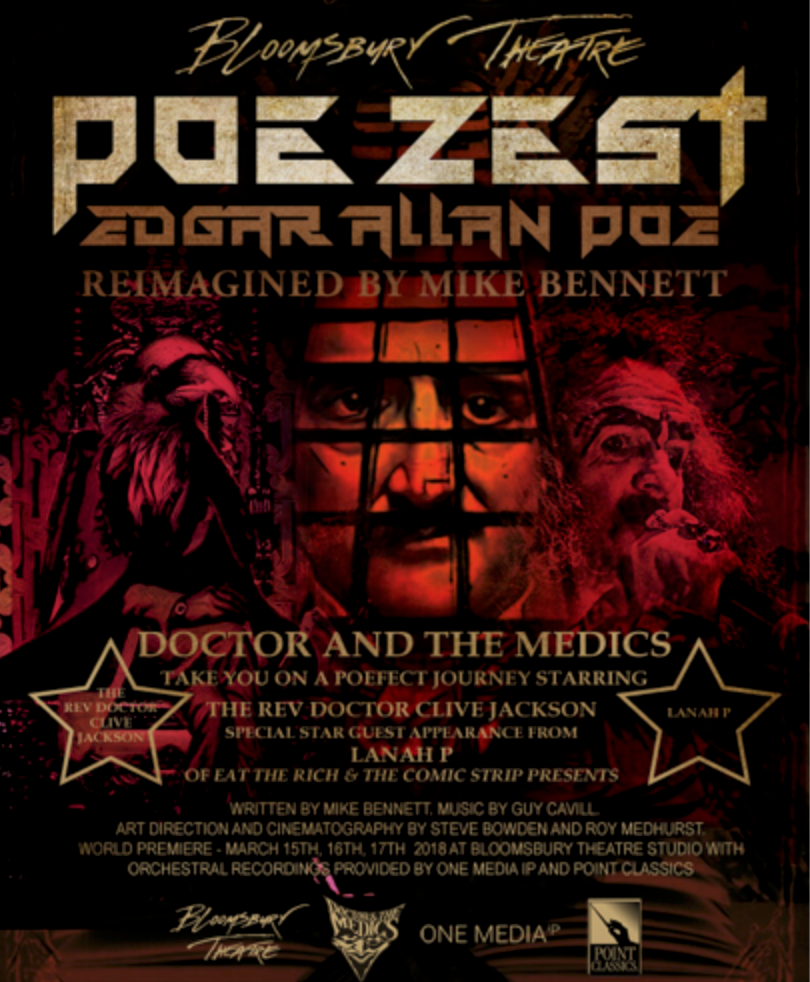 Q) Sometimes in your self-deprecating way you refer to yourself as a one hit wonder when in fact you had other hits and of course you co-wrote ‘Grimly Fiendish’ for the Damned. Apart from ‘Spirit in the Sky’, which I gather is a grand finale, are you using influences from your other pieces of work?

A) Musically no, but then I like that. We are working with a wonderful musical score so for me it’s always great to work in new formats. Performance wise it’s all so different as well, but the Doctor is never far from the surface!!!

Q) I gather there is a very rare Edgar Allan Poe yarn in the piece concerning the size of a man’s nose. Please tell me more?