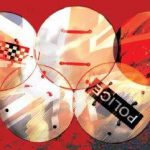 Following 2011’s acclaimed Man”â€œMade album, hotly-tipped indie classicists, Doyle & the Four Fathers, purveyors of intelligent, wry indie melancholy and passion had their website hacked, lost a bassist and consequently lost a bit of the momentum they had built up too. Now they’re back with their strongest work to date, a four song EP on their own Star Rover label. And this time, they’re angry”Â¦

Could William Doyle, a socially aware, mild-mannered, bookish fop in corduroy from the South of England be ”Ëœthe voice of his generation’? Is a pretty tune, a timeless melody and infectious chorus the new format for the Protest Song? Is politeness the new radicalism? Well, the new EP seems to point to the answer being a resounding ”Ëœyes’.

Of the four songs, three have ”Ëœpolitical’ points to make; Fingerprints is about apathy to ethical shopping. Welcome to Austerity, well the title says it all and Pay Attention to Your Public would appear to be a polite missive to the government, with an irresistibly catchy tune. L’enfant terrible is less clear lyrically, although a fantastic song concerning a terrible child.

We aren’t talking about a raging anarchist punk band here or a banner-waving Bragg-a-like or a ”Ëœnew’ Manic Street Preachers. The Fourfathers are nice, cleancut, well-dressed young men who make charming, melodious Brit-Pop indebted in part to the Divine Comedy, Pulp and the like. The nearest they’ve gotten to punk is covering Get Over You after touring as support to the Undertones. Its not quite ”ËœAnarchy’, or even If You Tolerate this”Â¦’ It is however the sound of a new generation of (dare I say, ”Ëœmiddle class’) indie-band realising that they have no-effin-choice but to be ”Ëœpolitical’ in days like these. 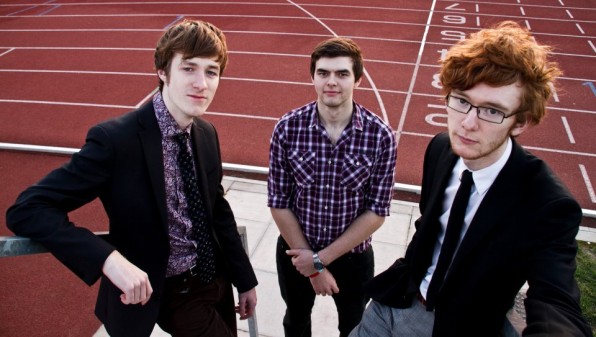 The EP title ”ËœOlympics Critical’ is a clever touch too. It’s a “funny phrase”Â overheard in London, used by a building foreman, meaning the deadline for the job in question had to be well before the Olympics. The double meaning being that that no-one (in the media) dares to be vociferously critical of the enormous drain on public funds the Games are, for fear of being called unpatriotic.

Musically the songs are the usual, beautiful upbeat stuff. Burt Bacharach type melody with the dynamics of the Smiths and a touch of Bernard Butler about the lead guitar-playing. (As an older chap I hear coincidental echoes of Monochrome Set, Bunnymen and David Devant & his Spirit Wife. I was surprised to learn the Fourfathers part of the bands name derived from an LP by the Prisoners!)

Radio 6 Music are behind the band and Pay Attention To Your Public has already had a “fan-made”Â video posted up on You-Tube (below) and looks like it may well be the surprise hit of the summer of 2012.

Get the EP: here