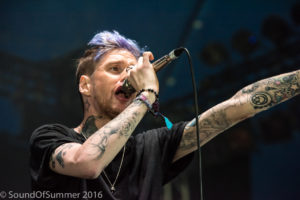 Hill Valley High had the privilege of opening Download’s Maverick stage on the first day of this years festival.  Alan Ewart went along to check them out.

For me the delight of music festivals is the opportunity to check out new bands.  At Download festival this invariably means moving away from the main stage and ducking into one of the tents.  Obviously I knew that I would be speaking to Hill Valley High so catching their set was a no-brainer but in all honesty there were a host of reasons that I was glad that I did.

Hill Valley High have only been together for a couple of years but they have already secured the backing of Live Nation, BBC Introducing, Kerrang and Scuzz.  With that sort of support they should be well on their way to great things.  Whilst researching Hill Valley High I discovered that they describe themselves as pop-rock and saw that they had supported McBusted on tour.  It is a puzzling dichotomy, on one side they seem ideal for Download, on the other they look more like a suitable act for “V” festival. 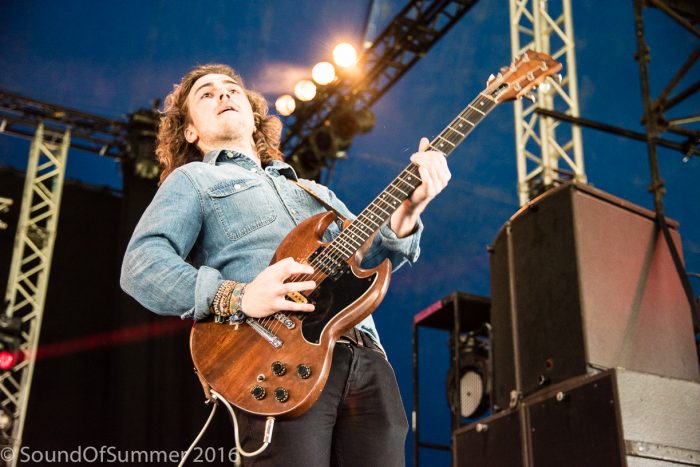 The puzzle deepened as I watched Hill Valley High perform.  They may see themselves as a pop-rock band but under all of that Hill Valley High have a punk rock heart.  Admittedly their brand of rock may appeal appeal to a younger generation than this crusty old punk but they turned in a performance that pop-punk heroes All Time Low, who played later that day, would have been proud of.

When I spoke to the band after their set Hill Valley High frontman Phil explained that the boys draw their influences from everything from jazz and hip-hop to death metal.  Whilst they were nervous about how they would go down with the Download crowd they were also confident that they could adopt their sound to suit the ears of the metalheads in the audience.

“We can bring a heavier vibe to our set when we need to” he explained.  “We certainly have a fanbase that appreciates the lighter, more pop sound but we can change it up to suit the audience.”

Change it up for the Download crowd they certainly did.  The fire and energy they showed, paired with screaming guitars and thumping bass lines shouted punk rock and the crowd seemed to agree with me as they danced and sang through the set. 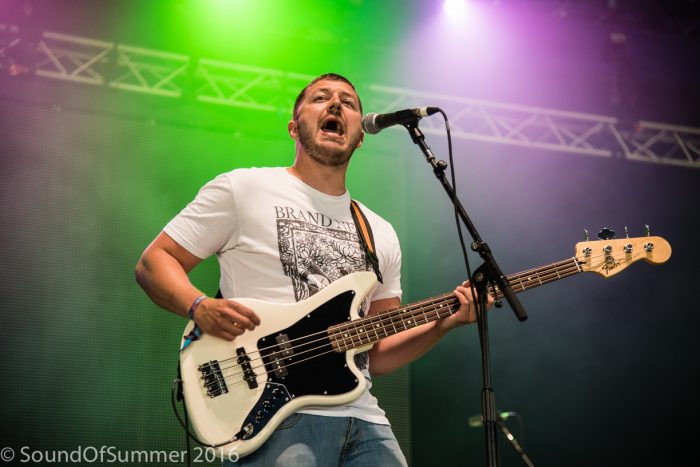 Hill Valley High fed off the energy in the crowd and confessed to me that they got a real buzz from the crowd reaction.

“It was amazing when we saw the crowd reaction we knew that they had come to see us.  Our set flew by, we didn’t want it to end, it felt like we could play for 25-hours instead of 25 minutes.”

As you would expect Hill Valley High’s set consisted of tunes from their debut album “When The World’s Fast Asleep” which the boys told me had been recorded in London.  The album is interesting as a result of the range of styles that are apparent across the piece.

“There is a lot of variety across the album.  The whole range of our influences is in there.  We are still developing as a band, to an extent we are still searching for our sound but we also want to keep people wondering what is going to come next.  We don’t want to be pigeonholed so we are really thrilled that it has been so well received because we were super nervous about it.”

“We have a good few festivals through the summer and then we want to get out on the road to play a load more shows.  We want to get to play in Europe, especially in Ireland and Germany as well as playing shows here.  We should be able to announce a tour in around a month.” 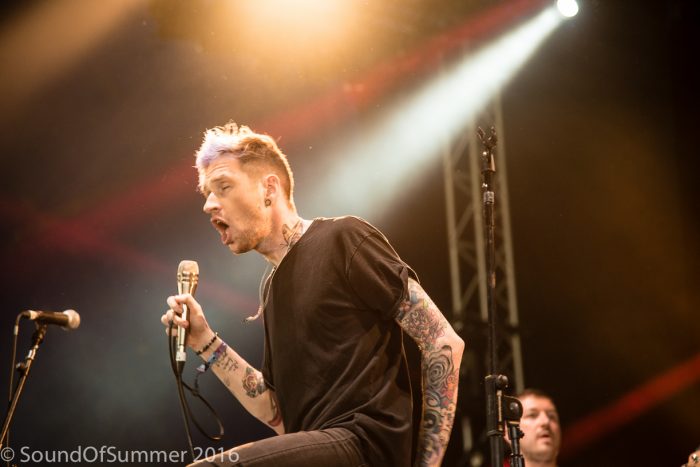 Phil is a hugely energetic presence on stage and I was keen to know where he took the inspiration for that.  He told me that he wants to put on a show at every gig they play.

“When people come to see you it is important that you put on a performance.  I love how some artists do this and I want to bring some of that swagger to our shows.  I find it great fun and very inspirational.  Its all about attitude and confidence, all I have is a microphone so it is up to me to ensure that when you leave you will remember what I do.”

Hill Valley High may be an upcoming outfit but they display a degree of maturity, both in sound and attitude, that many bands never seem to achieve.  That maturity is displayed in full when I asked the boys what message they would like to give to those who have not seen them perform.

When you see Hill Valley High perform you will understand exactly what they are driving at.  This is a band that give their all and have a huge amount of fun doing it.  With the sort of backing they are receiving and with talent and attitude to burn Hill Valley High look set for a very bright future.