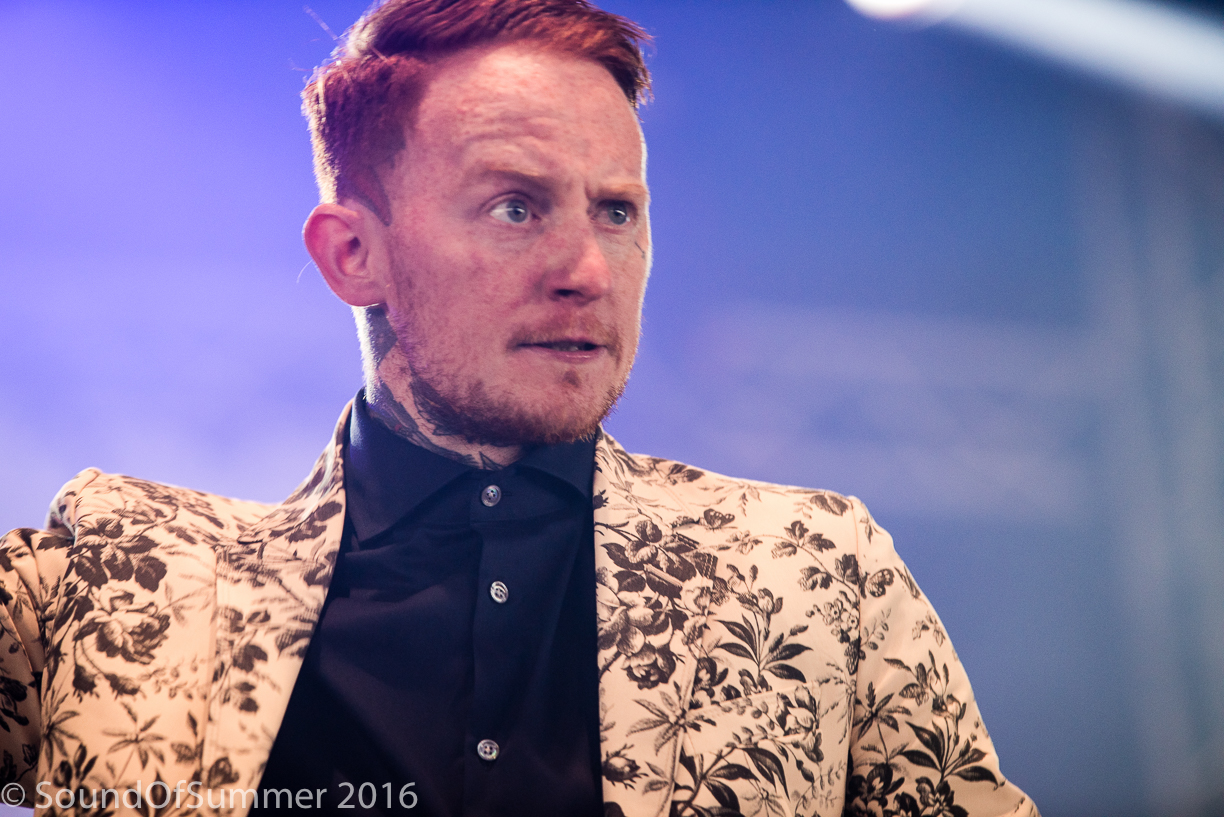 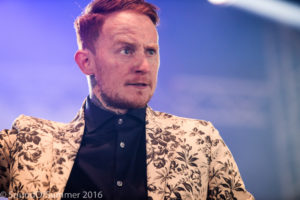 Frank Carter is fast becoming a national treasure.  Frank has breathed new life into the UK hardcore scene and has become one of the most engaging performers you could ever hope to see.

I caught up with Carter before his set on Download’s Maverick stage on Sunday to chat about his creativity, and to find out if Frank is finally comfortable in his own skin.  It is fair to say that over the years Carter has been a somewhat controversial figure. What I found was a polite, intelligent and engaging man who is quick to laugh and smile and who oozes passion and personality from every pore.

We are now seeing the third incarnation of Frank Carter so I asked Frank if he was finally comfortable with where he is and if he was surprised at just how quickly Frank Carter and The Rattlesnakes had captured the imagination of the music loving public.

“Well I was a bit surprised as to how quickly things took off with the Rattlesnakes.  You always hope that people will appreciate what you do but the speed of it all has been astonishing.  I think the key to it all is that people realise that I give my all when I perform. Nothing is more important than your connection with the fans.  I want everyone who sees a show to leave knowing that I gave my all, that I had a great time and that I want them to have a great time too.

There can be no doubt that Carter has matured over the past few years.  He now has a young family and is quick to recognise that he has a responsibility to that family.

“I’m away from home a lot.  I’m playing 35 festivals this year so that means a huge amount of time away from my family.  I have a responsibility to enjoy what I am doing, that is what makes the separation worthwhile.  When I have contact with the fans that is what makes it all worthwhile, it forms a bond with the fans.  I love to get into the crowd, to have a physical connection with people.  I never want that to stop because that is an important part of me.” 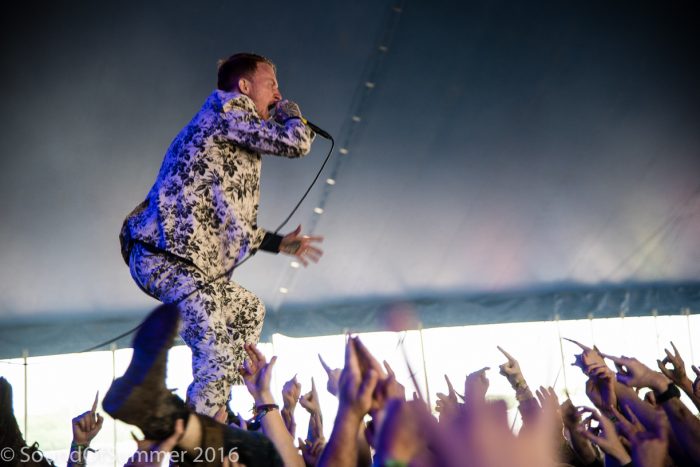 During his set Carter showed exactly what that bond means to both him and the fans.  The Maverick stage was packed, many hundreds of people gathered in the mud outside just to hear Frank and his band play even if they couldn’t always see the stage.  It took all of one song before Frank was over the barrier, supported by the crowd he stood above the fans as he belted out “Paradise” the crowd singing along.  By the time we reached the fourth song in the set “Jackals” Frank had a circle pit running around the exterior of the massive tent.  This must surely qualify as one of the biggest circle pits ever created.

There is no doubt that Frank feeds off the energy of the crowd and on occasion that energy gets him a little over-excited.  He did however show his growing maturity after the sound was cut as he whipped the crowd into an impending “wall of death.”  Carter apologised to both the crowd and the organisers saying that “nothing was more important than fans getting to hear his music.”  He informed us that he had been asked not to climb on anything but no-one had mentioned that he shouldn’t encourage things like a wall of death. 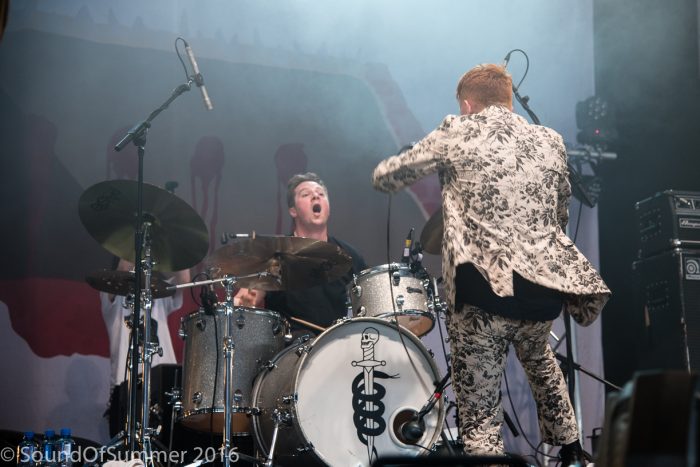 Frank showed again just how important both fans and family are to him when he stood alone, isolated in the middle of the crowd to sing a tribute to his recently deceased father-in-law.  The message was clear, cherish those close to you, reach out, tell people how important they are to you before it is too late.  This is a different side to Frank, it was deeply moving to see a man, so often portrayed as punk rocks wild man, expose himself so completely for all to see.  This is a side that truly makes you understand how important that physical and emotional contact with the fans is to Carter.

That said, don’t go thinking that Carter is going soft, not by any stretch of the imagination.  Frank is a passionate man, he wears his heart on his sleeve but for those who make the effort to understand where he is coming from you are invited into a very special part of the mans psyche.  When Frank plays he freely offers you a gift, it is up to you whether or not you choose to accept it.  Those who packed the Maverick stage for Frank’s set will have taken away memories that will last for many years.

Frank told me that he is constantly creating, whether through his music or his tattooing, rarely a day passes without him writing lyrics or notes for new songs.  He is so prolific that his follow up to “Blossom” is largely in the can and set for release hopefully late this year or very early next year.  Carter shows no sign of slowing down, the video for a new track “Snake Eyes” has just been released and it shows that the passion and anger that makes Frank a very special artist is alive and well.

We were reminded just how deep that passion runs as Frank rounded off his Download set with “I Hate You” a song that captures his contempt for inequality and for those who have wronged him.

Frank Carter may have matured but the anger remains.  That anger is shared by those who love his music, something that was apparent as the crowd sang along with every word of his set.  Put simply Frank is a 21st Century punk icon, someone who is revitalising British punk rock.  Like all of the great punk bands in the past Carter is raging against the machine in the way that we all should.  He has plenty to say and is asking you to sit up, switch on and listen.  Frank won’t be ignored.  Long may his passion burn and long may he share that passion and energy with us through his music.

Frank Carter and the Rattlesnakes are on the internet here: Frank is also on Facebook and Tweets as @frankcarter23

Download Festival is on the internet here:  The festival is also on Facebook and Tweets as @DownloadFest