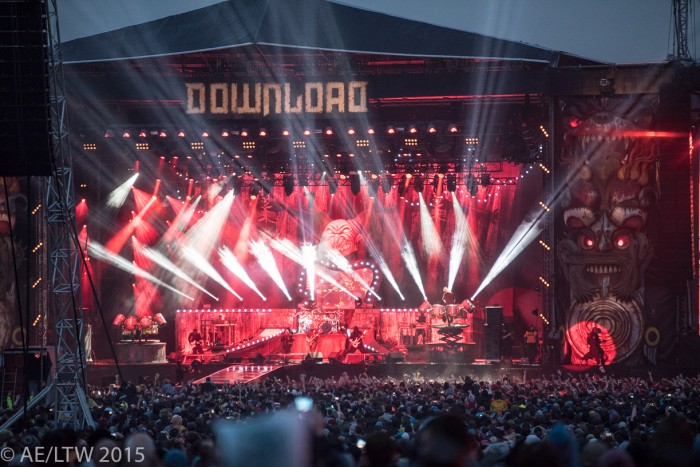 The 13th Download Festival took place at Donington Park from 12 – 15 June 2015. Described as Europe’s biggest and best rock and metal festival Download sets the standard for modern rock festivals. Louder Than War’s Alan Ewart went along to see what all the fuss is about.

I love music, my taste is eclectic and I like to think that even at my age I have a decent handle on new music. However, my first love is and always has been punk rock. Since the heady days of the late ’70s right up to today I have loved the attitude and politics of punk music so I was intrigued to find out if a long weekend at the beating heart of rock music would convert me.

As any festival fan knows the music is only a part of any major festival, what really counts is the overall experience. The campsites, food, beer, people and weather all have a huge impact on the experience and have a large part to play in determining how much you enjoy yourself. Of course attending to report on the festival ease of access and press facilities are also important.

Let’s get some of those aspects out of the way right now. The facilities for the press at Download were fantastic. The team over at Borkowski Arts & Ents. (who handle the Download Festival PR) are first rate, communications are great on the run up to Download and the facilities they provide are excellent on site. There are working areas, plenty of power points, lockers and good wi-fi coverage. There are even mini buses to run press and photographers to the second stage at the top of the hill and there are refreshments on hand. Not to mention the press area is right next to the main stage. One word sums it up. Superb!

Despite the fact that I had to proceed to one of the box-office sites to collect my pass before getting on to the camper van field the process was incredibly slick. I was able to drive the van to within a few minutes walk of the box office collect my passes and drive to the van field and get set up in well under an hour. Very impressive. The van field had ample toilets, chemical waste disposal and hot showers and I found them to be immaculate on every occasion I used them. 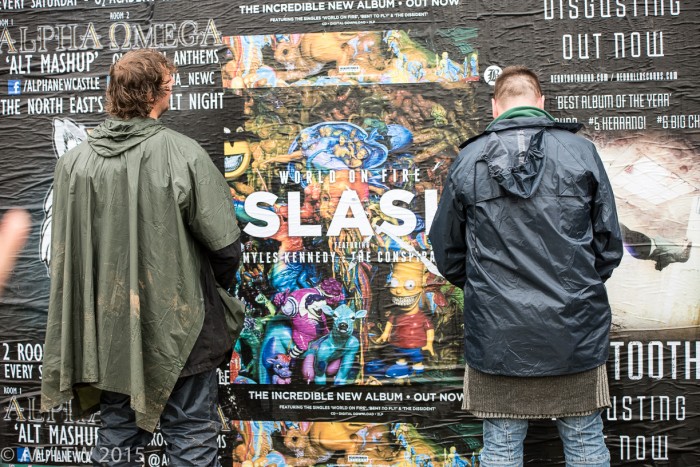 I didn’t have cause to use the toilets in the arena so I can’t comment on those but I did see far too many people, women as well as men, urinating against fences. Whether this was through laziness or queues or whatever I don’t know, but it is distasteful.

As anyone in the UK will know the weather over the weekend was hideous at times. It was beautiful when we arrived on site, glorious on Friday morning but by the time Judas Priest and Slipknot played on Friday evening the rain was torrential, it poured down all night and most of Saturday and the whole site was turned into a quagmire of mud. being able to be on site after the crowds have left at night and before they enter in the morning allows you to see how well prepared the festival is to deal with adverse weather. The crew at Download did a fantastic job laying mats and bark chipping in the really wet areas and spreading straw across the site to stop people slipping. They truly did everything they possibly could to make the festival safe and enjoyable.

Download was the first major UK festival to go cashless this year. Each ticket was allocated a ‘Dog Tag’ which you topped up with spending money before arrival. This was obviously great from a security point of view and the fact that no-one had to mess around with change etc certainly reduced queueing time, especially at the bars. As you would expect there were some problems. I topped up for both myself and my son a couple of days before the festival. I had a great experience, everything worked flawlessly but the money never appeared on my sons wristband. Luckily I was able to put some more on for him at the site but if I had not been able to afford to do this he would have been without money all weekend. I now face a doubtless lengthy process to get the cash back! 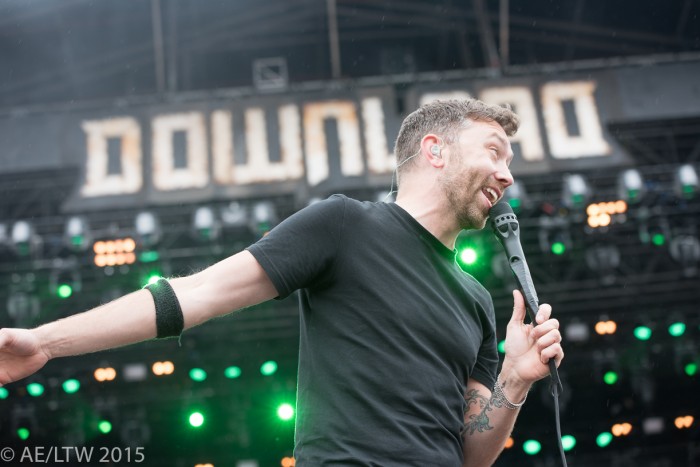 As you would expect the line-up at Download Festival was fantastic with the main stage playing host to the likes of Slipknot, Muse, Kiss, Motley Crue, Judas Priest and Slash to name just a handful, but as any real festival fan knows the real action takes place away from the main stage. I did of course watch at least part of each of the really big names sets, but it was on the ‘smaller’ stages that I found the real gems.

Of course Fridays headliners Slipknot were stunning as always. Their incredible performance drew on material from all five of their studio albums and they delighted the adoring masses with no less than five songs from their 1999 debut disc. The power and spectacle of Slipknots performance puts them right at the head of the table in the metal world. There were also brilliant performances from Swedish metal monsters Bombus, a stunning set from Brighton based punk outfit Gnarwolves and possibly the performance of the weekend from the brilliant Beartooth. Add to that a surprise guest appearance from Japanese metal – J-Pop crossovers Baby Metal during Dragonforce’s set and the Maverick stage was undoubtably the place to be on Friday. 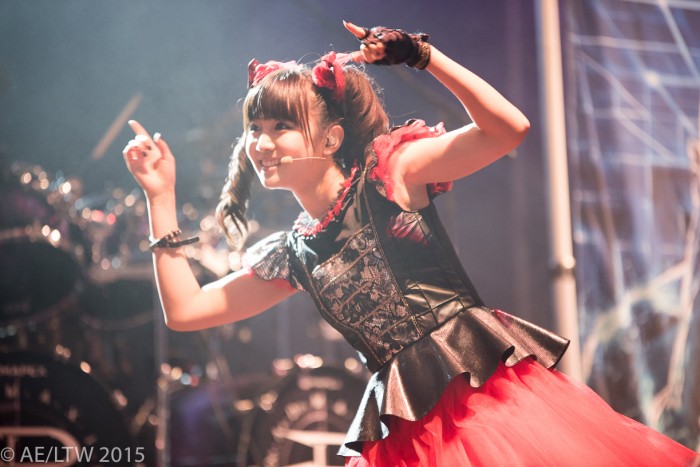 Creditable shout outs must also go to British veterans Judas Priest who arrived on-stage on a motorcycle and went back as far as 1980s British Steel for their setlist. British newcomers Allusondrugs played a superb set on the fourth stage and I suspect they will become festival favourites as the years progress.

Saturdays headliners Muse drew a massive crowd to their headline set and the vast majority seemed to enjoy being introduced to their recent release Drones. I must confess I have never quite ‘got’ Muse so after checking out their impressive stage show for 20 minutes or so I took my pleasures elsewhere. Chicago based punk hardcore outfit Rise Against won my prize for the pick of the Main Stage bands on the day. I loved their energy and hey I did say I love punk. 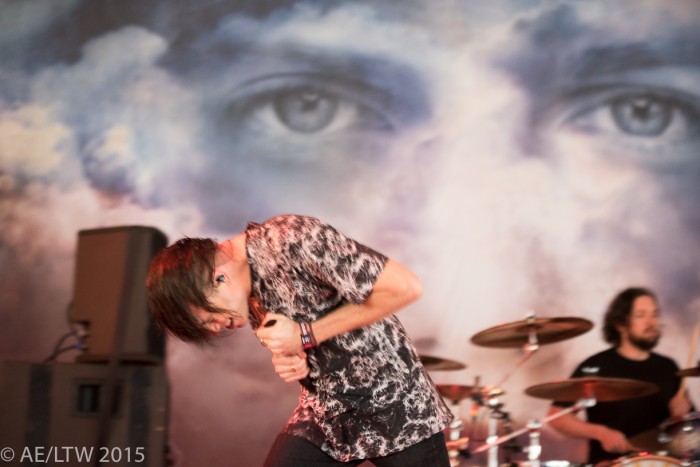 Elsewhere Aussie metal core band In Hearts Wake were stunning and punk outfits Creeper, Love Zombies and New Years Day were all great. The performance of the day though had to be from Black Veil Brides. Their stage show alone was worth the price of admission. It is no surprise that they just won the Kerrang award for best live act.

Sunday was a day for nostalgia on the main stage at Download with Motley Crue bidding farewell to the UK festival scene with a fantastic set which included their version of the Sex Pistols Anarchy in the UK. They will be sadly missed. I didn’t get to see much of Kiss’s set but the pyrotechnics, fireworks and shooting along zip lines was certainly spectacular. I missed most of their set because I was watching Enter Shikari, a band I now consider to be unmissable. It was wonderful to see a young British act have the opportunity to headline the second stage and to bring their full production to a major festival. Their performance was simply brilliant despite the fact that front man Rou Reynolds had been hospitalised on Friday as a result of an adverse reaction to hay fever medication. As a result the band had to cancel a planned show in Bristol. 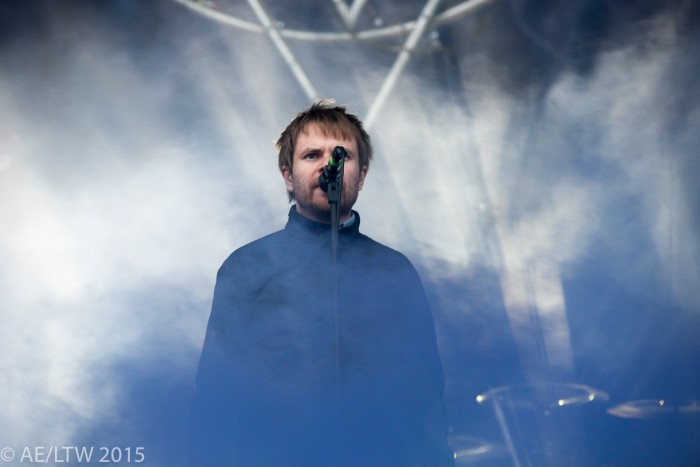 September Mourning, Evil Scarecrow and Butcher Babies were all excellent on Sunday on the smaller stages but the second stage line up of L7, In Flames, Lamb Of God and Enter Shikari was simply stunning and a fantastic way to wrap up a brilliant festival.

So, did Download turn me away from my punk roots and convert me to metal? Well yes and no. There was enough punk on the bill to keep me very happy. I enjoyed every band I saw over the weekend with one exception. Most importantly I loved the Download experience. Both my 17-year-old son and I have decided that it’s a festival not to be missed and is probably the best festival I have attended.

I look forward to the surprises next year’s Download Festival will bring.