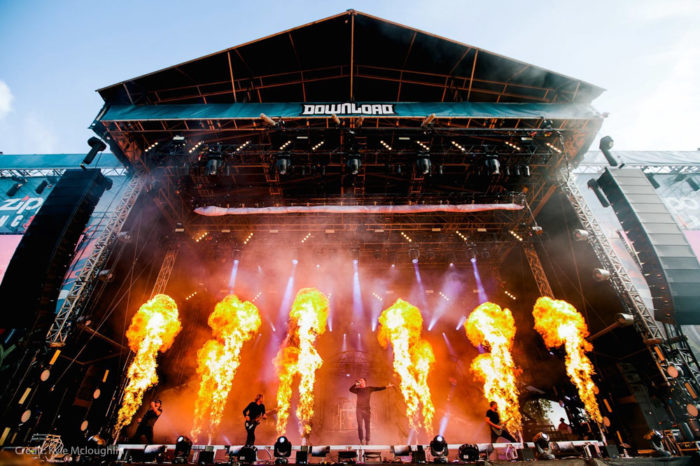 The world famous Download festival, former Monsters of Rock, took place this year at its usual home in the middle of Donnington racecourse track this past weekend. Having attracted stellar acts from the across the world in previous years, 2018’s festival was no different, but with the added bonus of attracting the biggest heavy Rock band on the planet Guns ‘n’ Roses. Matt Mead attended the festival and gives his lowdown on the weekend.

Before this weekend, my only previous experience of Heavy Rock music was back in the very early 1990’s. I grew up a big indie music fan, right in the middle of the Madchester scene, flared jeans, baggy clothes and big Byrds type bason haircut to boot. In the attempt to try to find new realms of pleasure me and couple of my mates innocently thought we would go to Nottingham’s infamous Rock City rock night to see what all the fuss was about. After entering the venue with our fake NUS cards our eyes were then introduced to a sea of black clothes; black jeans, black leather trousers, black t shirts, black Doc Martins, you name it, it was black in colour and all eyes were on our brightly coloured t shirts, flares and trainers. Having stayed for a minimum of 30 seconds me and my friends made our excuses and let our flares carry us away into the night.

Nearly 30 years has passed since that night and with that experience firmly in my mind I dressed appropriately for the occasion, in dark clothing (no flares) and headed to Donnington. Entering the huge site you are met by a blanket of security checking cars/bags etc., which gives you a flavour of how big a deal the festival is. Moving into the arena again you are met by a sea of fun, for all the family. Mini fair ground, Rocktail Cocktail bar (basically you buy a drink, then go dance till your hearts content infront of the bar whilst very loud music is played), Air Guitar World Championships (air guitar smashing is the norm), every food stall that you can every imagine possible, plus four stages of the best heavy rock you will find anywhere in the world. 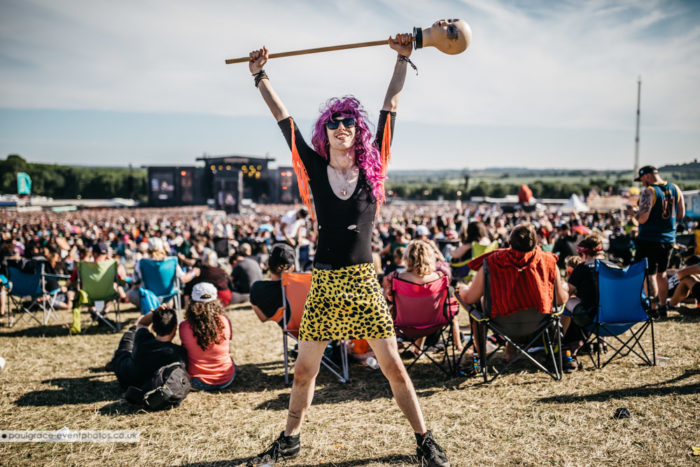 Arriving on the Friday I went straight to the main stage to check out Bullet For My Valentine. Ripping into their trade mark heavy drudge. Lead singer Matthew Tuck gives off a Tom Cruise look, slick black hair, black shades, diminutive stance, one leg on the monitor, coolly scowling at the audience from the stage whilst belting out song after song. Give Matthew a musical mission and I’m certain he would conquer it as his look alike. Next up were Friday headliners Avenge Sevenfold who launched straight into The Stage, Afterlife and Hail To The King before delivering an exhibit of pure metal core with the band working the crowd before a cutting deep into the Derbyshire hills, all in all they were the perfect start to the weekend. 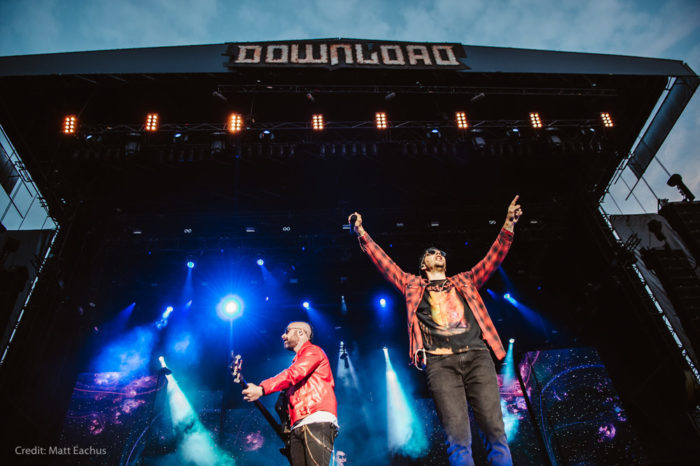 Saturday started for me with L7. The Los Angeles female 5 piece turned up on the Zippo stage 10 minutes late as a 5 piece, with regular drummer Demetra Dee Plakas having broken her arm 48 hours prior to the gig, so we had Adam Ant’s drummer Jola taking up the sticks, with Demetra giving it plenty of dancing and backing vocals from the side of the drum riser. With tracks played from their back catalog including Everglade and their classic 90’s hit Pretent We’re Dead (reminding me of their infamous appearance on Channel 4’s The Word), L7 sounded great and are in the pipeline to record a new record. 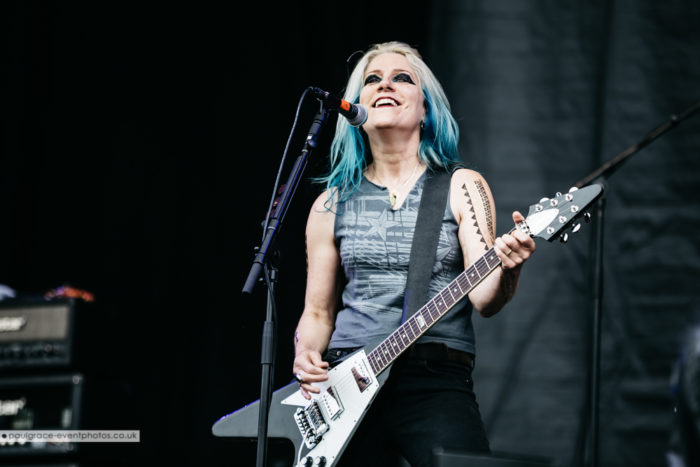 Next up were aging UK crowd pleaser rockers Thunder. They brought their mix of classic rock to the main stage, singer Danny Bowes working the crowd perfectly into a plethora of hand claps, hand waves and sign alongs, reminding me of Status Quo, the only thing that was missing was the guitarist dancing left to right. Their set list was a perfect mix of the new and old, the older songs giving the crowd a chance to sing along. Danny also reminded the crowd that they played the Monsters of Rock festival many moons ago in 1990 asking the crowd to show their hands to the following questions: ‘Who was here in 1990?’ then asking ‘ho was alive in 1990 but too young to attend?’ and finally ‘who wasn’t even born in 1990?’. I think the latter question got the biggest amount of hands up!?

Thunder superbly set the scene for the next band on the main Stage Kentucky’s very own Black Stone Cherry. Bringing their brand of Black Crowes type 70’s cool rock to the main stage, they mixed their own material with soulful covers of Bob Marley’s Stir It Up, Hendrix cover of Foxy Lady mixing into their own material. You would be forgiven that we were transported back to the mid 70’s, flares, moustaches and scented candles being held in the air. 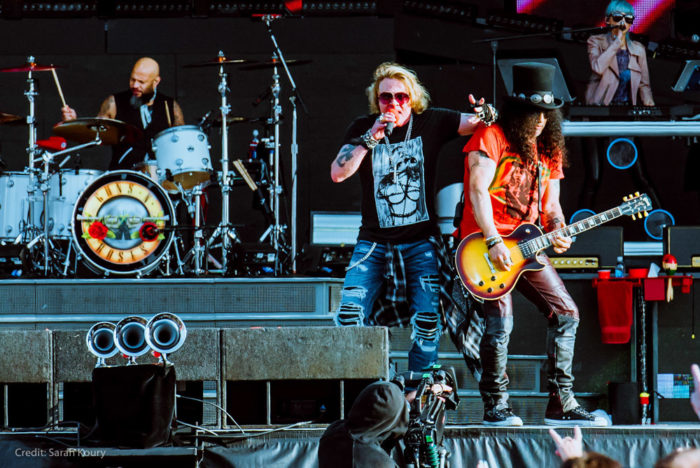 Closing the Saturday night were the monsters of rock that are Guns n Roses. Having reformed in 2016 with original members Axl Roses, Slash and Duff McKagan, the band walked onto stage after some impressive animation, skull n all. Ripping the crowd into a mad frenzy with opening songs It’s So Easy, Mr. Brownstone and Chinese Democracy, this gig wasn’t just going to be any throw away gig, this was the band on form, lapping up the Donnington crowds enthusiasm and electricity with each strike of a chord. This was actually the first time the reformed band had played Donnington since the tragic circumstances of 2 members of the crowd passing away at the last Monsters of Rock festival. Hearing that the band would be playing for a solid 3 hours I doubted that they would be able to stay the distance, with the original band members not exactly youngsters any more, would they be able to last the distance?? You betcha. Slash unleashed solo after solo, with lengthy runs along the stage to enthusiastically close a song Pete Townshend style scissor kicks. Duff was just being Duff, cool as, Paul Simonon style shades n all on stage, bass hanging loosely below, thumping out the bass lines. Axl was Axl, his familiar swaying side to side whilst holding the mike stand, ripped jeans, shirt tied around the waist and leather jacket, prowling the stage to see who his next victim might be, Johnny Rotten style. As you might expect the band played all the hits and more. Welcome To The Jungle, Sweet Child of Mine and November Rain were included in the main set. The unexpected was also played, covers of Wichita Lineman and Black Old Sun and the closing spectacle of Paradise City was met by a finale of a huge firework display. My Madchester memories were blown away by tonight’s performance, truly stunning, one of the great rock bands are back and well on form.

What could Sunday bring that hadn’t already been seen on Friday and Saturday. First up for me was youngsters Black Veil Brides on the main stage. Mixed into the set were plenty of smoke bombs, with singer Andy Biersack coolly coaxing the young crowd with his dark screams (oooooooooowwwwaaaaaaaaa) , this wouldn’t sound out of place in Friday the 13th part 105. 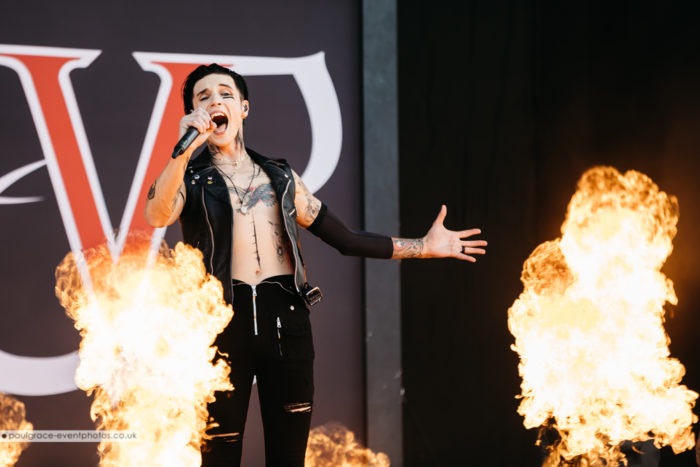 Florida’s Shinedown brought some polite aggressive rock to the main stage next. Singer Brent Smith is one of the most polite frontmen you’ll probably ever hear. Asking the crowd politely but forcibly to join in with jumping up and down to songs, asking the crowd if they are with the band, thanking the crowd for staying with the band, I even got the chance to gain an advantage of seeing the band perform from the onsite Big Wheel to see the crowd go crazy to Enemies. Stunning ariel views helped me to see how much the band were loved by the big crowd in attendance.

The next artist wouldn’t look out of place in the next Star Wars film. Playing a villain who doesn’t get out of bed until the evening and then unleashes hell on his listeners. Yes, you’ve guessed it Marilyn Manson was next up on the main stage. Informing the audience that ‘we will struggle to get through this’ seeing as he was on stage mid-afternoon in blazing hot sunshine, not something that our Marilyn or his fans are used to. Saying all this his set was a mix of straight forward rock with a cover of the Eurythmics Sweet Dreams to wind down the set. 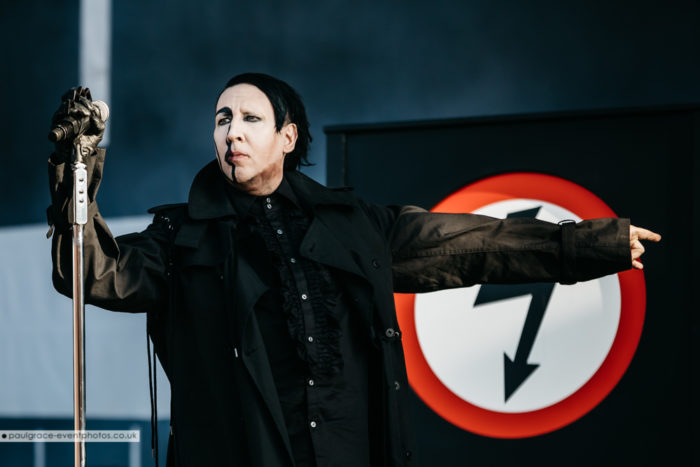 I also got to see, briefly, on the Zippo stage RISE AGAINST, they arrived on stage enthusiastically to tracks The Violence and Satellite, delighting the big crowd in attendance, a brilliant band. The Hives were in the Avalanche tent. I was slightly taken aback to see the punk indie powerpeice at Download, but none the less, entering the stage to Come On, See The Idiot Walk and Main Offender, the band in black and white suits, The Jam style, lead singer Pelle Almqvist was a person possessed, climbing down from the stage to where the crowd were, then jumping up on the bass drum before scissor kicking off and then climbing up the girders of the tent whilst singing, the tent would be lucky to make it through the set at this rate! Nonetheless, another band shredding the living daylights out of the instruments to good effect. 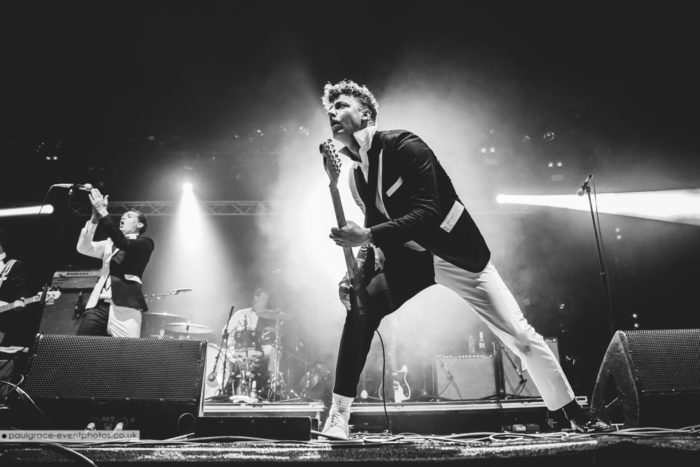 Last up on the Sunday and closing the festival was The Prince of Darkness Ozzy Osbourne. Before entering the stage he could be heard encouraging the crowd ‘get those f@$#ing hands in the air’, would you expect anything any other way from the master of Darkness and this would be his crying call the audience throughout his set. Entering the stage to a huge roar from the Download crowd his band quickly galloped into pace with Bark of the Moon, Mr Crowley, plus mixing in Black Sabbath songs Fairies Wear Boots, War Pigs and closing number Paranoid, Ozzy was the perfect ending to sun kissed weekend of darkness. 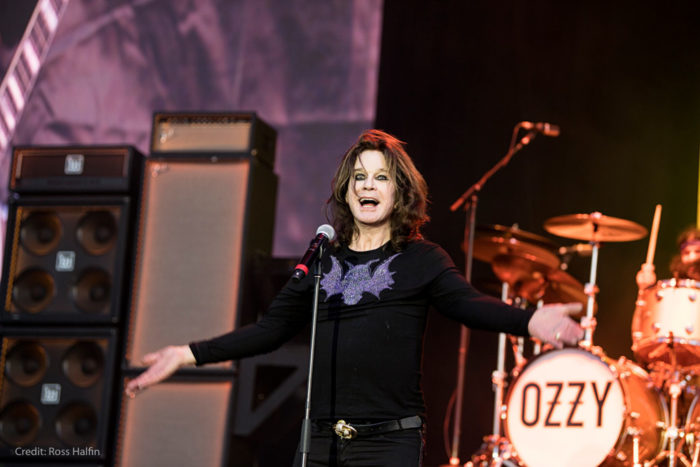 In summary a superbly organised weekend with some of the world’s best heavy rock bands from around the world.

Download 2019 promises to be some of the same and you can purchase the 2019 tickets already via the early bird ticketing option.