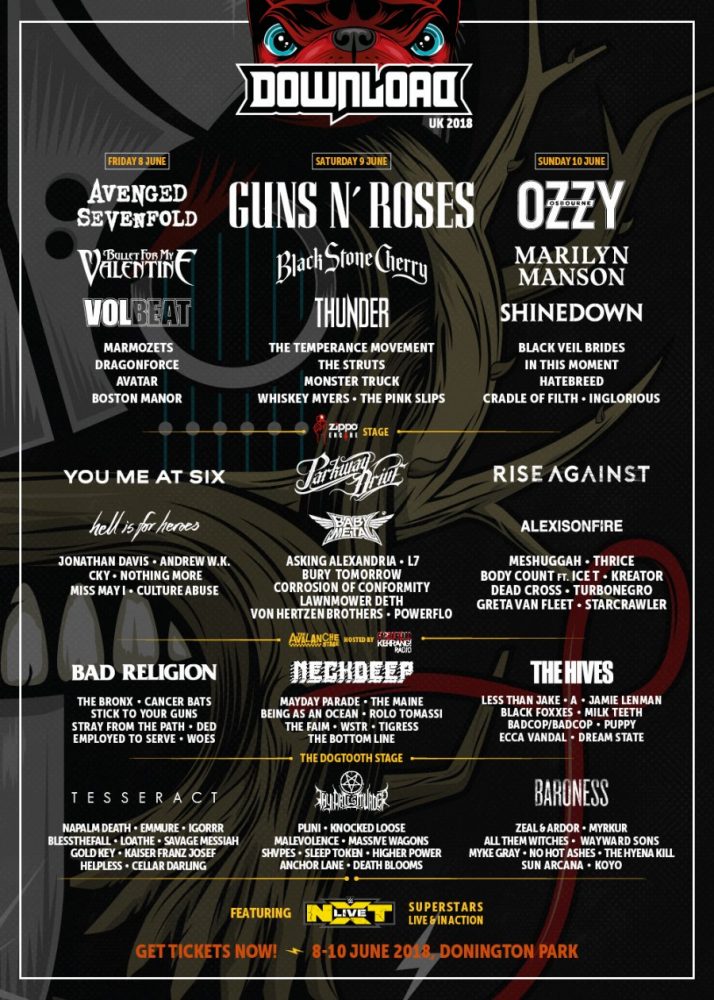 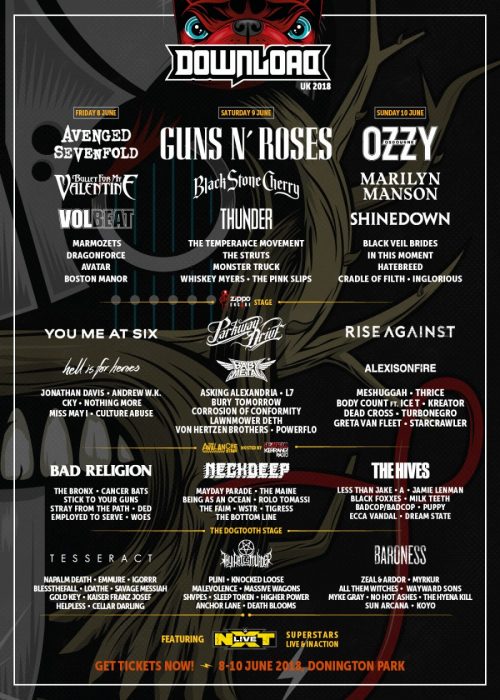 Having lived in and around Donnington for the past 15 odd years it is coming quickly to that time of the year where the world descends on this part of the world to celebrate all things Rock and Metal at Download Festival 2018. Matt Mead previews the proceedings taking place June 8th, 9th and 10th, including who is going to be playing the former Monster of Rock festival.

Leather, long hair and the colour black are all things you might typically see a lot of over the weekend at Download Festival 2018. Download is the most popular British summer rock and heavy metal festival and has hosted some of the genres’ biggest names over the years including Def Leppard, Muse and last year’s line-up included System of the Down, Biffy Clyro and Aerosmith as the main stage headliners. This year’s line-up is by far digressing in attracting the big headliners. Friday’s line-up includes stellar metal heavyweights Volbeat, Bullet for my Valentine and headliners California’s Avenged Sevenfold best known for their diverse rock sound and dramatic imagery in album covers and merchandise. Also on the Friday on some of the smaller stages you have Bad Religion, You Me at Six and Tesseract. 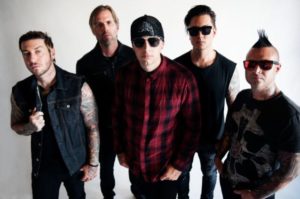 Saturday’s line up sees ’s further big names. On the main stage you have, amongst many, 80’s metal heavyweights Thunder, Black Stone Cherry who have opened for the likes of Bad Company, Def Leppard and Whitesnake, at this year’s Download they have the honour of being the band to support mighty Saturday night headliners Guns n Roses, who head back to Donnington after not playing there since the days of the Monster of Rock. The band, after many guises, reformed back in 2016 with original members Slash, Axl Rose and Duff McKagan, who have been selling out stadiums all over world, including scarce dates in the UK, meaning this date at Download is a rare treat for UK fans to see the band thrash out some of their best known and loved songs including Welcome to the Jungle, Paradise City and November Rain, amongst their huge back catalogue. Further acts around the site on Saturday include Parkway Drive, Metal Baby and Neckdeep. 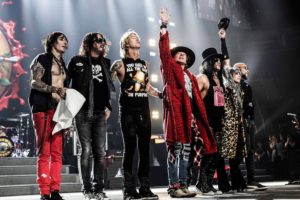 Sunday’s doesn’t let you catch your breath. Shinedown and Marilyn Manson keep the stage warm for headline act Ozzy Osbourne, who is playing his farewell shows of his illustrious and often crazy career. Starting off in the 60’s with Black Sabbath, releasing cult Metal songs Black Sabbath (1970), Paranoid (1970) and Master of Reality (1971). After Black Sabbath Ozzy went onto have a successful solo career and reality TV star. This show will probably bring down the curtain on his illustrious and who knows, there might be a bat out of hell that he takes to on the stage on the night. Further acts playing throughout the day on Sunday are former Indie darlings The Hives, Rise Against and Baroness. 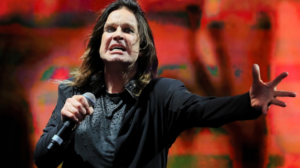 Tickets are still on sale, with day tickets having not long gone on sale. The festival normally sells out so be quick if you want to grab yourself a ticket and as someone once said ‘welcome to the jungle, we’ve got fun and games..’.

All words by Matt Mead. Further articles by Matt can be found at this Louder Than Ware author archive page.