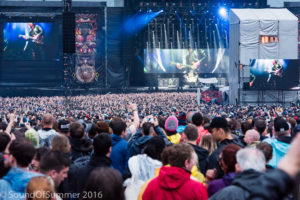 This weekend thousands of people have dragged their bags through the slush, slept in damp conditions, trodden through miles and miles of deep mud, stood without shelter as the rain has bucketed down on them and refused to return home to a nice dry bed. What sort of people would subject themselves to this sort of torture you ask? The answer is simple, music fans.

As the rain poured down on Download for what seemed like one of the most torrential festivals that rock and metal fans had seen for years, people gathered together for the pure love of sound.

Beartooth started off Saturday morning with a loud and ferocious bang. The band aggressively took to mainstage, encouraging those that had just risen from their pits to jump into mosh pits. What a great start to what was a mental day.

The Maverick stage was packed out with Escape The Fate fans, who raised their arms and sang along to the ballad styled choruses and rocked out to catchy guitar riffs. As the rain held off, they were treated to belters such as ‘Remember Every Scar’ and ‘This War is Ours’. 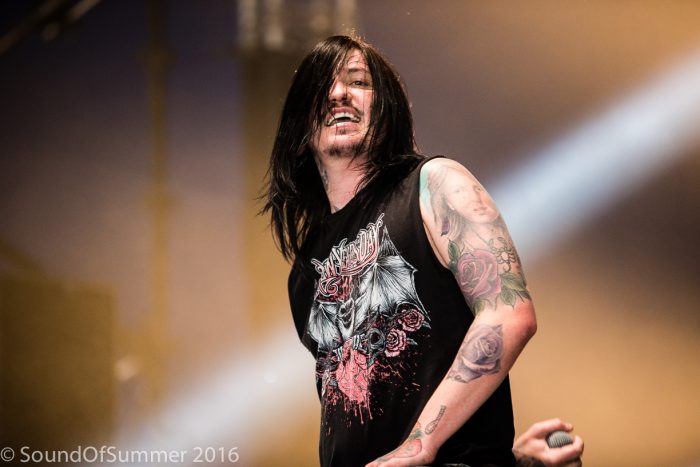 Anti Flag were next and they didn’t just take to the stage, they destroyed it. Never failing to thrill, the band brought a high energy and politically fuelled punk performance to Maverick. Speaking out against police brutality and encouraging people to vote in the EU Referendum, the band lived up to their angry reputation.

The day was full of surprises including Kim Wilde jumping on the stage with Lawnmower Deth and singing ‘Kids of America’. Yes that really did happen and she did well for saying that she had to sing it three times the speed that she normally did!

However, the band that stole the show had to be Skindred. Mixing dance, reggae and rock, the band have built themselves a large following over the years, but the crowd for them on second stage was ridiculous. People crammed together to sing, dance and most importantly laugh along with Benji and the crew.

“Don’t show me up in front of my missus!” He teased the crowd when they screamed. “You can do better than that!”

Skindred really did put on a show and as well playing well loved songs such as ‘Pressure’ and ‘Warning’, they did something that no other band dared to do… they blasted out Justin Bieber. Yes that’s right, for a few moments everyone heard ‘Sorry’. They were brave men! Skindred finished with their usual tradition of inviting the crowd to do the helicopter with a piece of clothing. The Download crowd were in total party mode! 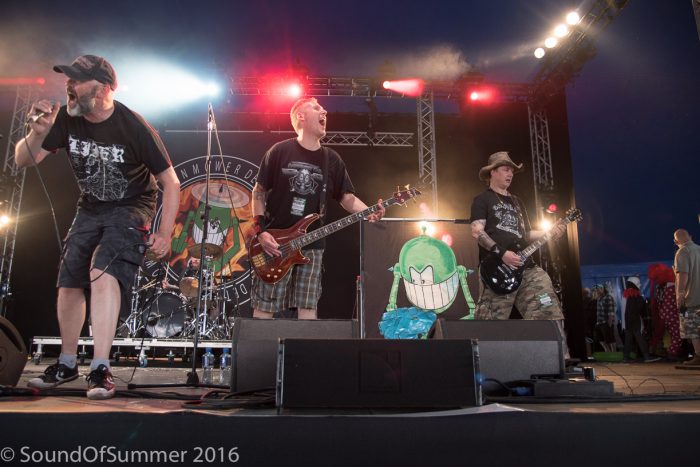 As the rain poured down, doom legends and metal pioneers, Black Sabbath, took to the stage. Ozzy’s dulcet tones called out to the crowd as the band played classics such as ‘Snow Blind’, ‘War Pigs’ and newer tracks such as the end.

The downpour continued but the love for metal shone through as fans stayed to jam with the band. Download has always been a place where new talent has been allowed to shine through, but classic music will always be loved and respected.

It wasn’t long before it was Halestorm’s turn. This band really are the true definition of rock and roll. Lzzy’s powerful vocals called out to the audience as the crowd sang along with favourites such as ‘Love Bites’ and ‘Apocalyptic’.

Meanwhile, Frank Carter was misbehaving on the third stage. Security pulled the plug half way through his show due to him trying to start a mosh pit and creating a wall of death. However, this didn’t stop Frank. He apologises before climbing down into the crowd and finishing the show. Brilliant save Mr Carter. 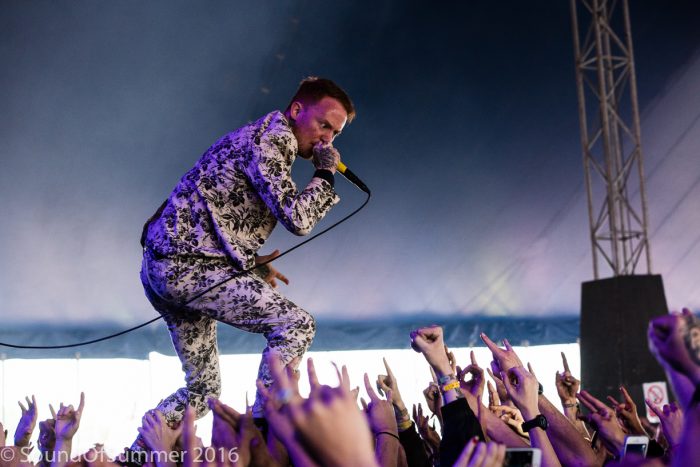 Download’s Sunday also saw Breaking Benjamin make their debut at the festival on second stage. Fans crowded together to see the moving performance from the band, who opened with ‘So Cold’. They even played the Imperial March and dedicated it to Vader! Unexpected but awesome!

As the heavens opened yet again, fans crowded in the Maverick stage to see the heavy combination of Electric Wizard followed by Gojira. A river ran from one side of the blue tent to the other but that didn’t stop people from banging their heads to some intense noise.

Later the men who probably have one of the noisiest reputations in rock music headlined the fourth stage. That’s right Napalm Death completely destroyed what was left of the Download crowd before Iron Maiden finished off the evening in style.

After landing the previous day at East Midlands Airport, the band brought their Book of Souls tour to the stage. The Book of Souls, which focused on the fall of the Mayan Empire was brought to life by an exotic background completed by a giant moving Eddie.

When Bruce Dickinson uttered the immortal words ‘Scream for me Donington!” Fans knew to scream with everything they had left in their lungs. As well as newer numbers, Maiden treated fans to tracks such as ‘Iron Maiden’, ‘Hallowed Be Thy Name’ and of course ‘Number of the Beast’.

Bruce even dedicated ‘Blood Brothers’ to those that lost their lives in the Orlando shootings. “They can kill us, but love and laughter and music will always go on.”

It was a moving speech and a beautiful close to the festival.