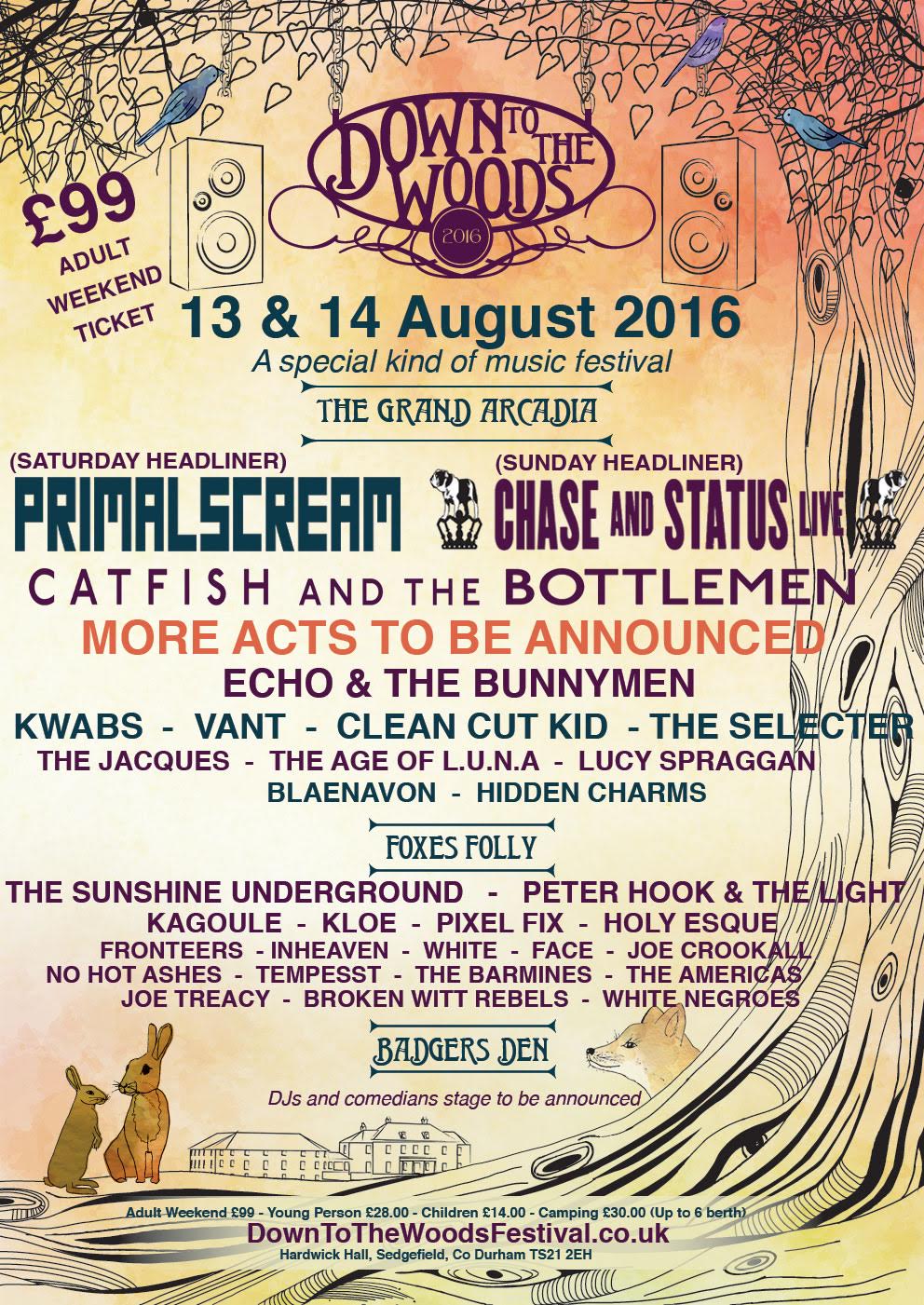 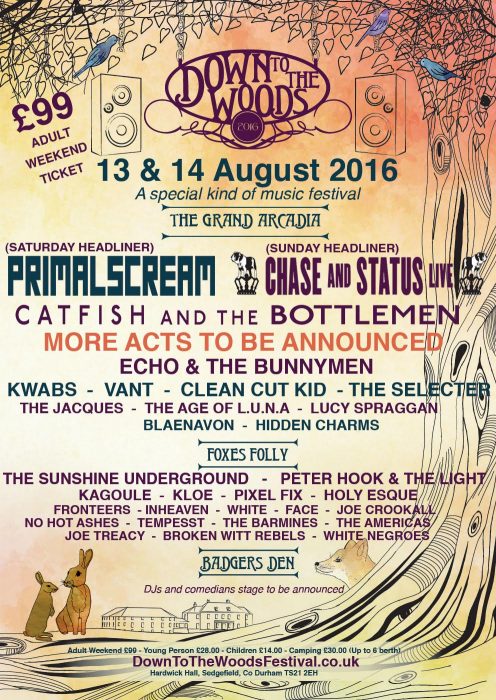 Chase and Status join the Primals at the new Down Into the Woods festival….and it is less than a ton for the two day event.

It seems every week another festival joins the crowded summer circuit but North East newbies Down To The Woods have pulled off a real coup booking Chase and Status as one of their headliners.

Chase and Status are headlining 50,000 capacity festivals elsewhere, but have agreed to play the Sunday night headline slot for 10,000 people at the two day event which runs from Saturday 13 to Sunday 14 August in County Durham.

The drum and bass duo are increasingly known for their incendiary live performances and punters can expect multiple number ones including Blind Faith. As well as their rising reputation as a top quality live act Saul Milton and Will Kennard have produced tracks for the likes of Rhianna, Rita Ora and Example.

“Chase & Status haven’t performed live in this set up for a number of years,” says event organiser Jonathan Woodliffe. “So it’s a massive coup for us to bag them for Down To The Woods and let our festival-goers enjoy a superb festival at an incredibly affordable price”.

If dance isn’t your bag there’s no need to worry as Scottish stalwarts Primal Scream headline on Saturday with platinum selling indie guitar gods Catfish and the Bottlemen also on the bill. Peter Hook and the Light and The Sunshine Underground will headline the smaller Foxes Folly stage.

The line-up for a third stage, the Badgers Den, will be announced shortly and will focus on DJs and live comedy.

You can view the current line up here.

Weekend tickets for Down To The Woods at Hardwick Hall are £99 per adult, £28 for young people aged 13 – 16 and £15 for children aged 3 – 12. Day tickets are available and there are also boutique camping and special ‘Gold Ticket’ VIP options. Tickets can be purchased here.