Home Blogs Down To the Woods announces great bill : Primals/Bunnymen for new NE... 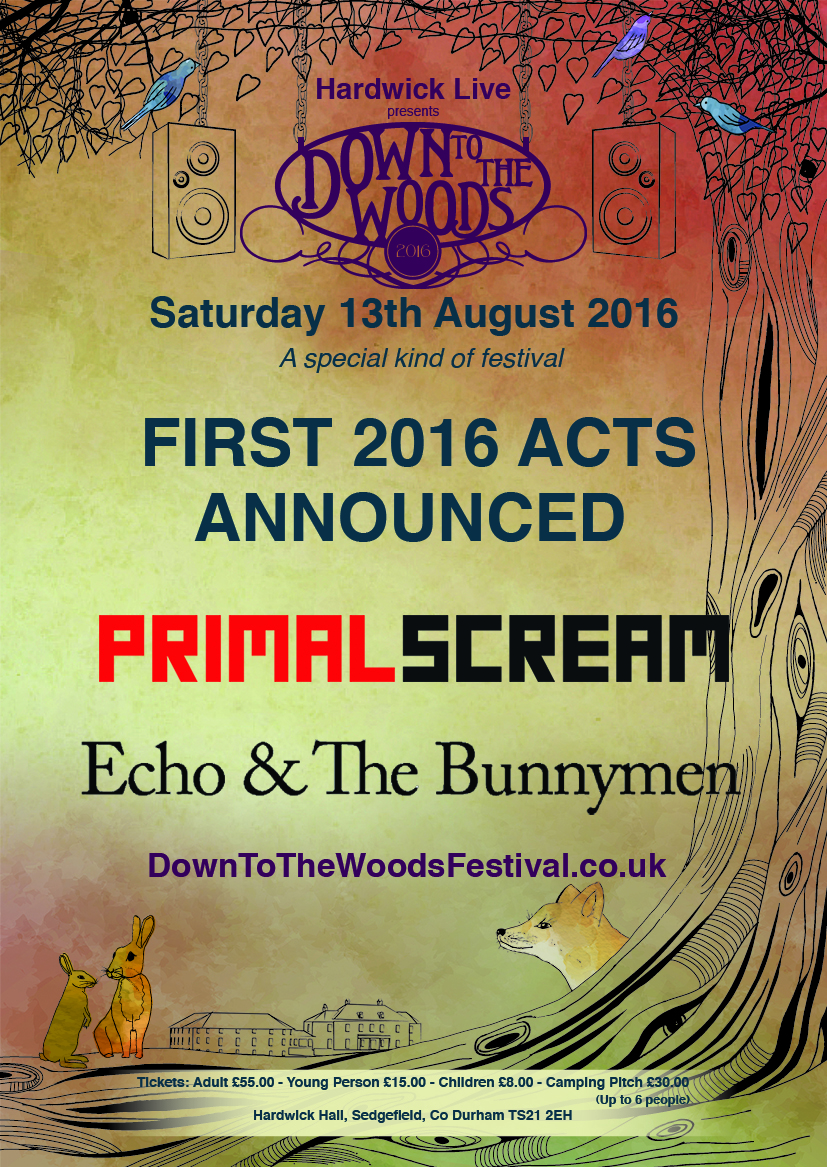 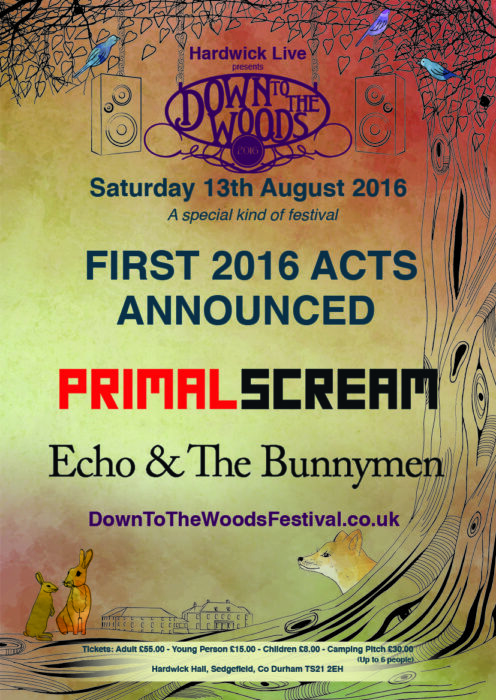 One of the world’s most notorious rock bands are to take to the stage at the North East’s premier music festival next summer.

Scottish legends Primal Scream are one of the first acts to be announced for Down To the Woods – successor to the 2015 sold out Hardwick Live festival – will take place in the grounds of Hardwick Hall Hotel, County Durham on Saturday August 13.

Following on from the huge success of last year’s former sell out event which featured top performers including James, Razorlight and Embrace, organisers are now planning the inaugural Down To The Woods festival, with the promise of a packed programme full of amazing acts.

Primal Scream will land in the North East with an enormously strong heritage of 30 years at the top of their game with early bird tickets for Down To The Woods 2016 already sold out even before any of the line-up had been revealed.

They will be joined on stage by classic songsmiths Echo & the Bunnymen who will deliver anthems including ‘Nothing Lasts Forever’.

Jonathan Woodliffe of Ramside Estates, said: “We’re really excited about the programme of artists we are bringing to Down To The Woods.

“To land Primal Scream is a major coup for us, especially as it will be their only gig within a 100 mile radius and to have Echo & the Bunnymen as well really is a double whammy.
2.

“This is the first of many exciting announcements we’ll be making about Down To The Woods in the coming months and we’re confident it is going to be one of THE North East’s biggest music events of 2016 covering the very best of new music and bands of the greatest heritage.”

Primal Scream ensured their legacy with the release of their enormously successful third studio album, Screamadelica, winning the first Mercury Music Prize in 1992. Since then they have maintained a constant assault on the UK and international music scenes, with a new album set for release in 2016. Songs like ‘Movin’ On Up’, ‘Rocks’, ‘Loaded’, ‘Country Girl’, ‘It’s Alright, It’s Ok’ and many more will ensure a party atmosphere during their hugely anticipated Down To The Woods set.

Echo & the Bunnymen have released a string of top 20 hits since the 1980s, including top selling studio albums Crocodiles, Porcupine and Ocean Rain, which all went gold. Ian McCulloch still leads the band with rumours of a new album to be released in 2016. Songs ‘The Cutter’, ‘The Killing Moon’ and ‘Bring On The Dancing Horses’ are sure to be crowd pleasers at the North East festival.

Tickets for Down To The Woods, priced at £55 for adults, £15 for young people and £8 for children, are available now at www.downtothewoodsfestival.co.uk. A limited number of camping pitches are also on sale priced at £30 per tent (for up to 6 people).