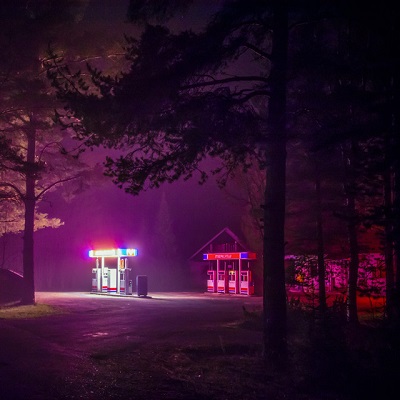 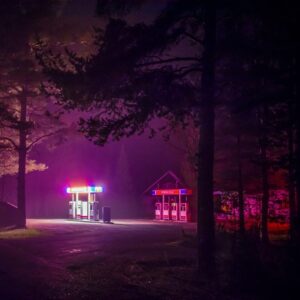 Their last album Kingdom Of Rust was supposedly the last record Doves would ever make, especially when Jimi Goodwin announced at their infamous Manchester Warehouse Project (then housed under Piccadilly Station) gig in 2010, “This will be the last gig for a long long long time, if not indefinitely” We all thought that was it, until Jimi started making little hints, around the releasing of his great solo album Odludek that the band hadn’t actually split. Six years later their are little subliminal messages popping up everywhere on the net that some thing was happening. After 11 years they have returned in magic form with a bang, sticking with producer Dan Austin who did the business on KOR, and again recorded at the bizarrely named Frank Bough Sound 111 Studios.

It starts on a high with the fairground themed feel of Carousels, that massive sounding Tony Allen (late Afrobeat drummer) drum loop cascading around those familiar guitar riffs from Jez and the soaring vocals of Jimi who sounds as good as ever. “I’m gonna take you down, back to the old fairgrounds”. Nostalgic childhood stuff. I Will Not Hide has a chilled out drum intro with more soaring vocals and a fantastic guitar solo that shimmers and echos in a warm psychedelic fuzz. Spacey to say the least. Broken Eyes is just pure old school Doves, an earworm verse and killer chorus. What they do best.

For Tomorrow has a trip hop feel to it and is very piano laden then overlayered with guitars which all stops in the middle and goes all trippy on us like a modern Floyd who have discovered Portishead. Cathedrals Of The Mind could have been an outtake from Kingdom Of Rust, layered in an expanse of sound and effects, a dreamlike song with massive scope that would actually sound top in a church, it just sounds so big and is apparently an ode to Bowie. Prisoners is actually A listed on 6 music so you’ll have probably heard it by now. One of the more upbeat songs that is a surefire anthem when we all go live again. They’ve still got it.

Cycle Of Hurt slows thing down a bit and brings back memories of albums like Lost Souls which was full of melody and ballad like stuff that is timeless. Mother Silverlake has an almost country funk feel to it and Jimi almost goes all falsetto at one point. Bez would have his maracas out to this one. A nice song to warm up your cockles for autumn.

Universal Want starts off slowly with Jimi’s haunting and maudlin vocals, a guitar strumming gently in the background, then melds into the old Sub Sub days, a proper house piano sound that gives it a Hacienda feel which then turns into a bit of old school techno from the vision of Gerald Simpson. Forest House ends the album on a mellow note, a melodic thing of beauty that fits right in with the whole spirit of the album.

Jimi, Jez and Andy have been hiding away in their converted barn, keeping quiet about this right up until the last minute and have pulled it off by bursting back onto the Manchester scene like they’ve never been away. It will be great when they tour this one, and I for one can’t wait, especially if they do a forest tour. The album is made for that kind of setting. Here’s hoping…

Quick note to one of my critics. I didn’t fuckin’ swear once (oh shit…)