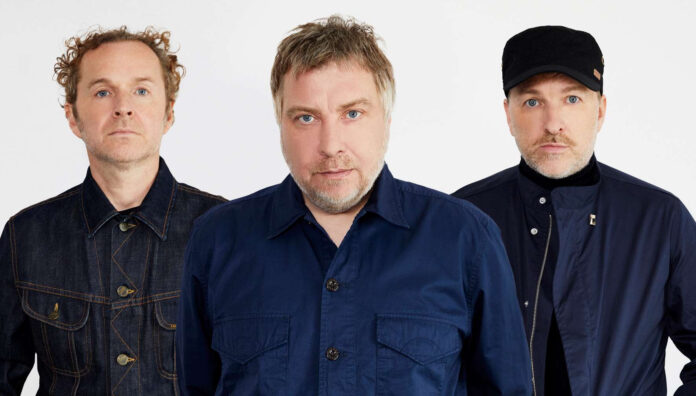 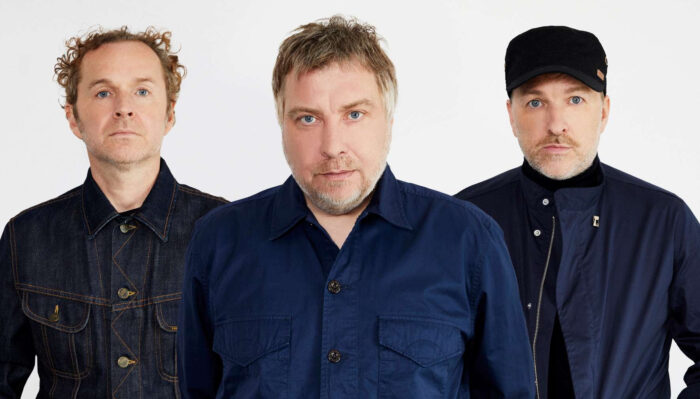 Doves are back yet again with one of the most beautiful songs they’ve aired in a long time. Jimi Goodwin is in fine vocal form on probably their strongest moment on the new album. A soaring psychedelic anthem of mammoth proportions. As Liam Gallagher would say “It’s biblical” All the info is below:

Calling on higher powers, and receiving gifts in turn, Doves appear to bring heaven to earth with the release of their latest, luminescent track, Cathedrals Of The Mind, lifted from their forthcoming, fifth album, The Universal Want, released on EMI on Fri 11 September 2020. Filling and breaking hearts, the achingly vulnerable voice of singer, Jimi Goodwinmeets the valley-deep atmospherics cultivated by band mates, Andyand Jez Williams, sweeping with delicate grace in breathtaking murmurations.

With band members separately citing Talk Talk and David Bowie as inspirations, Cathedrals Of The Mind once more finds Doves becoming the incomparable sum of their parts, digging deep into their own, expansive record collections and leveraging three decades of experience as a studio band to wrangle electronic and organic sounds into celestial shape. Looping guitar lines, bass subdued to scratchy dub outlines and echo-laden percussion punctuate the track’s rolling landscape, with Goodwin’s affecting vocal performance effortlessly evoking both hurt and hope in each breath.

Cathedrals Of The Mind subtly continues The Universal Want’s gentle undercurrent of political and social commentary, revealing a band emboldened with new ideas, weaving together borrowed, twisted and reworked sounds.

At the helm of guitars, backing vocals and programming,Jez Williams says of the track: “The song stems from a single hook, which developed to evoke this expansive internal monologue, this never-ending chasm of thought. Subconsciously, through words thrown against it and made to fit, it came to be about someone always being on your mind. The listener can form their own ideas. For me, it was about the loss of Bowie.”

In July, Doves confirmed that their fifth album, The Universal Want, would be formed of ten tracks recorded between 2017 and 2019, seven produced in the company of Dan Austin and gathered together in studio sessions that started in England’s Peak District before journeying to studios in Greater Manchester, the Cotswolds and their own Frank Bough Sound III Studios in Cheshire. Featuring Carousels, the first single, Prisoners and Cathedrals Of The Mind the album is the band’s first for eleven years, following 2009’s Kingdom of Rust.

“It’s a prayer to sonics,” reveals Jimi Goodwin. “We still love production and sonic detail. The album more than meets our expectations and, for once, we were unanimous in the track listing. We’re ready to let the whole world in and then gently close the doors. We’ll leave the listener to work out what we meant by it all.”

Doves have announced a run of 17 UK & Ireland tour dates, including a SOLD-OUT emotional homecoming at Manchester’s O2 Apollo, plus additional dates at both the O2 Academy Brixton and Glasgow Barrowland, added to meet demand after fans rushed to hear new songs and experience the breadth of the band’s extensive and cherished back catalogue live. With limited tickets remaining, The Universal Want UK & Ireland Tour dates are as follows:

The Universal Want, released on coloured vinyl editions, CD and digital formats, as well as a special-edition box set is available to pre-order now. The full track listing has been confirmed by the band as:

Album artwork comes hand-picked by the band by London-based, Finnish photographer, Maria Lax. Her 2020 photobook, Some Kind Of Heavenly Fire, set evocative images alongside memorabilia relating to a moment in time, when hardship, industrialisation and UFO sightings disturbed the peace of her isolated hometown in Northern Finland. Struck by the power in her work, Goodwin acquired the book, then gifted his band mates a copy each.

Turning the page onto the next chapter of a three-decade career, The Universal Want follows the Mercury-nominated albums, Lost Souls (2000) and The Last Broadcast (2002), their second, successive UK Number One album, Some Cities (2005) and Kingdom Of Rust (2009).