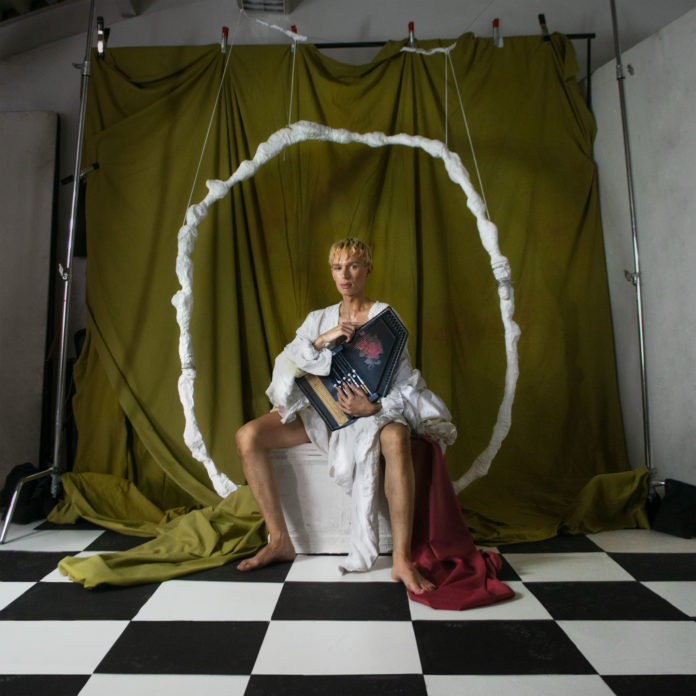 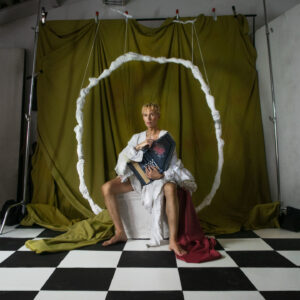 “I am free”, Douglas Dare reassures us on the opening track of his new album, Milkteeth. And we need that reassurance. After all, Milkteeth has been a long time coming, dropping almost three and a half years after his second album, Aforger. The time has been well spent as, pleasingly, Milkteeth sees Dare progress purposefully from his earlier work.

As an integral part of the acclaimed Erased Tapes roster, it shouldn’t be a surprise that Dare demonstrates outstanding technical ability, creativity and imagination, delivered with a refreshing absence of conventionality. On Milkteeth, he’s steadfastly refusing to stand still, building upon the earlier promise of his first two albums.

Those earlier albums, Aforger And Whelm, were centred around Dare’s piano compositions and his sumptuous voice, but Milkteeth leaps forward in terms of its complexity and maturity. Not that he has crowded the grooves with a whole stack of instruments or anything. Not at all. His music remains minimalist and fragile, but he has introduced different sounds and certainly different themes.

The most notable difference in terms of instrumentation is his introduction of autoharp. This is clearly a new toy that he is quite taken with, although he uses it commendably. The effect is to bring more variety to his songs, which, when taken across an entire album, now sound more interesting and engaging.

The autoharp also conjures up a folk-feel to this collection, but not in a kitsch way. Let me be clear – this is not a folk album. Instead, it feels like P.J. Harvey’s masterpiece, Let England Shake, as it evokes images of England’s green and pleasant land in bygone times. Perhaps this is not entirely surprising when you understand that Dare grew up on a dairy farm in Devon. The other striking similarity to Let England Shake (apart from the fact that both Dare and Harvey are natives of the South West) comes with the themes of the songs. Sure, it might sound like rolling meadows and skylarks, but there’s some dark undertones going on here.

I referred to his reassurance in the opening track at the beginning of this review. He provides further grounds for optimism in the second track, Red Arrows, when he tells us that “we’re not running way”. But it transpires that Douglas is not being entirely honest with us. The next track, Heavenly Bodies, which happens to be the stand-out track on the album, hints at what would appear to be a difficult childhood. He asks imploringly, “are my parent proud of me”, before requesting “Mother, Father, can I lie between your bodies tonight”. It’s a gorgeous song, porcelain like in its fragility, and vivid and stark in terms of the pictures it paints. Above it all, there is the voice. Dare’s vocal has never been better than on this track. It rips you apart. Think a more sorrowful Jeff Buckley and you’re getting there.

Recent single, Silly Games, continues the theme of childhood reflections. This paean to loneliness features him desperately looking among his busy extended family for a companion to share in their silly games. The other single from the album is The Joy in Sarah’s Eyes. However, I have no idea why there may be joy in her ocular organs given the fact that she would appear to have witnessed the collapse of a ceiling at the age of nine. See what I mean about the darkness. Ironically, it’s on this track that the music itself sounds most rounded, most conventional, and most upbeat.

The Stairwell is a beautifully composed short piano piece that precedes Wherever You Are. Here we return to an earlier theme – hiding – as he pleads with his absent friend to “come out, wherever you are”. Given Dare’s persona, I sense that there is a message in here, one which seeks to instill courage and that’s got to be a worthy thing.

The penultimate song on the album is The Playground. It’s another stark reflection on childhood with a lovely piano motif that is reminiscent of something that Radiohead might write. It builds and grows magnificently, preparing us for the album’s heart aching finale, Run. Despite promising us earlier that he wasn’t running away, we learn here that, again, he wasn’t being entirely truthful as he confesses to us, in the very last line of the album, “if you are reading this, I’ve run away”. It feels like a quite tragic end.

So much of this album is highly personal. But one of the things I really admire about Dare is that he tells these stories without any self-pity whatsoever. Instead, he manages to narrate them, interspersing the challenging moments with happier memories, in a way that feels slightly detached. That doesn’t detract from the depth of feeling or emotion, in fact it makes the listener feel even more emotionally invested.

Milkteeth is a gorgeous album, beautifully composed and sung. It comfortably represents Dare’s most complete work and it’s unlikely that you will hear many albums that sound like this in 2020. It’s certainly worthy of a much bigger audience.