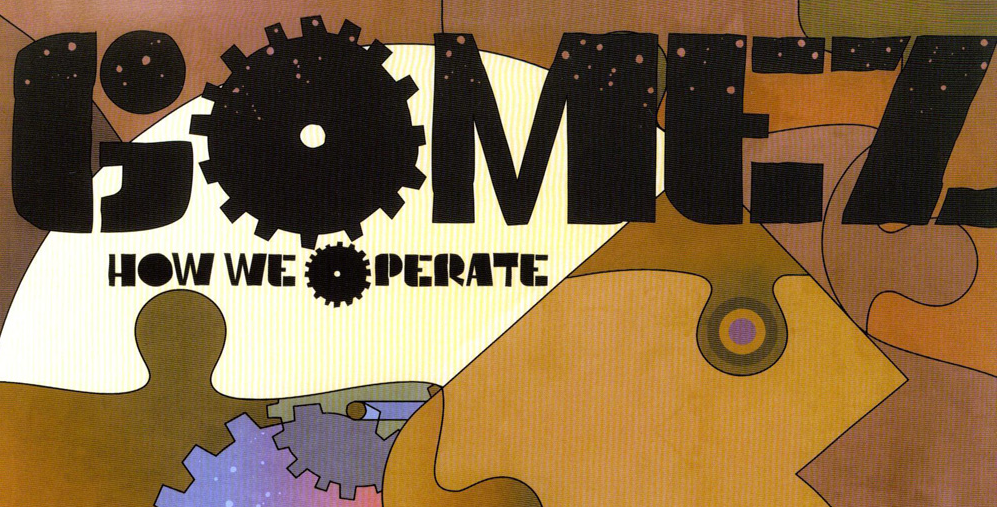 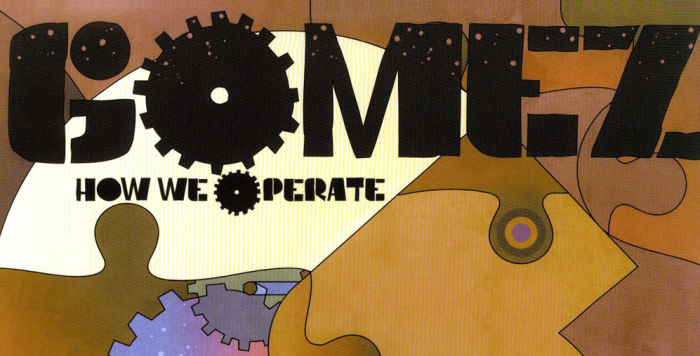 There’s an episode in Frasier – the stilted but successful sitcom about two eminent, stuffy psychiatrists – where the two Crane brothers ponder their sensibility. Niles had a futile attempt at getting high, but completely botched it, and accepts that he never has, and never will, rebel. “But surely,” Frasier surmises. “By doing that, you have rebelled against rebellion?”

In other words, doing something seemingly straightforward, or removed from exploration or felony, doesn’t necessarily result in something being safe or unadventurous. For Gomez, this was certainly the case for their fifth album How We Operate; after years of being known for their delta-blues howls, their escapism in electronic veneers and their shifting, seismic creativity, surely making an album of concise indie pop/rock was, in a perverse way, their biggest experimentation yet?

In fact, one can argue that taking such a road often travelled resulted in there being greater repercussions – on Bring It On and Liquid Skin, their two-fisted statements of eclecticism, they had no boundaries or cages to operate within. But by creating a record that was, on the surface, moulded by urgent, accessible rock, Gomez suddenly had rules – not limitations – to follow. There are guidelines, procedures in place, and to break them can result in grave misfortune. Fortunately for the Southport five-piece, How We Operate was, and is, a triumph, a showcase of their sensibility within a more rock-orientated framework. One decade on, it’s an album that’s both an anomaly and an achievement – it’s direct, warm, approachable and tuneful (not to say any of their previous work wasn’t, and even 2004’s Split the Difference was the beginning of this transition). It was radio-friendly, but it still had teeth that could bite.

Gomez being Gomez, however, the songs still swelled with tinkering hands, restless minds and a thirst for progression. The title track followed a Foo Fighters-style template – tense, taut guitar (and banjo) motifs that bleed into crunching crescendos, appropriating Ben Ottewell’s lacerating howl into an arena rock roar. When it comes crashing down, there was still enough of Gomez’s charm and character to keep it from dissolving into an empty, Kings of Leon-style cheap-seat rattler; it was shimmering, stunting and always ready for lift-off. It was a trick they’d return to, with more velocity and verve, in ‘All Too Much’, which used the quiet-loud dynamic to propel a sliding, regretful riff into a cruising crunch of grungy fuzz. It was no surprise that behind the production duties was a certain Gil Norton, the perfect purveyor of heavy melodies, the kind that sound like a beautiful glass chandelier being severed into scuzzy shards. 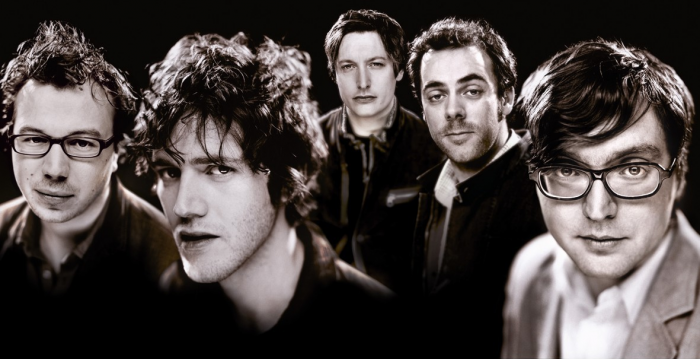 How We Operate‘s, well, modus operandi could be concluded within the first few seconds. The moody, introspective ‘Notice’, led by the forlorn, intimate vocals of Ian Ball, sees the tousle-haired troubadour sigh: “I stopped trying to write the things that I like, and I started going back to where I’d been before.” ‘Notice’ is a turning point from what has come before – even Split the Difference was replete with rickety segues and thumping idiosyncrities, but here was a song that was low-key and languid, but still highly loveable. Even better is the folk-tinged ‘See the World’, a gallant, soaring jangler in the Teenage Fanclub vein, all summery harmonies and glittery acoustic arpeggios.

The most satisfying thing about How We Operate is how it still feels like a record with an agenda, like five nerdy boys broke into a Kooks concert and, with a shit-eating grin, thought they could do it better without an ounce of that sincerity. It’s there in spades on ‘Girlshapedlovedrug’ – a syrupy and silly strum that has all the seriousness of ‘Shiny Happy People’, but still wears its sentiment strongly. Delivered impeccably by Tom Gray, who had a wry detachment in his eloquent delivery, it was the perfect choice of first single and also had a great video.

When Gomez find the time for exploration, it still satisfies, but feels like oddly strange within such a contemproary, concise record – ‘Chasing Ghosts With Alcohol’ and ‘Charley Patton Songs’ rumble and rouse with their stirring strings and lilting moods, but they don’t represent How We Operate‘s key messages – that would be within tunes like ‘Cry On Demand’, deceptively throwaway, gloopy rockers that are propelled by silly melodies but serious smiles.

After How We Operate, Gomez would go back to their more inventive roots for 2009’s A New Tide, before 2011’s Whatever’s On Your Mind combined the two. It’s been five years since they last made a record, with Gray, Ottewell and Ball all enjoying solo sojourns (the latter also aiding Luke Steele with his bombastic Empire of the Sun project). With so many bands lost in the hiatus hideyhole, Gomez’s feels the most sorrowful – by stripping away their previous eccentricities, they had given us an appealing second act in their career, one that doesn’t feel yet over. Let’s hope they’re back soon.