Home Music Bands You Don’t Wanna See My Ghost – The Kooks’ ‘Inside In/Inside Out’... 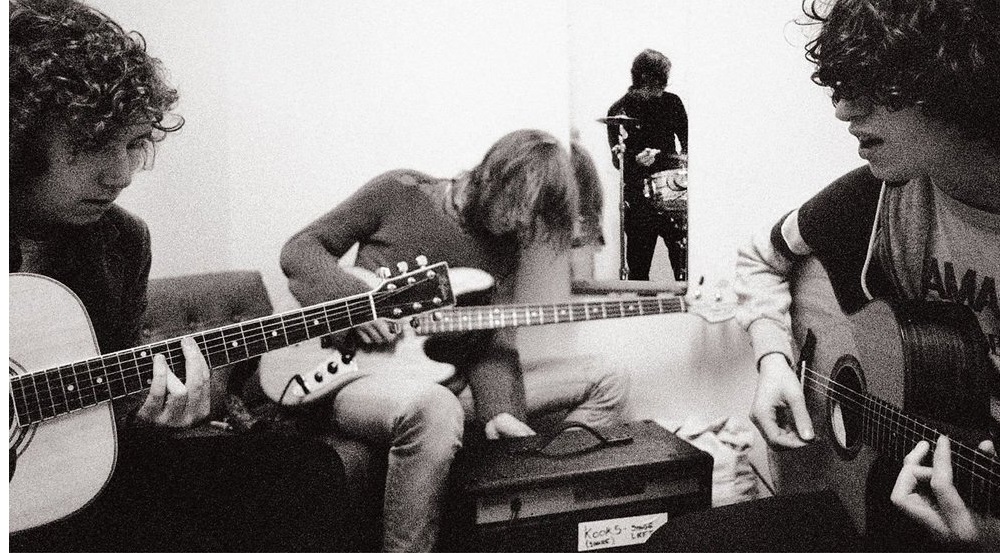 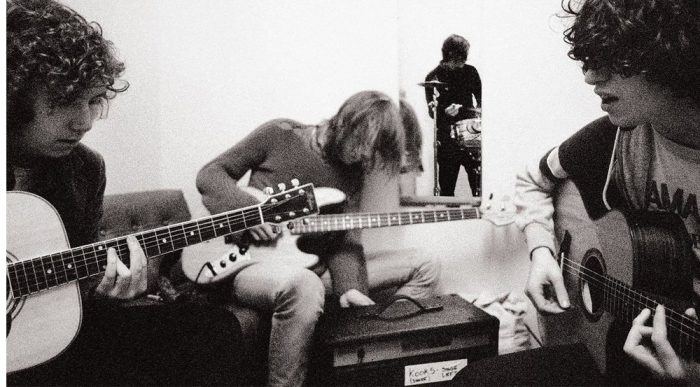 It’s hard to fathom – or should that perhaps be hard to stomach – that the bands one grew up loving are now celebrating sobering anniversaries. It may not seem that long ago that The Kooks were ripping up the charts with summery strums and a ’60s-inflected pomp, but Inside In / Inside Out, and specifically its renowned single ‘Naive’, are now old enough to sit in the front.

The Brighton-based band, led by the terrifically tousled Luke Pritchard and the straw-haired hellraiser Max Rafferty, had already seen a rapid ascension thanks to the album’s lead three singles, but even in that short spat of releases, their maturity and growth was developing just as swiftly. Lead single ‘Eddie’s Gun’ has the rapidness of an indie bullet, pubescent pub rock with a Supergrass-style shrug. ‘Sofa Song’ was more refined, almost a pre-cursor to the smoother Kooks that would dominate summer festival afternoons, matching the band’s favoured acoustic strums with a Strokes-enthused chorus. ‘You Don’t Love Me’, their first single to hit the top 20, continued the trend, albeit in more blistering, Britpoppy fashion.

Inside In / Inside Out was eagerly anticipated, then, and for an album that’s awash with giddy adolescence, spiky scuzz and Pritchard’s divisive yelp, it begins with a whimper rather than a bang. Not musically, though – ‘Seaside’ is one of the band’s most loved songs, serving as a maudlin message to lost loved ones as our curly-haired commentator asks “do you want to go to the seaside?” in a hushed, emotionally-drained husk. The expectancy for the song to soar into a full-band crescendo looms as large as the waves that engulf Brighton Pier, but it never comes; instead it’s mere ripples, as a crackly acoustic and Pritchard’s whisper roll away like the morning tide. Not many indie bands can accredit a solo acoustic jaunt as one of their most loved, so testament to The Kooks for such quality.

Six singles were released from Inside In / Inside Out, demonstrating the record’s immediacy, with five of them arriving in tandem after the barnstorming ‘See the World’. After ‘Eddie’s Gun’ comes the more maudlin ‘Ooh La’, a moody Verve-indebted strum that can sometimes sail on the saccharine, but boasts the kind of infectious chrous that laughs in the face of thoughtfulness. The mid-way point is greeted by ‘She Moves In Her Own Way’, a boozy acoustic skiffle that sounds like the band rooted through their parents’ record collection and created a delightful patchwork of pastiche. It’s quite lightweight, but when you’re in the hit-making game, heaviness can bloat; ‘She Moves…’ still has a breezy saunter that never fails to refresh.

Stacking up all the singles in the middle run can cause an artistic cul-de-sac, but The Kooks’ exploration and enthusiasm leeks through to the latter half of the record. ‘Matchbox’ belies its reggae-tinged verses with a full-throttle chorus, Pritchard screaming “don’t come too close, you don’t wanna see my ghost” over loose-limbed noodling. ‘Naive’ is perhaps the band’s most famous single – from its scuzzy, introspective riff to the trite, but terrific, chorus, it had all the hallmarks of a hit even before it was released. Moody but uplifting, jagged but creamy, ‘Naive”s funk-infused guitar motifs cascade into a haunting finale as Pritchard cries “just don’t let me down.” It’s still an indie rock staple ten years later, but, then again, so are a few of the band’s hits (the 2008 single ‘Always Where I Need To Be’ and 2014’s ‘Around Town’ have enjoyed traction). 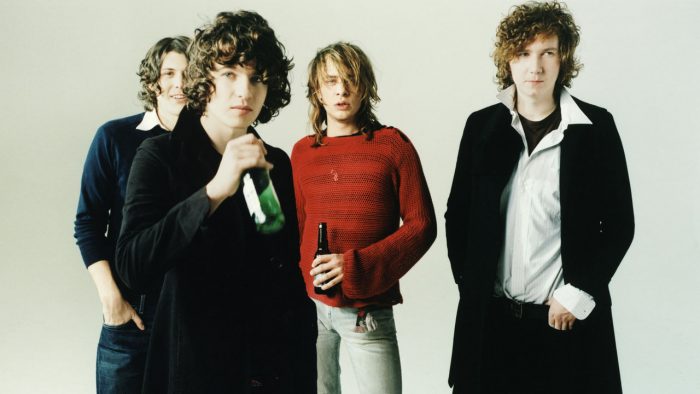 ‘I Want You’ tries to be big and adult, but in an album that’s slapdash and silly on the surface, its straight face feels hamfisted and haughty. Unbelievably better is the earnest ‘Jackie Big Tits’, a song that’s surprisingly sensitive until the, erm, ‘titular’ character is revealed like a 15-year-old discovering the girls’ PE changing rooms. It’s hard to know whether or not, a decade later, the band cringe or clap at such a title, but either way, fans still giggle feverishly at its introduction. One seems to remember an entrant in a boat race competition was banned after calling their vessel ‘Jackie Big Titts’ (sic).

The production values of Tony Hoffer must not be ignored – he has the ability, from his work to everyone from Beck to The Thrills, to give indie rock records an effervescent glow, while allowing the instruments to breathe. The woozy ‘If Only’ has ramshackle riffs and Pritchard’s best Gaz Coombes impression, but closer ‘Got No Love’ feels like a weak, 70s FM rock knock-off – there’d be time to be serious later.

Since Inside In / Inside Out, The Kooks have managed to keep their curly heads above water. Three more studio albums have followed, and while each one may have sold less and less, they can still easily sell out venues and demand attention. They became derided as years went on, not least for Konk‘s wafer-thin, radio-friendly sheen, but Inside In / Inside Out was as thrilling as it was credible. Ten years on, it has lost none of its wistfulness, wit or wonder.