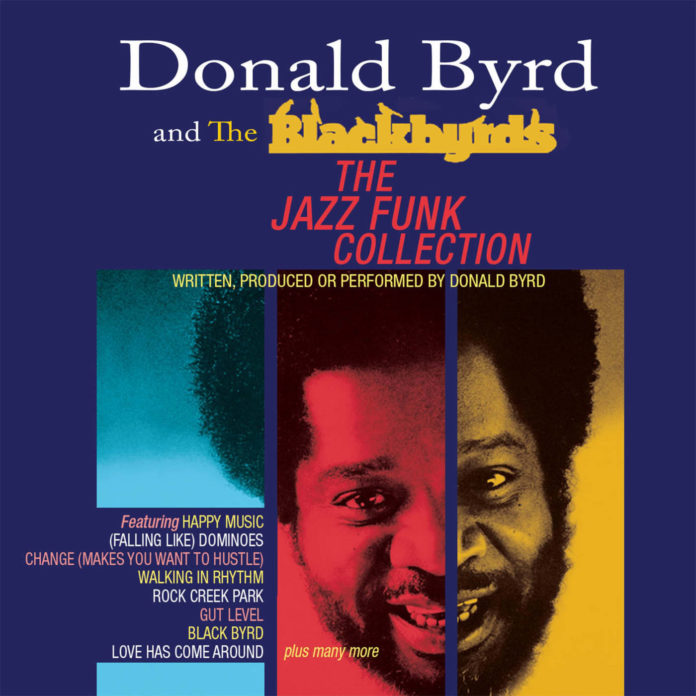 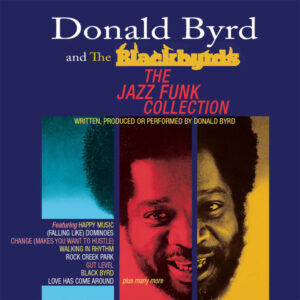 Donald Byrd and The Blackbyrds: The Jazz Funk Collection

Donald Byrd titan of American jazz and his close associates The Blackbyrds are neatly compiled in this 3CD Anthology. Louder Than War’s Craig Chaligne reviews.

Donald Byrd had been prolifically recording for Blue Note since the late fifties but had begun gradually shifting his musical style towards a grittier and funkier approach on his albums Fancy Free, Electric Byrd and Ethiopian Nights. None of these albums achieved major commercial success but that was to change in 1973 when he joined up forces with producer Larry Mizell on what was to become the legendary Black Byrd LP. Mizell convinced Byrd to simplify his musical style, concentrating more on melodies rather than musical prowess. The success of this approach led to Byrd recording five albums back to back with Mizell. The anthology starts with a track from the follow up LP to Black Byrd, Street Lady, titled “Lansana’s Priestess”, a rather majestic composition clocking in at almost eight minutes mixing harmony vocals, cascading pianos and of course Byrd’s virtuoso playing. We are back in Black Byrd territory next with two numbers from that LP starting with the title track and its groovy vocals. The smooth funk-soul of “Love’s So Far Away” is followed by another mammoth of a track from Street Lady, “Witch Hunt” built around a repetitive bass line that engraves itself in the brain while “Flight Time” is similar in style to “Love’s So Far Away”.

Byrd kept a career as a musical academic throughout his life and it is while teaching at Howard University in Washington that he selected the members of what would become The Blackbyrds. Their mentor secured them a record deal and also provided with their first chart success with the funky “Do It, Fluid” and also co-produced their self titled LP with Larry Mizell. The other two tracks included here (“Blackbyrd’s Theme” and “Walking in Rhythm”) show a band with a keen ear for a tune and an already fully form flair when it comes to arranging. Maybe the understudies influenced their mentor as Byrd’s music would take an even more commercial direction on 1975’s “Places ans Spaces”. The dancefloor fillers “Changes (Makes You Want To Hustle)” and “Dominoes” tipify this but you get a feelling of Byrd being a guest on his own record (his trumpet being drowned out by the strings on the excellent “Wind Parade”), something you didn’t get on its predecessor Stepping Into Tomorrow which managed to keep Byrd at the front while giving space to the Mizell’s songwriting and production.

Meanwhile The Blackbyrds continued recording undet Byrd’s supervision releasing their third album in two years: City Life. The poppy “Flying High” and its exuberant strings and the funky “Hash and Eggs” with its insistant clavinet are both fine tracks as is “Cornbread” from their soundtrack to the film “Cornbread, Earl and Me”. 1976’s “Caricatures” would be Byrd’s last collaboration with the Mizell brothers. It is a continuation of the sound of Places and Spaces but with Byrd more present and given more room to show his skill on the trumpet. It is represented by four tracks including the excellent “Onward ‘Til Morning” that sees Byrd steal the show with a great solo. The Blackbyrds released “Action” in 1977 moving in a slicker direction similar to Donald Byrd’s. Centered on luxurious string arrangements and complex synths layers (“Lookin’ Ahead”, “Street Games”), it sees them moving in a smooth funk direction that proves to be another success.

Byrd’s move to Elektra records for 1978’s Thank You… For FUML (Funking Up My Life) saw our host produce his most commercial record to date as proved by the exuberant title track and the steady beat of “Have You Heard the News”. Surprisingly the album failed to chart but the follow-up And 125th Street, N.Y.C was more successfull even if the three tracks represented here (“Givin It Up”, “Pretty Baby” and “I Love You”) don’t match the quality of the songs on its predecessor. Byrd’s next two albums Love Byrd and Words, Sounds, Colors and Shapes were produced by Isaac Hayes. We were now in the early eighties and unfortunately electric pianos and analog synths had been replaced by early synthethizers and echoey drum sounds so both albums are charming MOR vignettes of the time but don’t fare too well when compared with the Mizell brothers era.