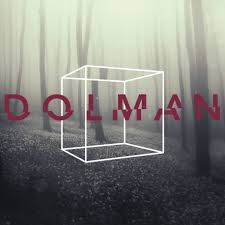 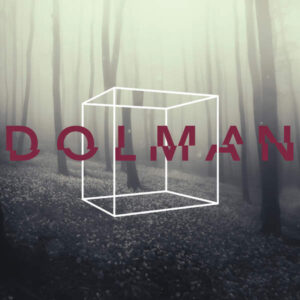 Dolman are Bristol duo Ben Salisbury (DROKK) and Scott Hendy (Boca 45) and on this, their debut release they not only manage to put their individual stamp on the album but manage to create a new sound that is exciting, original, and cinematic. Simon Tucker reviews:

The influence and rise of popularity of the soundtrack is there for us all to see. Labels like Death Waltz, Invada, and One Way Static are all putting out quality releases which the public are most certainly hungry for. Not only is the soundtrack selling well, but the ideals and ethos’ that go into making a great OST have been seeping into all forms of popular music for a while now. Just listen to artists like Mogwai, Slint, Godspeed You! Black Emperor, Bjork and Jon Hopkins and you will see how they take what is deemed “cinematic” music and twist it to their own unique forms.

Why mention all this? Well after one listen of this superb album and you will get that this is a soundtrack album in all but name. Yes, there is no film to go with it (yet) but the entire work plays out on a narrative structure that starts with a traditional intro, lets us meet the characters and give them their own themes, gets dark in the middle and has a glorious final act.

Dolman (the name taken from a stand at the duo’s beloved Bristol FC ground) have smashed their influences together, creating a unique identity that incorporates Hip-Hop, Soul, Electro, and Drone whilst never once jumping on the cliche bandwagon.

You want examples? Fine, take ‘On Stoney Ground Part 1 & 2′. These two songs alone are worth the admission price as the first is a tribal stomper that actually (thanks to the great vocal performance by Danny Coughlan) sounds like Frank Sinatra being fondled by Sepultura as the Wu’s stand at the side injecting menacing stares and quips. I’m guessing Ol’ Blue Eyes didn’t make it to heaven and is paying for his digressions. Should have kept it zipped up Frankie boy. The second part removes the tribal nature and instead floats menacingly around making it, even without the pounding drums, the darker of the two especially as the lone piano plays us out.

Ah yes the piano. Don’t be fooled into thinking that this is a purely electronic release as there is a human hand overseeing proceedings. Piano, mandolin, and guitar all make appearances throughout and although they may be buried in the mix they are there if you look for them, adding texture and emotion.

Emotion is another major aspect in what makes this album so great as we are toyed with constantly throughout its brief running time (come on lads, make a nice 90 minute epic next eh). It is there in the torch-soul of The Rainbow which throws into the well of souls clutching onto a loved one. All of this is made possible by the stunning vocal of Adele Emmas who manages to step into the realm dominated by Lana Del Rey and owning it, making it her own, piercing your very being.

Ben’s work on scores and Scott’s hip-hop production style make Dolman a richly produced album with layers added to create a heavy feel but without making you claustrophobic like on Vdow which has very percussive feel underpinning the track without resorting to cliche thump and bang.

Dolman have created a very strong debut album that lets you create your own images and helps you drift into a world of noir.

Scott Hendy can be found on Facebook as Boca 45 and on Twitter as @scottbocakai. He recently put out the stunning album Dig Eat Beats Repeat.

Ben Salisbury’s on Twitter as @Benjaminsal. He recently put out the Ex-Machina OST with Geoff Barrow.