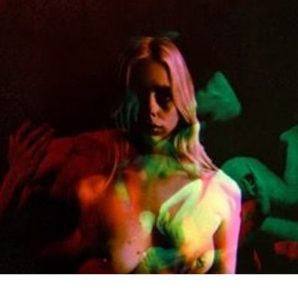 Louder than War have a listen to Dollkraut’s latest work with a review of Oblivion, a track taken from forthcoming album Holy Ghost People.

The track starts off with a haunting Portishead-esque Theremin riff that forms the background to this fascinating and intriguing piece. A slow, yet beautifully produced drumbeat comes in and with the repetitive keyboard riff on top, you already know you are in very strange territory here. There is a creeping dread that the track exudes that reminds one that it could easily soundtrack Armchair Thriller or Tales of the Unexpected (younger readers need not apply).

The keyboards have a church organ feel, and yet there is also a joyous, quite playful feel to the riffs that actually make the track more chilling. Childlike riffs continue until a drum break brings a welcome relief from the creepiness. However, this is short lived and the track plays out to the infectious, yet unsettling aura of the instrumentation.

The soundtracky feel that the track is reminiscent of both obscure Norwegian kids programs and films like Suspiria. Genuinely creepy stuff that is like nothing I have ever heard before, but I definitely want to hear more. This tune really does defy a generalisation.

All words by Ioan Humphreys. More from Ioan in his author profile.