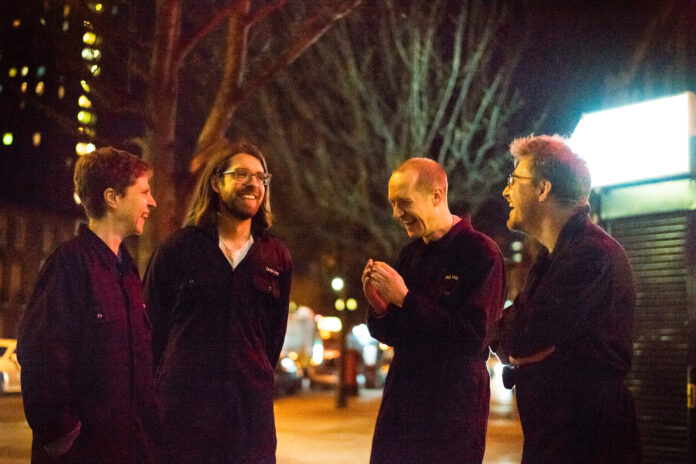 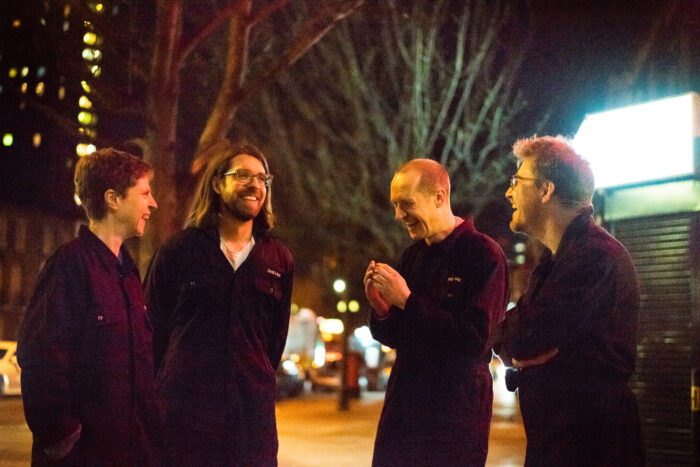 Turn Right and Right Again is a title track from the new EP by the London-based collective Dog Unit.

Dog Unit are a relatively recent formation. The band has been rehearsing since 2017. Their first EP Barking to Gospel was recorded amidst lockdown in 2020. Mixed by Kieran Hebden of Four Tet, the four songs have an immersive post-rock element combined with frenetic rhythmic texture associated with post-punk and electronic music.

On their official BandCamp profile, Dog Unit describe their music as “post-rock you can dance to”. Speaking to John Kennedy of Radio X London, the band members explained that the concept was not deliberate. “Some of us come from electronic music background and so we have that kind of dynamic”, said Sam Walton, the bass player. “It was my sister who came to see one of our gigs and who suggested that (she is quite into post-rock), saying that normally you cannot dance to postrock.”

Dog Unit play instrumental compositions, featuring guitar, omnichord, bass and drums. Despite lacking words, songs seem to tell stories, partly hinted by the titles. The band’s drummer Lucy Jamieson elaborates on that: “Maybe because we are an instrumental band so we don’t have lyrics, obviously we don’t focus on them, so song titles become quite important”.

Turn Right and Right Again retains the energy and contemplative vibe of the earlier compositions. Both Kieran Hebden and David Wrench of audiobooks were involved in the production. The EP will be released on 11 March 2022.