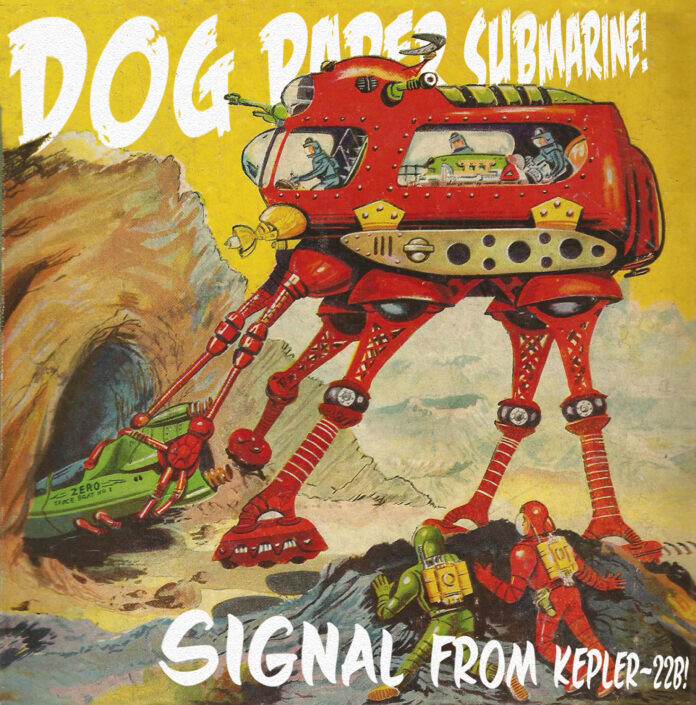 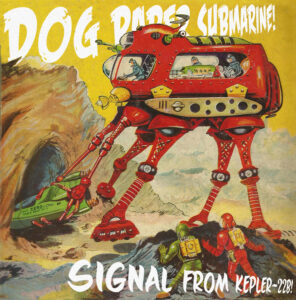 Six cracking tracks (seven if you count the 30 second intro of a title track) from the Norwegian trio made up of frontman Martin Månsson Sjöstrand, Carro (drums) and Emil (bass) create a thoroughly refreshing blend of indie, surf, faux-grunge and psychedelia which will blow the cobwebs away to kingdom come.

It’s jam-packed with raw guitars, throbbing bass and enormous drums and is, underneath all the fuzz and deformation, actually a pretty commercial affair just bursting to be set free. Ms Moonlet in particular is lively, catchy and difficult to forget, and that would seem to be the strong point of this EP – superb hooks that just cannot be easily forgotten .

There’s a hint of Blur’s Coffee & TV in Happiness To Reinvent and that’s no bad thing. In fact, Sjöstrand’s vocals aren’t unlike those of Damon Albarn at times, his words clear and precise albeit in a slightly different accent, but listen and you’ll get the drift.

Breaks from the main tune add spark and fire to several moments, anarchic in places and punk-like in attitude. It’s like the best of those American pretend-punk tunes have been given some meaning and life, and their melodies have been given a kick right up their baggy arsed jeans.

Weeping Firefighter has the best of those 60s singalong surf melodies, like Brian Wilson on crack cocaine as he screamed from the back seat of a bus, drinking neat vodka from the bottle. Intrigued? You should be, it’s all marvellous stuff.

On album closer Snail, it’s all power and madness again with a chorus which will become your earworm of the day should you allow it. There’s no doubt that Dog, Paper, Submarine pack a punch, the only problem with Signal From Kepler 22b is that it all ends far too soon.

Dog Paper Submarine are on Bandcamp here: dogpapersubmarine.bandcamp.com. They can be also be liked on Facebook.