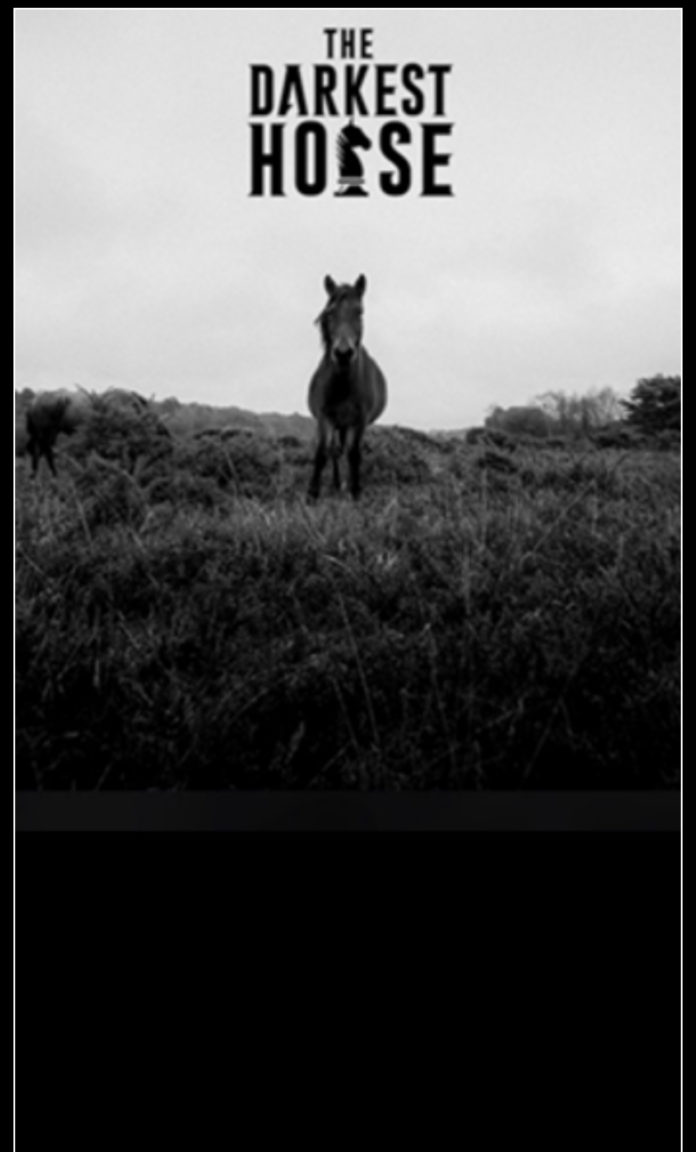 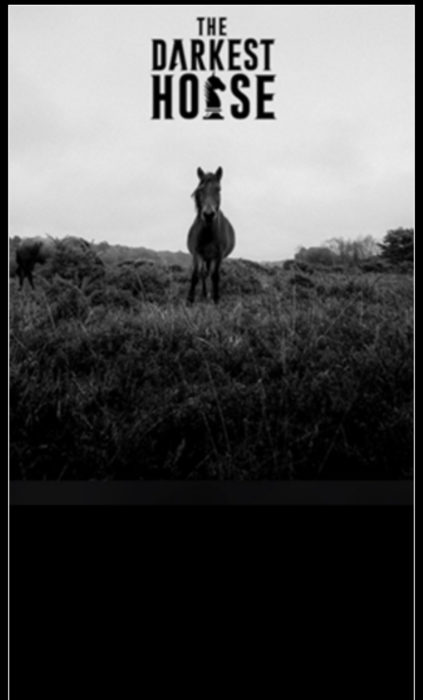 ‘No Time To Die’ written and performed by: THE DARKEST HORSE

Bond …James Bond.  The very name – big, bold, badass and blatantly British – instantly conjures up ultra-iconic images of the quintessential protector of the realm, a stoic defender of the helpless and an unshakable champion for the little people…

However, from a music industry perspective, this honourable facade could not really be any further from the truth. Almost SPECTRE-like, it is the faceless heads of production companies and inaccessible producers and executives that turn wheels, pull levers and press big red buttons to send their chosen favourites spiralling even further upwards into the musical stratosphere.

This ‘little black book’ style of bestowment of favour upon whichever major label artist is hottest and trending would appear to be the predominant means by which Bond music is selected. There is no obvious route by which anyone other than the few golden birds already flying high within the industry skies can even reach the radar of production companies, let alone earn an opportunity to throw a hat into the ring for Bond or any other blockbusters – musical merit alone is seemingly not enough these days…

It appears that even when celebrating the landmark cinematic moment that is the 25th James Bondmovie (and indeed, the great Daniel Craig’s last Bond appearance) – it is only the same small pool of superstar artists (with more contenders appearing to hail from the USA than the UK, incidentally) that are ever in the running, or invited to get involved.

OR MAYBE NOT…  for whilst the James Bondmusical producers are busy stroking Billie Eilish’s fur, in much the same way that the notorious Bond arch-villain Ernst Stavro Blofeld might caress his white cat, a rebellious pair of UK musical underdogs are stood outside the gates of Castle Bond, determined to present their own particular idea on how the 25th Bond should sound.

Because ‘The Darkest Horse’ wants in…

‘The Darkest Horse’, a UK songwriting and music production duo, is raising objection to the musical mega-opportunity being gifted to a non-UK performer (superb though they both agree Eilish is) at a time when Britain needs to feel, well – British.

“Where’s all the Britishness gone out of Bond” they say?  “This is a special one – it’s Bond number 25 – he’s a major British icon, so surely it’s befitting to have some UK music in there somewhere too?”

In spite of the firewalls that insulate Bond PLC’s production company and its executives from being contacted by mere mortals, ‘The Darkest Horse’ team has released its very own ‘No Time To Die’ Bond theme version, regardless of Eilish (and her very talented brother Finneas) now already being victorious in the Bond theme selection. This was celebrated by a stunning live performance of the song at the Brit Awards last week, where they were accompanied by erstwhile Smith guitarist Johnny Marr and the keyboard maestro (and Bond 25 music score lead), Hans Zimmer.

There is little doubt that Billie and Finneas are highly talented musicians and songwriters and ‘The Darkest Horse’ duo are the first to emphatically point this out – their beef with the Bond theme having gone to Eilish is nothing personal. Indeed, they stress that it would be very wrong (and highly hypocritical) to slate someone for having become famous and successful as a result of being good at what they do.  Good music is good music – period.

Their issue has more to do with the ongoing preference and deference that the film producers, major record labels and industry insiders appear to be demonstrating towards these few big names at the potential expense of the wider talent pool – the other 99%. There are no obvious transparent channels for small (but talented) independents to even become aware of interesting opportunities like cinematic soundtracks or significant commercial contracts, let alone try to pitch for them.

A recognisable name carries a lot of weight and value and film and music executives are all too well aware of this. They use this dynamically as a way to reduce marketing costs and to provide instant reach, as such names self-market themselves organically – and all the more so in an online, social media driven world full of ultra-connected millenials.

This weighting impacts upon the focus and emphasis of the film and music industries as a whole, for major labels and film-houses now have more reason than ever to work closely with the relatively small number of familiar, easily marketable acts. They are ‘sure things’ and ‘safe bets’, are almost guaranteed to be resource effective and present executives with a minimal risk of failure.

The flip side of this unfortunate coin is that an industry affinity for working more closely with established acts could result in reduced efforts to discover new talents – and may even see larger concerns purposely ignoring the work of artists that are not of a suitable public stature, regardless of the quality of their music, creating a sort of ‘musical caste system’, in effect.

Against this backdrop,‘The Darkest Horse’ is waving the Union Jack regardless and wants to be heard too. In the spirit of Mr. Bond himself, they appear to have taken on an almost impossible mission, but through their own ‘No Time To Die’ theme, ‘The Darkest Horse’ hopes to raise public and media support for the need to ‘Keep Bond British’.

In so doing, there is an accompanying message that suggests the importance of somehow opening up new channels into the fortress world of film and TV, to allow smaller fish to be able to gain easier entry into the warm seas of musical opportunity, extending the talent pool and reducing the current elitist bias.

So is this all just sour grapes, or is there actually an underlying truth behind the claims that are being made by ‘The Darkest Horse’?

Well, when taking a look back at the last ten James Bond movies made, it is interesting to find that 8 out of 10 have indeed all been sung by Americans (the collaboration track between Jack White and Alicia Keys on ‘Another Way To Die’ involving two USA superstars, but only counting as one).

Gladys Knight, Tina Turner and Sheryl Crow performed ‘Licence To Kill’, ‘Goldeneye’ and ‘Tomorrow Never Dies’ respectively.  Following these came Garbage and Madonna with the songs ‘The World Is Not Enough’ and Die Another Day’. The late, great Chris Cornell then provided ‘You Know My Name’, prior to the White and Keys’ release for ‘Casino Royale’, which introduced Daniel Craig as a very human Bond.

Those eight American artists ran after one another like train carriages before finally, happily, a switch back to British musicians was made with Adele’s fabulous ‘Skyfall’ and also for SPECTRE – the last Bond film made – featuring Sam Smith’s ‘Writing On The Wall’.

That potted history brings us to the present day and to the forthcoming landmark 25th Bond movie – ‘No Time To Die’.

Bond 25 was (and maybe still is) a fabulous opportunity to rebuild some national pride within a Britain that has recently been going through something of an identity crisis due to Brexit (regardless of which side of the argument you backed, it ultimately divided Britain and to a degree, it arguably still does).  Following this chaos, perhaps choosing a British artist to celebrate 25 years of Bond and to mark a fresh new chapter for Britain going forth into a brave new world, would somehow have made some good and timely sense. ..

The announcement of Billie Eilish as the writer for Bond 25 may therefore have been something of a missed trick on a number of levels – and the current complete lack of UK music within the entirety of the soundtrack may only serve to amplify this further.

As described, the duo suggest that this now demonstrates that there is an urgent need for a change of focus within the film and music industries, to move selection protocols away from the old nepotistic ways of corporate back scratching, towards a more inclusive kind of engagement and to consider music on its merits, rather than a reliance on stature.

Of the last 10 Bond theme acts previously listed, it is notable that every single one (and likewise, most of the ones before) were performed by an artist fitting the ‘elite’ criteria.

No evident method of entry into Castle Bondcurrently exists for anything other than international superstars – and in 58 years and 25 films to date, the real, sad truth is that there never, ever has been.

So with that in mind, what is it that ‘The Darkest Horse’ wants, in practical terms? Their answer is simple – “Ideally, we still want in.”

Even at this late stage in the process, there still exists a small potential opportunity for Hans Zimmer to squeeze a few courtesy bars of their theme song into a scene within Bond 25.  Getting Hans Zimmer’s attention and reminding him that it would be appropriate to put some British music into Bond 25 is riding very close to the top of their bucket list accordingly.

Should that not prove to be possible, they at least want their own British Bond theme version to be heard – if only to smile and stick two fingers up to the Castle Bond caste system.

What remains to be seen is whether the British media (and ultimately, the UK public) will rise up and back these musical underdogs in their quest to push a homegrown British Bond theme into the download charts – or maybe even into the film itself, somehow, crazy as it sounds…

The fight against the American takeover of a decreasingly British Bond is certainly not over yet, but given the superstar profile of Billie Eilsh, it is fair to say that ‘The Darkest Horse’ team has its work cut out and so now badly needs your help.  Maybe, just maybe, if enough people show their support, Mr Zimmer will smile and find a way to make it happen and keep their dream alive.

As far as ‘The Darkest Horse’ is concerned, it’s still ‘no time to die’…

Check out their alternative Bond theme track on their YouTube channel at https://www.youtube.com/watch?v=0qkOJXMKwag  or at www.darkesthorse.com and purchase it via iTunes.

Come on you Brits and back the underdog..!

Get stuck in and make a statement by helping to take this home grown Bond theme version to the next level.