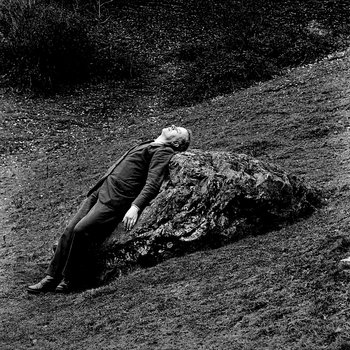 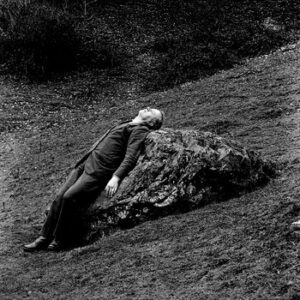 The times they are a’changing.  Someone said that once. Whoever it was was certainly speaking the truth. Storm clouds are most certainly gathering overhead. The curtains are being drawn closed earlier in the night. Choices are being made between eating or heating. Rolling news creates insomniac citizens. Where there is life there is pressure.

Azimuth is the sound of that dread. It’s an album that weighs heavily on the shoulders of those who heed its call. Unstructured yet linear, free of any limitations but sometimes allowing many past trailblazers to infect their vision, Azimuth is not perfect and there are some moments which jar (more of which later) but overall the affect is one of sonic density with plenty for fellow travellers to enjoy and to revisit in multiple listens.

The sheer scope of Azimuth is the main draw here. The band never once shy away from doing what the hell they want to do. Its a sensation you get as soon as you press play as The Old Straight slowly sneaks into life. The song is the sound of the band discovering each other and creating a communal headspace. No need to rush, no need to hurry. This is a test. You’re either with them or against them. if you turn away now you’re going to sorely regret it as the mostly improvised music allows for various melodies and motifs to appear. You try to grab onto one, but then it’s gone. A brief glimpse of what a regular psyche band would fall into. No laziness here, just courage and self-belief.

Oh and by the way, is it ok to say this is a prog album? Probably not. the band would probably hate that, but in the end this is exactly what it is. IT IS PROGRESSIVE. It’s a fight between the blues and psychedelia. Between the whiskey and the lysergic. Drawn Circle is where these two fight it out for top billing but whereas you may feel this sounds cliche you’d be wrong as just when you think you know what to expect, a voice breaks through. No words are required just the sound of a human preaching from afar, guiding you into land. Glorious.

A swerve then occurs and it is one that is unnecessary as we take a trip into the standard with Blood On The Stone, a song way to in love with riff histrionics and one that wails and wails until you do to. The second half of the song picks us back up to the quality that has gone beforehand as a crushing drone riff tears the rug out but it is still too little too late. Dodmen should just concentrate on the second half of this song and discard the rest.

Alice then appears (the song not the person) and we are firmly placed back on solid ground. A (rare) groove gets under the skin and the world gets showered in fuzz. A stand-out most certainly.

Azimuth is a trip worth taking. Be brave, clench teeth and enter the stormy world of Dodmen.

You can buy Azimuth via Extreme Ultimate’s Bandcamp page.