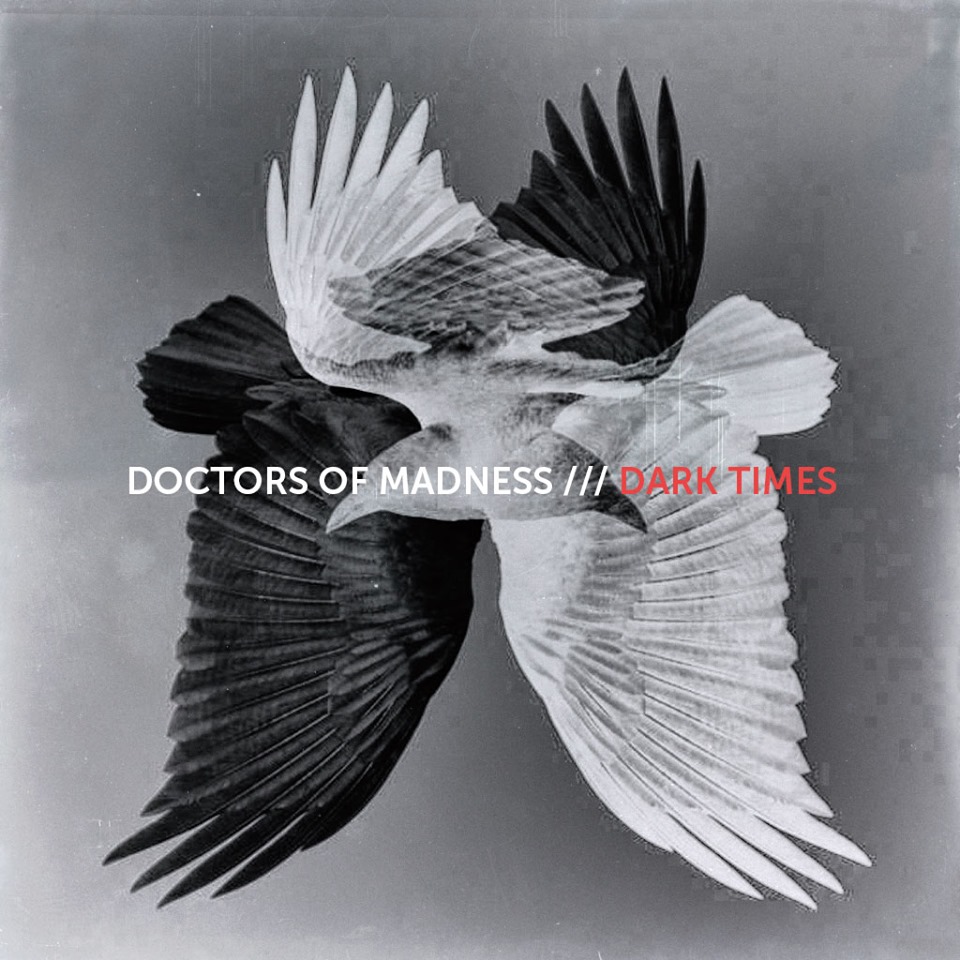 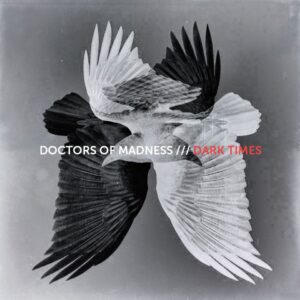 The Doctors Of Madness return with a cure for our times.

The Doctors of Madness brought a special kind of insanity to mid-seventies rock; a mixture of glam, horror, dystopia and pre-punk noise that inspired many, though sadly not the record buying public. With one downright classic album, Late Night Movies, All Night Brainstorms, to their name they disintegrated into chaos and break-up. Something so beautifully amorphous and challenging could never hold together for long. A recent retrospective release – Perfect Past – collecting all their recorded songs made a lot of people stand up and take notice of a band they had never heard of. And here we are with the first new release from the Doctors in 41 years. But this is no vanity re-hash of past glories, this is an album that is angry with the way the world is, which, given that the Doctors were also disenchanted back in the ‘70s gives a broader and more expansive view on the state of things.

Opening track, So Many Ways, begins the proceedings with a funky industrial, military beat. It builds up stealthily with a sense of paranoia dripping through a city on a hot, sultry day; of being watched, monitored by a million cameras and by every click on our phones. There is the sound of a tolling bell, and the scratching guitar of tension. The keyboards create a light refrain. This is a place where freedom belongs to those in power, the freedom to hurt you in so many ways. It depicts the horror of 1984 where all your details, your life, can be lost, or manipulated in an instant. Crass sang that if you don’t want to be a number, don’t give them your name, but we now willingly hand over all our details just to buy a record online. Make It Stop!, the first single off the album, is heavy and angry, with a guitar loop over the top of the urgent and industrial bass and drums, like a siren calling you from your beds to the daily grind.  Strange’s voice is like a grizzled blues man, still angry, still suffering, still soulful. Make it Stop! isn’t a plea, it’s an angry demand.

Sour Hour slows things down a little and is full of the sardonic humour that imbued Late Night Movies, All Night Brainstorms. The voice here is so distinctive of that debut album. The song conjures up a slumped figure at the bar, muttering sardonic, truthful adages whilst being told bullshit by the barman. It used to be you told your troubles to a barman, who nodded sagely as he dried glasses, now the barman tells you it’s happy hours and that everything is fine and dandy. A metaphor for our times. It is almost a cabaret song for a never written musical. Walk Of Shame is an upbeat rocking track with a 50s/60s construction with a very modern back beat, whilst This Kind Of Failure has a guitar sound like Stuart Adamson.

This Is How To Die is a beautifully atmospheric song which has hints of Leonard Cohen in its poetic imagery. It’s about dying when you are living, even if living exists just in those small moments, like the smell of gardenias drifting in through an open window on a sunny day. Blood Brother has clear influences of Bowie (or maybe that genius magpie stole from the Doctors). The violin swoops over the melancholic lyric, tearing you apart with each note before the boom of heavier rhythm kicks in and the guitar drags you off into the distant night sky. It’s a mix of cabaret melancholia and hard rock and downbeat tenement blocks and inner-city dystopia. It is a tale of betrayal and comradeship.

Album closer Dark Times opens with a Blade Runner like soundtrack, conjuring up bleak city images of neon flashing in puddles of grime where the homeless drag their feet. The voice a be-bop poetry of modern horror. It’s a poetic dirge on our dark times and those who inhabit the streets. A scathing image of Britain today, depicting a zombie army in leisure wear. The keyboards are like Manzarek in killer on the road mood. Strange sings:

It’s a grim, but wholly recognisable, vision of the hell we live in, which is covered with a veneer of prosperity and consumerism, for with the internet glamour is never far away, until we turn from the screen and see the truth, and the truth will drive you mad, not set you free. It ends with a soul singer’s voice undulating across the city, a beacon of despair, of hope…there is still spirit…

It’s a wonderful piece of work that adds to the legacy of a great band and also serves as an angry riposte to the way the world is today.

For all that ails you now, come listen to the Doctors of Madness.