Home Music Do You Own The Dancefloor : film about the Hacienda : review 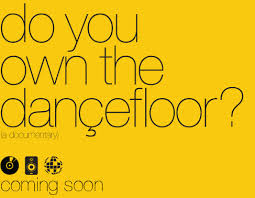 Do You Own The Dancefloor

On the 25th of November 2000, in a warehouse in Central Manchester, 69 lots from the Hacienda were auctioned off. Bits of dance floor, chimneys, dusty old paintings and even the toilets and the rickety DJ booth and the girders were all sold in lots for charity.

It was a fittingly surreal last chapter of the much loved club and the subject of this film made by first time film maker Chris Hughes who despite being too young to have been a regular manages to capture the dry humour and the welling nostalgia and love of the people who grew up in the Hacienda and the haze days of the late eighties when it went mental.

That much loved period was a different city and its sweat stained madness seems like another history now. Those long lost nights saw the Hacienda and other city centre spaces driven by E and pop culture optimism where the club was part of the Manchester music wave. In 2015 the pill dropping has now been replaced by dropping nostalgia and the same warm, fuzzy glow fills the heart.

What made the Hacienda so special? was it Ben Kelly’s audacious and brilliant design that created a huge ultra modern thing in the middle of the then broken Manchester? was it the DJs like Mike Pickering and Graeme Park and their forging ahead from the indie and post punk hangover into the new electronic age? was it the owners and their media savvy and media connections who got to tell the story the best and first? was it the fact that it was owned by New Order and became the embodiment of their new journey from post punk to electro and the 3D version of the Factory vision or was it the punters themselves – from the first clutch of freezing cold, overcoat clad art heads watching William Burroughs or Lydia Lunch on long lost nights to the sweating hordes who later on turned it into a dance temple? whatever it was the club has become enshrined in popular culture above all others and whilst this film does little of the analysis stuff it’s full of warm memories and laugh out loud moments as it details mainly the dance years and the demolition of the club and the auction where bits of the dance floor and other fetsished pieces of rubble were getting were sold off for charity.

If there as one thing that this warm and engaging film proves it’s that The Hacienda was many things to many people with the myth now set in stone. Some people remember it as the first club in the world where there was no dress code – no boozed up lads with shiny shoes coming for a night out but even dim and distant Manchester already had such clubs, some people remember the early years as a arthouse venue but most remember it as the sweaty party of E madness.

The Hacienda was an audacious achievement – a spur of the moment back of a fag packet spark of inspiration from then New Order manager the late Rob Gretton turned into reality by the tidal wave of enthusiasm of Tony Wilson. It embodied that can do culture of the post punk years when money was tight and dreams had to be railroaded through. Some people hated it, some people laughed at it as the Wilson white elephant and some people resented the way it placed itself at the centre of all Mancunian musical culture when it was a glowing and brilliant part of varied and thrilling scene.

It was a great club, a brilliant spectacle that initially was so out of place in the broken Manchester of the time and its design was an inspiration to the new city. And when the hordes of the post post punk youth poured in to take advantage of the acid house takeover that was really its moment. The sweat and the steam have been turned into misty eyed memories and the warm fuzzy glow of nostalgia and that’s a good thing.

Sometimes the past is a nice place to go and all the big words about being futuristic eventually run out of meaning. The film captures this and the very special place the club in the hearts of many people at the time and, ultimately it’s these people who went who where the real stars of the film – like the three brothers drily squabbling over where the exit doors were, the man who bought the urinal and his drole Mancunian take on the ridiculousness of this, the wistful nostalgia of the former punters recounting the days when everything as easy and life felt so free. That’s where films like this really score proving that the Hacienda for all its artful ideas was really about the people and is more alive in these vivid and beautiful memories than a load of old bricks propping up plants in back rooms – bricks that make sense as sparks and gateways for great stories of perfect times.

Chris Hughes has done a great job capturing the memories in a piece of social documentary that is funny and wistful as well as engaging and hilarious as it celluloids the museum of memories and zigzags through a long lost past.