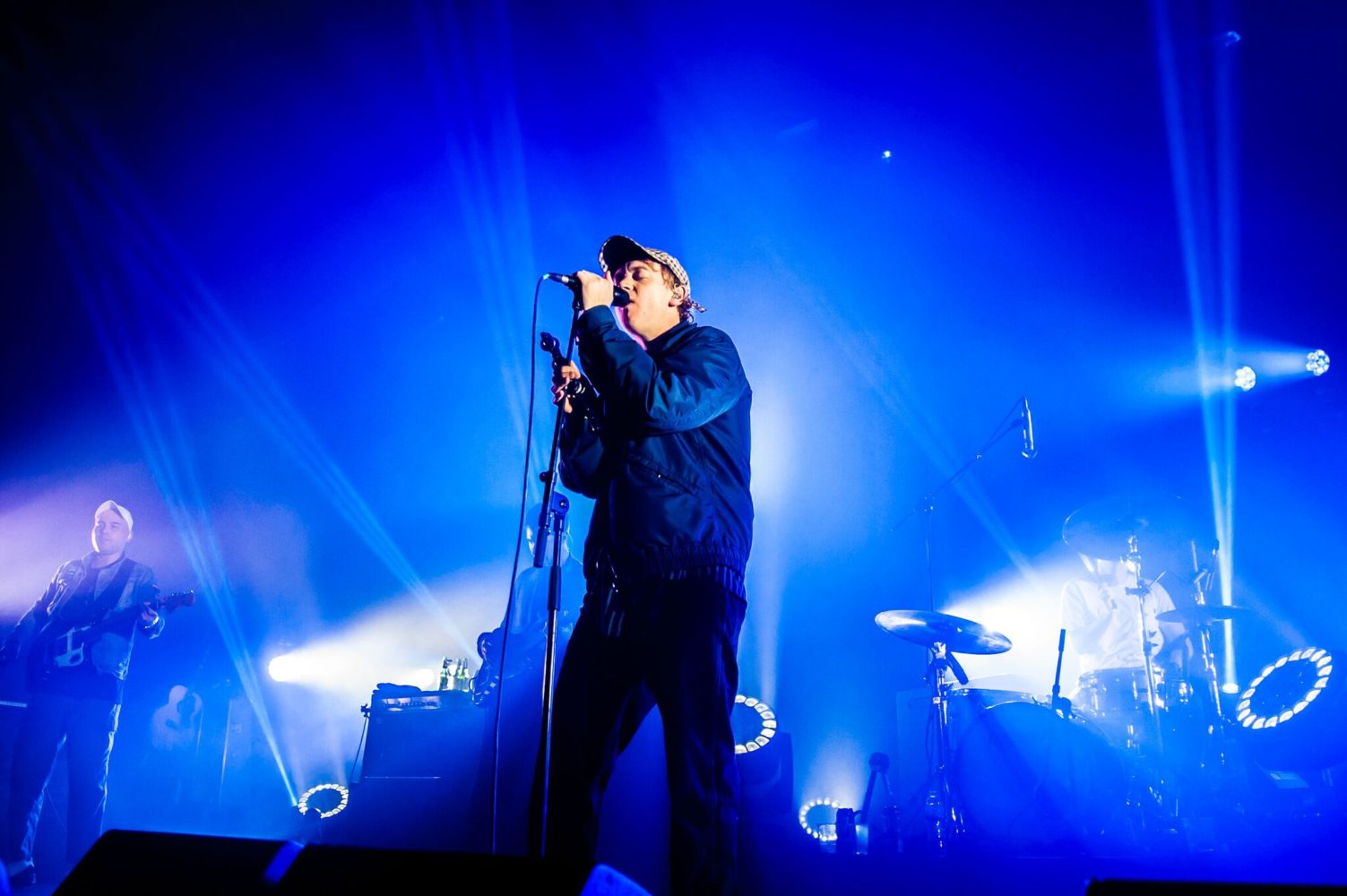 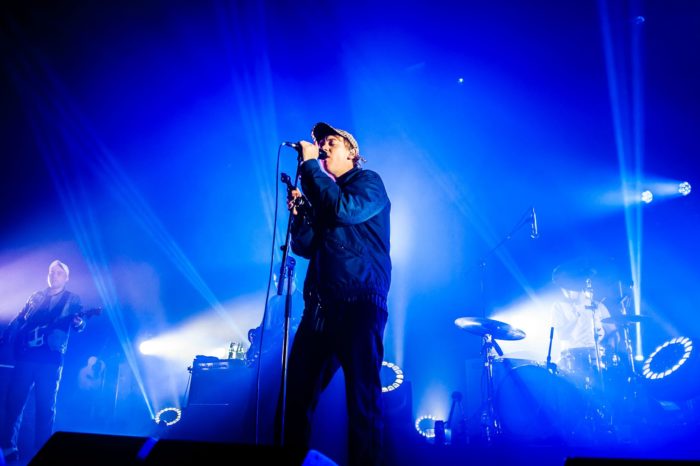 “Take a little wander through the rain and snow” sang DMA’s lead vocalist Tommy O’Dell during hit song ‘Delete’, and it’s clear to see the miserable English weather isn’t enough to knock these Australian rockers off their game as they conquered Manchester’s Victoria Warehouse on Thursday night. Jared Musson reports back for Louder Than War, with photos by Michael Bond.

In fact, the three-piece outfit (including three more musicians on stage) couldn’t have felt more at home as they eased through a set filled with sing-a-long anthems such as ‘Step Up the Morphine’ and faster paced rock tunes like ‘For Now’ that were accompanied by a mesmerising arena-styled light show production.

DMA’s were met with an audience that were ready to be entertained from the get go. The instant the first guitar chord was strummed on set-opener ‘Play It Out’ the Victoria Warehouse spectators were caught hook line and sinker and ready to rock. 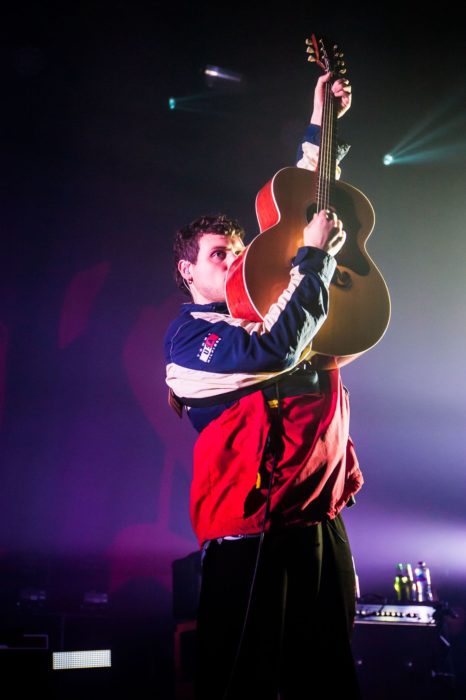 As the band are only two albums deep at this point they don’t have the widest variety of songs to choose from, so you are currently hearing almost everything off both ‘Hill’s End’ and 2018 release ‘For Now’. By the time a third album rolls out, the band will have more than enough material to cut out some of the less grandeur moments that can occasionally pop up during sets.

Tommy’s vocals were best displayed during quieter moments in songs, ‘In the End’ and ‘In the Air’, where the band exhibited the edge of delicacy it often so successfully finds in songs such as these.

Even though the Aussie group had many a tender moment on stage, it was the brasher cuts from their back catalogue that sent the sold out crowd into a rowdy haze. O’Dell swayed around the stage with a manner of swagger only a performer influenced by Manchester’s vast musical history could as he played conductor to the 5000 fans that occupied the venue.

Finishing with the monster sized song ‘Lay Down’, a sea of flares opened up from within the audience and smoke filled the room as DMA’s thumped their way through the set closer. The perfect end to a setlist filled with endless highs. 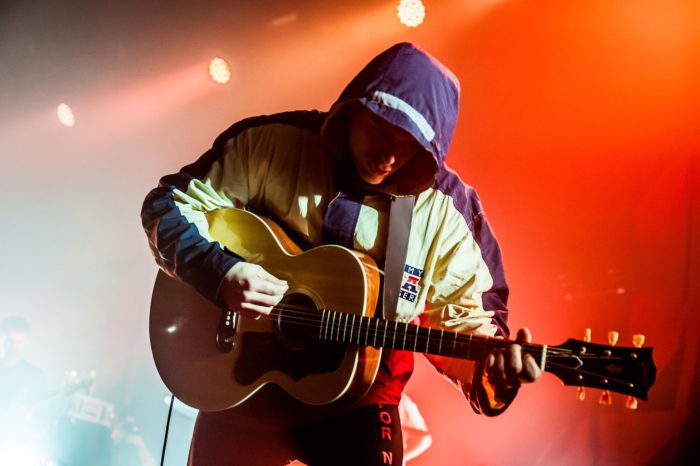 It’s clear to see why DMA’s have been compared with Oasis in the past and, as a shoe flew through the air above the crowd, I was hit with the realisation that in a few years’ time this band from the other side of the world could be one of Manchester’s largest ever adoptees.

All words by Jared Musson, (Multimedia Journalism student at MMU. Manchester/Chesterfield) you can find Jared on Twitter, read more reviews by Jared at his author profile here.