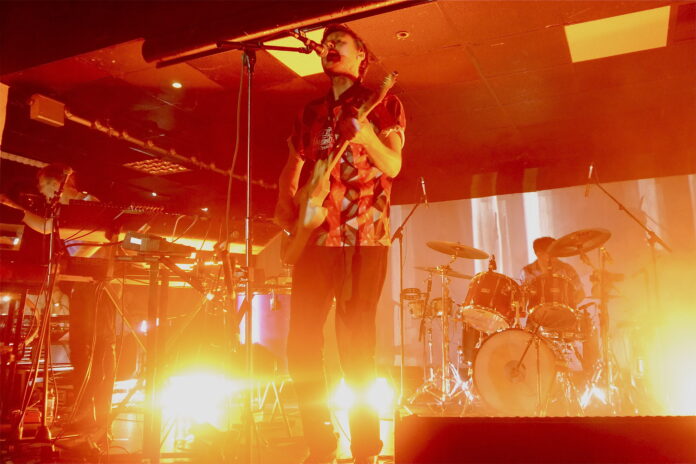 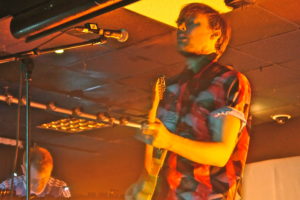 There are few bands that can retain a snazzy exterior walking on stage in football shirts, but then few bands are as unashamedly self-assured as Django Django. Many with an album to their name as critically and commercially successful as DD’s self-titled 2012 debut would have struck while the iron was still burning, releasing that ‘difficult second album’ eighteen months later and killing what was an otherwise rightly earned buzz.

Not so with this London-via-Edinburgh four-piece. Give or take, they spent three years on their debut and a further three on follow-up Born Under Saturn, with the resulting delights of both duly represented in tonight’s set-list.

Opener Shake and Tremble might be an exercise in simply delivering more of the same, but coming from a band who released one of the catchiest LPs of 2012, that’s no bad thing. As much a clichéd observation as it sounds, what they’ve developed over the past six years is a genuine melting pot of styles, blending surf-rock, post-punk and synth-pop with just a shade of Broadcast-esque neo-psych, nearly every song built around a neat, infectious vocal hook. Rarely do Django Django divert from such a formula, yet ‘formulaic’ is no word you’d use to describe them in a hurry.

Singles Default and Waveforms predictably spur the most energetic reactions of the night, delivered as if fresh from the rehearsal studio as opposed to having done the rounds for several years. While the set is weighted slightly in the favour of their debut, there’s an unwavering confidence in the newer material that would suggest, for Django Django’s money, Born Under Saturn was worth the wait. (They’re completely right, of course.) This carries them through album track 4000 Years with such ease that it’s a shock when frontman Vincent Neff ecstatically announces it’s the first time they’ve ever played it live. 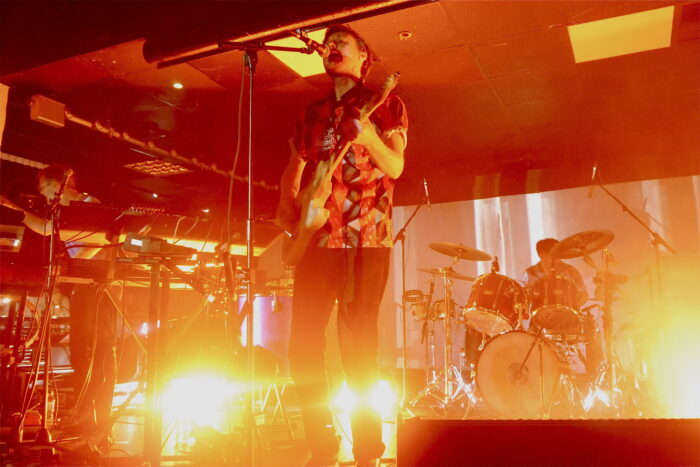 A string of spiky, slapbacked guitar riffs pinging against bubbly synthesisers sees us through to set closer WOR, remaining one of the band’s finest works as a song, though less so as a Sky Sports ad soundtrack. Evidently, its rep as the latter seems to dominate as the real reason many are here tonight, leaving swiftly once the last chords have rattled out the PA, disinterested in any chance of an encore. Silly, because there is one – a typically bouncy rendition of Pause Repeat that segues into the pulsating Silver Rays.

Perhaps it’s the football gear talking, but as much as Django Django might put the odd foot wrong, they ultimately emerge victorious, ready to take on the spread of stale pop in the tournament of uh… music, or something.