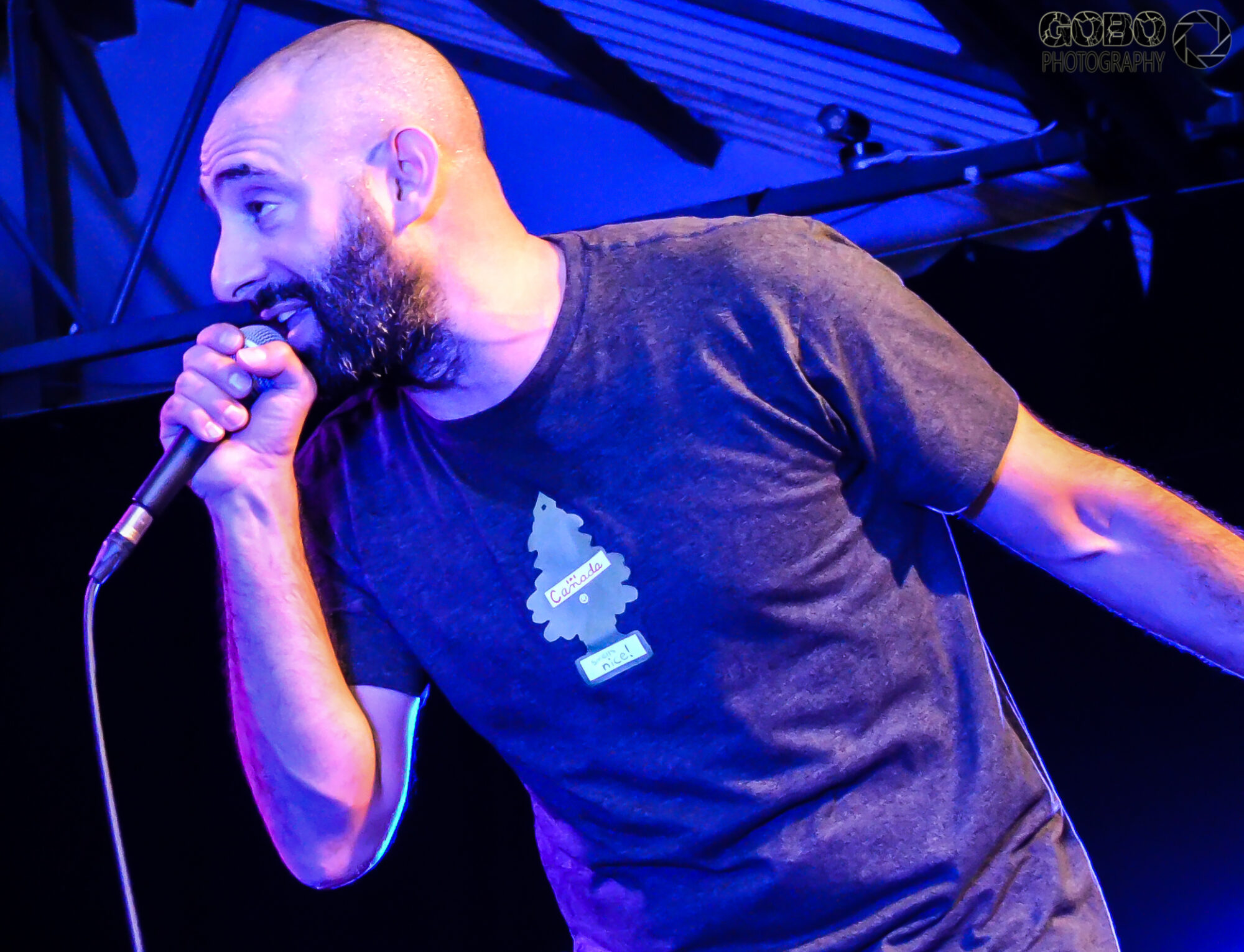 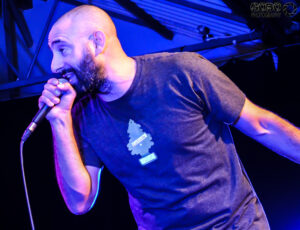 The two Scottish dates in both Glasgow’s Drygate & Edinburgh’s Studio 24 were made possible by Jade Radley & his non-profit music promotions organization The Littlest Hobo1; a highly reliable, ethical music promoter within the Glasgow/Edinburgh/Dundee music scenes.

Supporting the explosive duo was supremely talented rapper Spee Six Nine, who was supposed to be laying down his consummate rap style alongside beatboxer Big Taj, however veteran Taj was otherwise engaged in taking his place battling it out at the UK Beatbox championships in London’s Clapham Grand putting up a tremendous fight, striving his way through to the finals, where in the end young blooded Conor Bradley Contrix stole the show for the second consecutive year running, making him the reigning UK beatbox champion, for yet another year. Still it’s awesome to know Taj remains up there within the top league, inspiring fresh new blood with his permanence.

Taking the place of Bigg Taj, providing those killer beats was DJ/ Producer Greig Muir A.K.A DJ Seedy who gave a superb half hour set of phat- funky rhyme’s. His select choice in sounds resonated infectious bass lines & overall radiant character. Combining & spinning artists beats he has personally worked with in the past, to more well known classic hip-hop tracks. Seedy has featured & produced a fine selection of hip-hop records, ranging from Spee himself, to the likes of Lego, Profanity & Abdominal.

His music production work can be found on bandcamp as well as on Mixcloud, I will most certainly make sure to drop the links at the end of this article for your listening pleasure. After a top class mix from Seedy, Spee Six Nine hit the stage for a blast of his superb self penned material, while Seedy skillfully beat mixed & scratched Big Taj’s composed beat productions on the wheels of steel, or of you wish to become technical about it, aluminium. Spee’s larger than life energy and unwavering confidence shone like a diamond as he projected and connected with the accumulating crowd, demonstrating his various rap style techniques and ingenious lyrical flow. One of his rap methods included a seriously fast paced, concise lyrical flow that was jaw droppingly ferocious, in proficiency, wit and razor sharp intellect, stirring the greatest reaction of all his set out of the engrossed Glaswegian crowd.

After his performance had finished, both myself & Spee stood stage side where he expressed to me that Abdominal has been his core mentor over the years, inspiring him to advance his skills in this particular rap technique. Spee drew a large source of inspiration and adulation from watching Abdominal perform live, providing for him a channeled focus of that particular method, where he felt he wanted to work on with much effort and dedication, which, is now evidently paying off as its taken Spee’s skill to dizzy new levels.

The Method demands a deep inhale of breath in preparation of hurtling an insane amount of compact rhyming words for as long as possible, in Abdominal’s case sometimes lasting sixteen seconds, sustaining an intense speedy flow that sends the crowd absolutely wild! It was clear to see from talking with Spee just how grateful he felt to have such a profound talent as Abdominal, there as a friend to advise and impel him. I suppose having his best friend, Big Taj, as one of the most well respected beatboxers in the UK, as well as working alongside supreme talents such as DJ Format, Dead Players and Talib Kwele, to name but a select few, sure gives him all the drive, inspiration and motivation to continuously advance in the exceptionally unique way that he evidently does.

The core of the show had finally arrived as DJ Format took to the stage with much anticipation from the buzzing crowd. The packed house surged forward as one collective tribe to absorb a very special roof-raising experience. Format ignited his turntables with the hottest beats, kicking up a stir as Abdominal took to the stage to tumultuous rapture.

This was by far one of the most electrifying atmospheres I have felt at a hip-hop show in a very long time, rumbling the joint with their absolute superb beat mixing/ scratch and lyrical finesse. The magnetic playfulness of their interaction created an air of magic, as master Format laid down the phattest of beats alongside Abdominal, who payed the grandest of homages to them by supplying insane lyrical flow that came across jaw droppingly good.

In humorous playfulness Format and Ab both put on hilariously revealing aprons in jestfull acknowledgment to their collaborative track “ill culinary” extracted from Formats 2003 album ‘Music For The Mature B-Boy’ which resulted in Format bursting into a muti-bag of Skips crisps and launching them into the excited crowd to tie into the lyrical content which was being projected at the time; follow the Youtube link to catch a direct hit of the shenanigans which was recorded by Jamie Wilson https://www.youtube.com/watch?v=5iNJZqCZOYo The dynamic duo extracted and played out in phenomenal fashion, a select few tracks which Ab had featured on, from Formats 2005 album If You Can’t Join ‘Em…. Beat ‘Em, such as “I’m Good”, “Ugly Brothers” and “Rap Machine”. They also threw down the outstanding “Hit Song” from the album ‘Music for the Mature B-Boy’ which was also recorded by Jamie Wilson for your viewing pleasure https://www.youtube.com/watch?v=bOb0DgQ_g-U This by far was one of the loudest, most appreciative hip-hop shows to round off the year! The extraordinary magnetically positive energy Ab and Format created was highly unique unto themselves and their fans. The show was a gleaming gem from start to finish and as they continue to tour the rest of the UK I am sure the Scotland shows will stay prominent in their hearts.