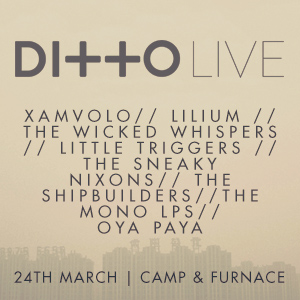 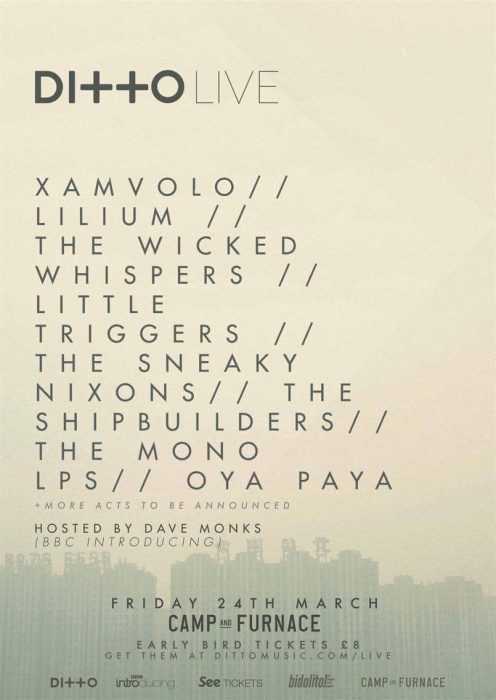 Award-winning independent distributor Ditto Music, has announced the launch of Ditto Live, a live music event which will take place in Liverpool on Friday 24th March 2017.

Hosted by BBC Introducing’s Dave Monks, Ditto Live will showcase some of the best independent artists and record labels from across Merseyside. The live event will take place in Liverpool’s Camp and Furnace, which has previously hosted Psychfest, Liverpool Biennial and Liverpool Music Week’s Closing Party.

Ditto Music has confirmed the line-up for the event, including XamVolo, Little Triggers and The Wicked Whispers. Further acts and programming for the event will also be announced via Ditto Music in the coming weeks.

“Musically Liverpool is buzzing at the moment and already there are things in place for 2017. I am looking forward to hosting Ditto Live, they have announced XamVolo as the headliner who has a voice that we first spotted two years back with his Binary in Blue EP. Since then he has been getting lots of support from BBC Introducing and Radio 1 and recently signed to Decca. The night is building up to be a top night of local music with a selection of bands we have supported on the radio during 2016.”  Dave Monks, BBC Introducing

Liverpool is renowned for its music culture, from its history of producing legendary bands, to its current thriving independent music scene. Ditto Live will stay true to Liverpool’s long-held love of music, showcasing the best local artists in the heart of the city.

Early Bird Tickets for Ditto Live are on sale from Tuesday 3rd January, available for £8.00 at dittomusic.com\live.