Home Books UK Book Reviews Disturbing the Peace: 415 Records and the Rise of New Wave by... 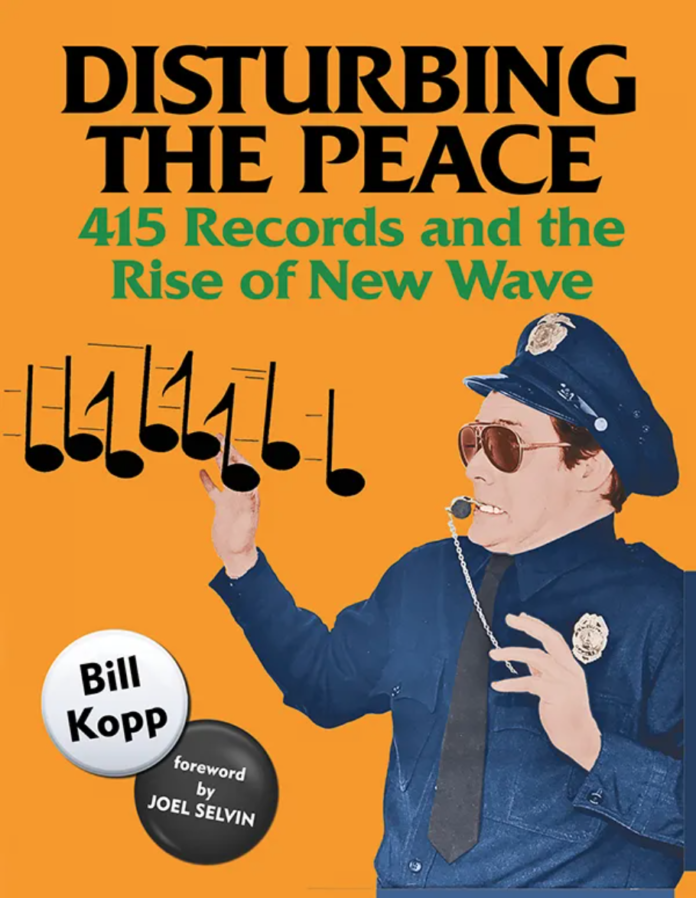 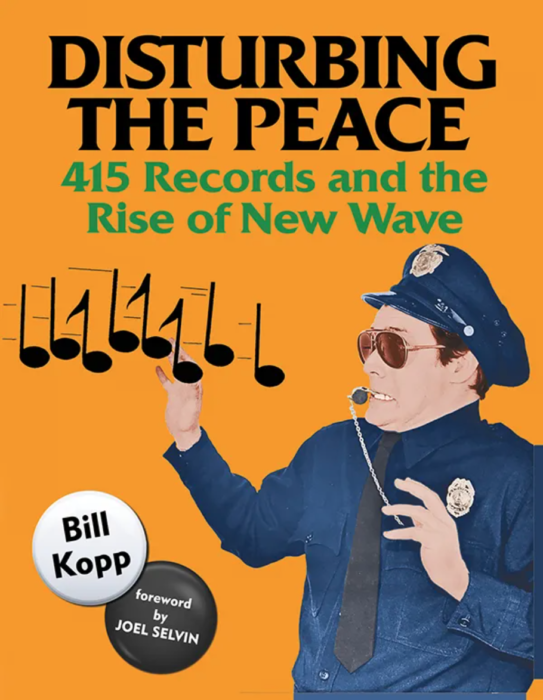 Disturbing the Peace: 415 Records and the Rise of New Wave by Bill Kopp

Disturbing the Peace creates a lasting record of the Bay Area’s 415 Records, an indie label that championed new wave artists while focusing on the fun.

On the one hand, 415 Records is completely distinct in backing local bands forging a Northern California record of punk and new wave. On the other hand, the story of 415 Records is also familiar. It’s part of the larger tale of indie labels striving to compete with majors before agreeing to one-sided deals or simply going under. All of that is to say, 415 Records was responsible for a wide range of punk and new wave music in the late 1970s and 1980s that deserves much more recognition, and it’s also a reminder of all the labels like it whose stories are yet to be written.

In crafting his journalistic account of 415 Records, Kopp begins with the historical framework for the label, including the backgrounds of founders Howie Klein, Chris Knab, and Butch Bridges. As Kopp details, Klein, Knab, and Bridges had all been proponents of local music and culture in the Bay Area albeit in different ways, which drew them to creating a label that would house some of the exciting bands emerging in San Francisco. At one point in the book, Kopp notes how everything is connected, even when we don’t necessarily realise it. That idea is most obvious as he recounts a conversation Klein had in the early days with Danny Fields. Fields encouraged Klein to “come to this place” in New York City where he had a “new band” playing. That place was CBGB, and that band was the Ramones.

The story goes that each of the guys put in a portion of the money they needed to get 415 Records going, but Knab remembers that Bridges actually fronted the entire $1,000 they needed: “Howie and I didn’t put a dime into it . . . . Butch put up the money, and he never asked for it back.” Kopp explains how the label’s name was a local double entendre—a reference to San Francisco’s area code and to “the city’s law enforcement code for ‘disturbing the peace,’” thus the title of the book. Just so you know, it’s pronounced four-one-five, not four-fifteen or something else like it. As a brief aside, the pronunciation is akin to that of 99 Records in New York City, whose band Liquid Liquid appeared on some bills with 415 Records bands in the late ‘70s and early ‘80s. More sonic nodal points.

Although the 415 bands didn’t all have obvious sonic ties to one another, Kopp sums up their connections perfectly as representations of “outsider art in music.” Acknowledging the individuality of the groups, the second part of Disturbing the Peace has more than 40 short chapters with each dedicated to one of the label’s artists or a specific LP/EP. This organisation works perfectly—in addition to serving as a journalistic account of the rise (and fall) of the label, the book also becomes a reference manual for fans.

You probably know or have at least heard of The Nuns, Roky Erickson and the Aliens, and Romeo Void among others, but trust me when I tell you that you need to listen to The Mutants (who Kopp says were “the artiest of them all”) and The Contractions (an all-female band that played at New York City’s best venues like Hurrah’s and the Peppermint Lounge).

The interviews Kopp did for the book are fantastic, and there are some amazing anecdotes in here. You don’t want to miss Deborah Iyall of Romeo Void explaining how she was influenced by Patti Smith and by the final Sex Pistols gig at Winterland in San Francisco. Translator band members recall how they got “booted off” the Kinks tour for being, perhaps, just too good. And Alejandro Escovedo of The Nuns loved the Ramones, which probably doesn’t come as too much of a surprise.

For a small press book in particular, the graphics and archival reproductions are stunning. The badges, gig flyers and posters, correspondence, and band photos look luscious throughout Disturbing the Peace. I love how the buttons are often reproduced to scale, as if they’d been placed on the pages as visual reminders of merch tables set up at the I-Beam or the Mabuhay Gardens.

Kopp explains how Disturbing the Peace grew out of a longform piece on 415 Records he initially wrote for SF Weekly, so it’s not surprising that the book reads—in a great way—like an altweekly story you just can’t help but get into. Whether you’re a long-time fan of the 415 bands or you’ve never heard of the label, you’ll love this story. After all, it’s one all indie music lovers know in one way or another. The label agreed to a deal with Columbia/CBS in 1981, but it was a decision nearly everyone came to regret. Knab recalls, “Here we were thinking, ‘Now we’re on this big label, and we’re going to sell millions of these records.’ Naive people, we were.” The records didn’t sell in huge numbers, and some didn’t sell much at all. CBS’s product manager Bruce Dickinson describes how the 415 bands were always misunderstood, recalling, “A lot of Columbia staff were like, ‘I don’t understand why people like this’ . . . . At that time, they weren’t very interested in anything that was, shall we say, left of center.” Thus in some ways it’s a tragic tale, but it’s also one borne out of a passion for inventive music and the ultimate goal of having fun while doing something you love. After all, as Kopp says Klein often questioned, “If music is just inspired by a desire to make money, how interesting could it really be?”

You can read more of Bill Kopp’s writing on his music site Musoscribe.com, and you can follow him on Twitter and Facebook. You can buy Disturbing the Peace: 415 Records and the Rise of New Wave from HoZac Records & Books.