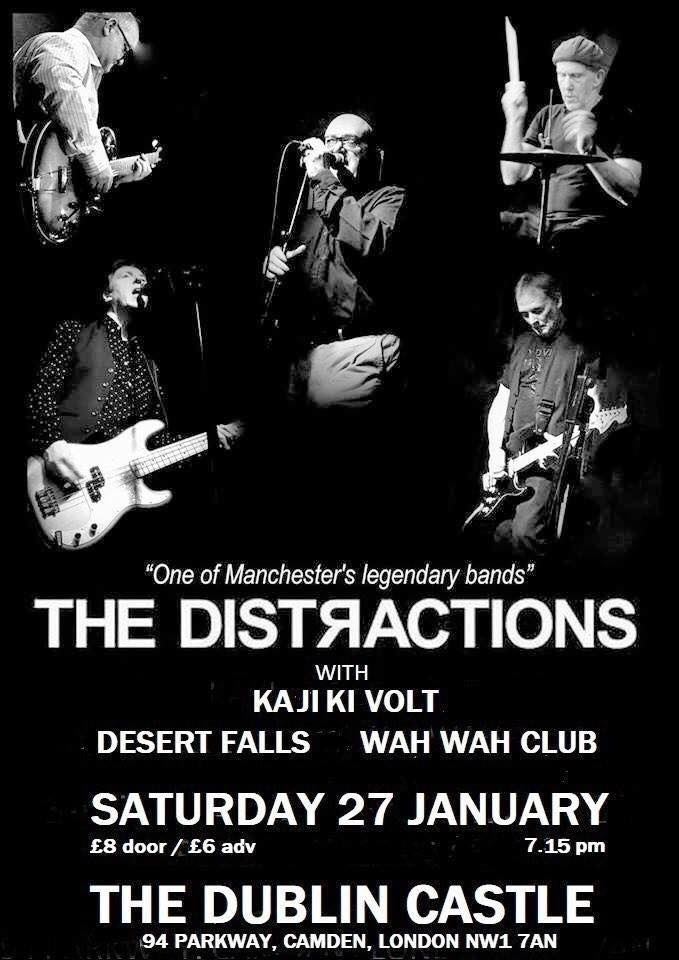 The Manchester New Wave/Post Punk Legends make a triumphant return to the London stage after a gap of over 30 years…..our man Ian Canty was on hand to witness a stunning display of Perfect Punk Pop……

The Distractions, in their original incarnation, only lasted a brief while in the limelight. Formed in 1975 by Mike Finney and Steve Perrin while still at college, after a major reshuffle two years later with the advent of Punk, they added Pip Nicholls on bass, Alec Sidebottom (drummer in 60s band the Purple Gang of Granny Takes A Trip fame) and guitarist/song writer Adrian Wright. This was the classic line-up of the band, which only changed very late on when Ludus guitarist Arthur Kadmon replaced Perrin in 1981 and with Debbie Shure coming in too.

The influence of Punk and particularly their near neighbours Buzzcocks showed. The Buzzers’ success demonstrated that emotions, honestly stated, were not taboo subject matter and their influence was considerable on the newly re-aligned outfit. The Distractions’ strengths lay in writing shrewd and unusual songs with classic Pop tunes, talking about life’s trials in a real way which did not feel forced, a bit like whispered truths in unguarded moments. They were fortunate to possess a great natural singer in Finney and also having the Punky Power Pop musical muscle to back him up.

Early in 1979 they released their first record, the You’re Not Going Out Dressed Like That EP on TJM, which showed their rare class, the perfect mid-point between Punk attitude and 1960s craftsmanship. In its own way as flawless a document as Spiral Scratch, this EP included what could arguably be their most well-known song in It Doesn’t Bother Me. Tony Wilson was clearly a fan, so their next single Time Goes By So Slow subsequently appeared in September 1979 on the Factory label. It was another stone cold classic and I know it is unlikely that this single influenced the Smiths, but it is feasible if you listen to it, with similar great guitar lines and elegant delivery. This record might just be the best thing Factory ever put out. With this run of form it was inevitable that the majors would come knocking on their door. 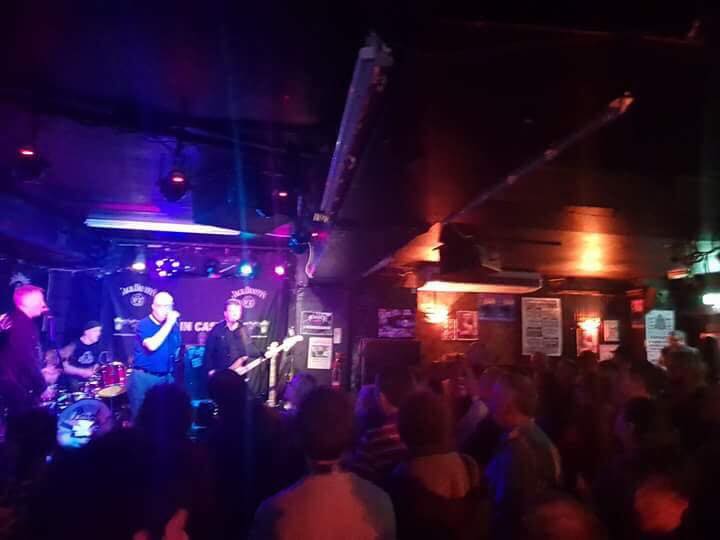 So indeed they did and the Distractions signed their names on a contract for Chris Blackwell’s Island label around the time the Factory single appeared. This should have been the prelude to them going onto chart success, but for some reason it didn’t happen. Perhaps Island didn’t have a handle on this new-fangled New Wave stuff? Maybe, but a re-recorded take of It Doesn’t Bother Me and the version of Eden Kane’s 60s hit Boys Cry did not make the expected breakthrough. The parent LP Nobody’s Perfect emerged in 1980 and despite critical acclaim and appearances in the music press including Smash Hits and The Face (despite being a pretty much the antithesis of the usual bands featured in those mags) again they missed out on the charts.

After one more single (the cheekily titled Something For The Weekend) they were back on an Indie, the That label, for their 24 Hours EP. Again the reviews were broadly approving, but momentum had been lost and the band ground to a halt in 1981. A few low-key reformations happened in 90s, but the band began in earnest again in 2010 and since then have issued two more albums, End Of The Pier in 2012 and 2017’s “final” (say it ain’t so?) LP Kindly Leave The Stage. As a live entity they have been revitalised too and when a gig at the Dublin Castle (with a set list that revisited those glory days) was announced I was always going to go along. So I did.

On the night the Wah Wah Club warmed up the crowd well and Kajiki Volt impressed with some novel interpretations of Garage Punk (was one of them in Silverfish?). So that nicely set the stage for the Distractions, who were absolutely stunning. With an excellent new line up featuring Mike and Alec with newcomers Johnny Poole and Chris Dutton on guitars and bass player Joe Brehony (also in the Things) they stormed it, in their own unassuming manner. Starting out of the traps with three songs from that first EP Maybe It’s Love, Too Young and Nothing, we’re not so much sent back through a time machine to 1980 or whatever, this is just the greatest now, thrilling, fast songs full of heart and soul, Punk but with melody, Power Pop with more grit, more feeling. 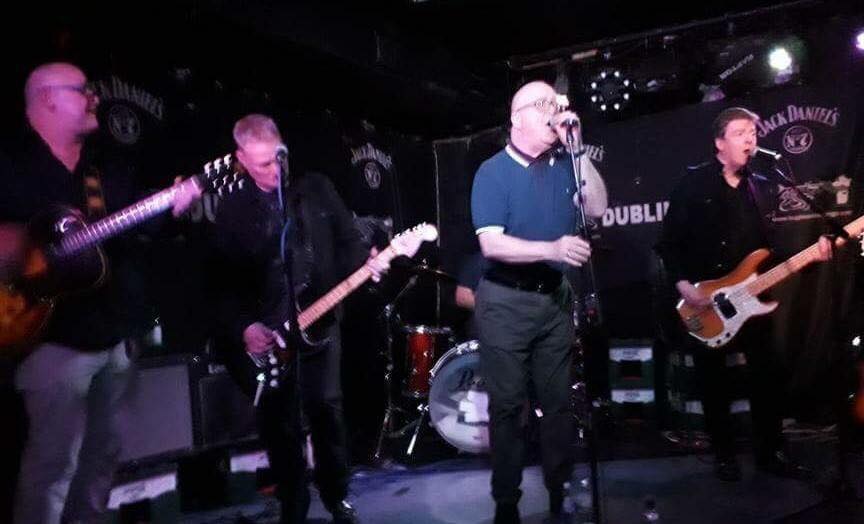 Mike Finney is a revelation – still relentlessly anti-fashion, he looks like just an average guy but when he sings….. well with some bands you’ve just got a person going through songs, but watching him, he’s singing about life in a way that is so true and clear, perfectly fitting in with the the energy of the band. I think David Quantick said he was perhaps the only Soul singer to come out of Punk, he’s rarely incorrect and spot on in this case. In addition to that the Distractions are a fiery live band, with Alec drums like a man a fraction of his age and both Johnny and Joe more than play their parts. Chris I’ve seen play with three bands and they’ve all been brilliant and he’s right on the money tonight too.

Contradicting their song, time with the Distractions goes by so quickly – they’re one of the few bands that can play something as great as It Doesn’t Bother Me almost midway through the set, when others would have to leave something of its quality back for the encore. 18 songs were played and most all of them are perfect, heart-breaking Pop/Punk. Looking For A Ghost is wonderful, a great change of pace and the Island-period hit that should have been, Something For The Weekend, lovely. Time Goes By So Slow is simply beautiful, one of the very best of the era and still a brilliant song today.

There is a shout out of course to Mark E, how could there not be, the man was so well respected. Mike says he helped them, although they are probably the only five people from Manchester who weren’t ever in the Fall, before realising he had miscalculated and Alec might have had a spell behind the kit for them! The crowd (not all older folks as you might be thinking) are totally into it and having a great time and why wouldn’t they be? The smiles on people’s faces are ear to ear. 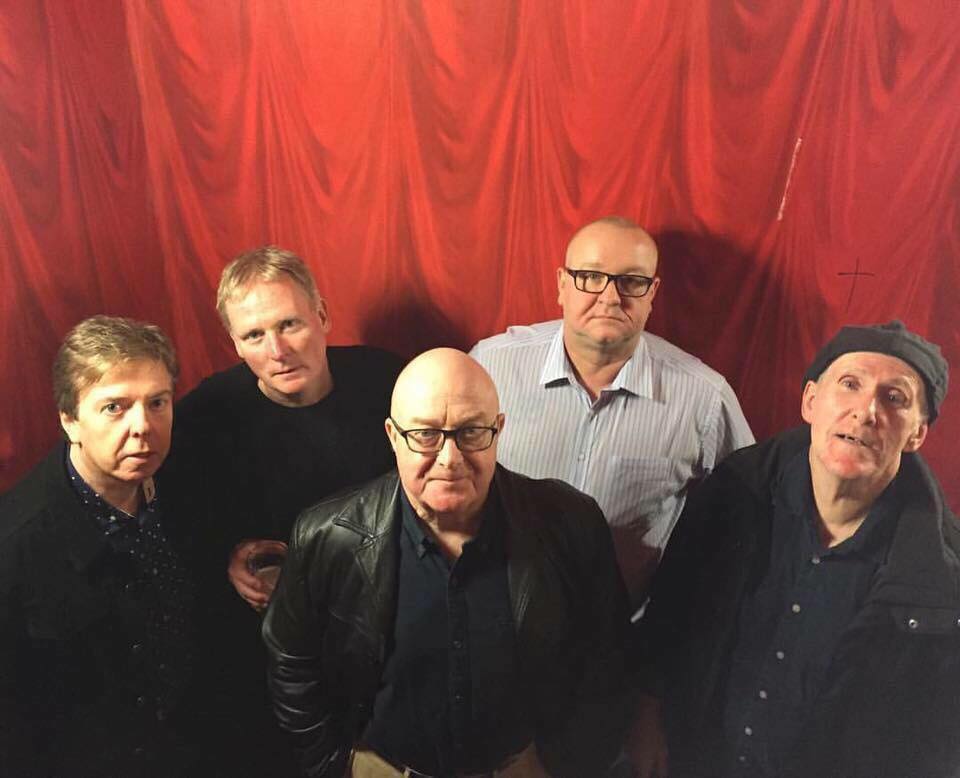 They finish the main set fittingly with Nothing Lasts, but they stay on stage for encore of (their own) Valerie and a nicely chaotic version of the Velvets’ Sweet Jane. I’m late for the train, but I’m going nowhere until they reach the very end. Transfixed, because I am watching a great band on at the very top of their game, all these years on and they are undimmed by time. Simply majestic.

If the Distractions play anywhere near you it is a total no-brainer – the magic they still weave in 2018 might be seem simple on the surface, but rarely is it carried off so well, hugely appealing and full of vim. Go along and you are simply watching masters at work – these opportunities are seldom, so make the very most of them and get yourself along to support one of Manchester’s best kept secrets – you won’t regret a moment of it.