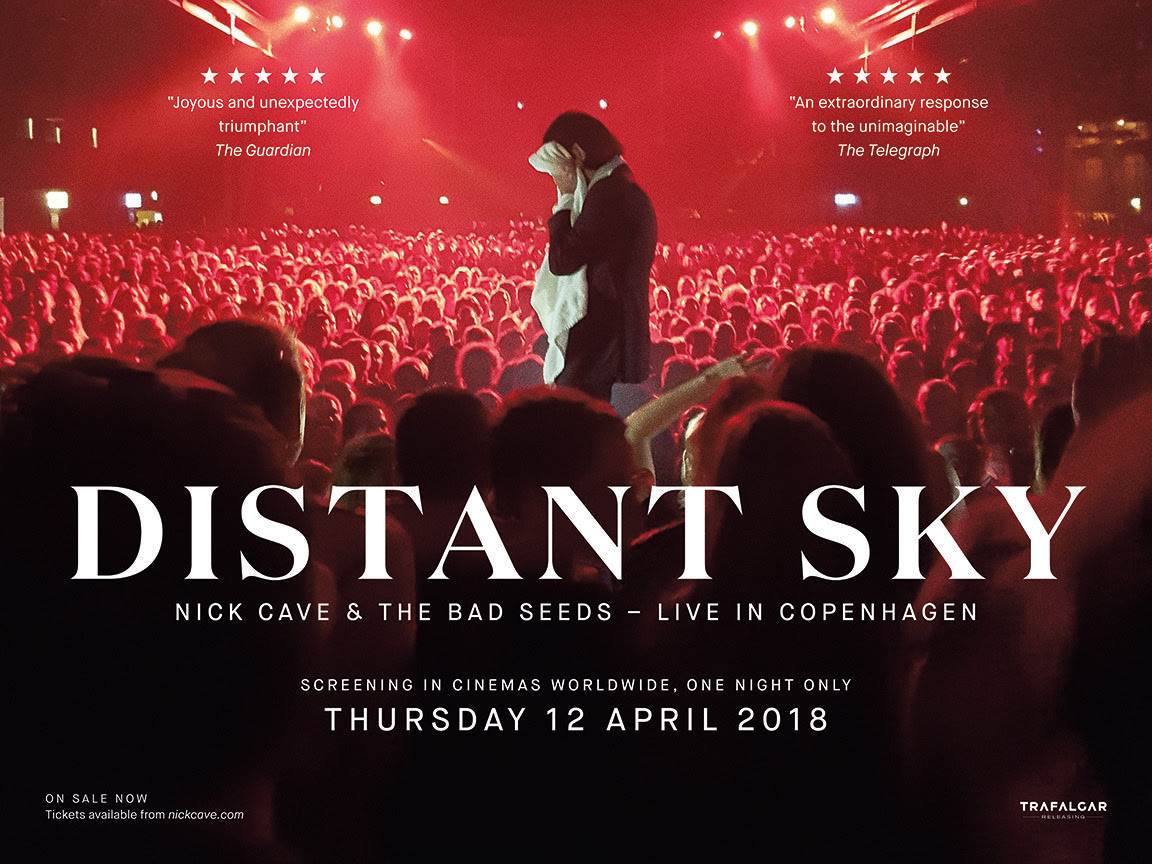 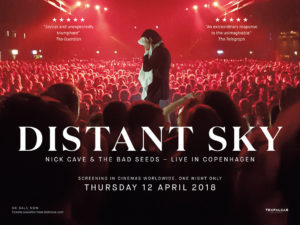 For one night only, Nick Cave & The Bad Seeds will screen a full concert from their celebrated 2017 world tour. The film will be in cinemas worldwide on April 12th 2018.

Directed by award winning filmmaker David Barnard, Distant Sky – Nick Cave & The Bad Seeds Live in Copenhagen will be distributed by Trafalgar Releasing, and shown in 500 cinemas worldwide for one night only on 12th April.

★★★★★ “An extraordinary response to the unimaginable” The Telegraph

★★★★★ “Joyous and unexpectedly triumphant” The Guardian

★★★★★ “Tense and thunderous at times, tender and cathartic at others. It’s masterful.” The Independent

The film features Danish soprano Else Torp, who joined Nick Cave & The Bad Seeds on stage in Copenhagen for a unique live performance of the title track ‘Distant Sky’. Else also appears on the recorded track, taken from their 2016 album Skeleton Tree.

Tickets are now on sale.

For the full list of cinemas taking part in this special one night only event and for ticket information, please click HERE