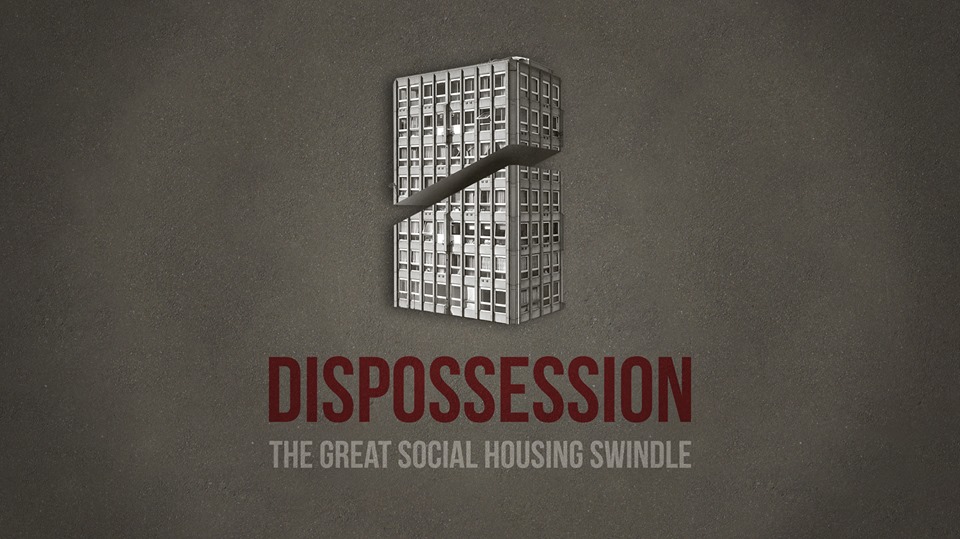 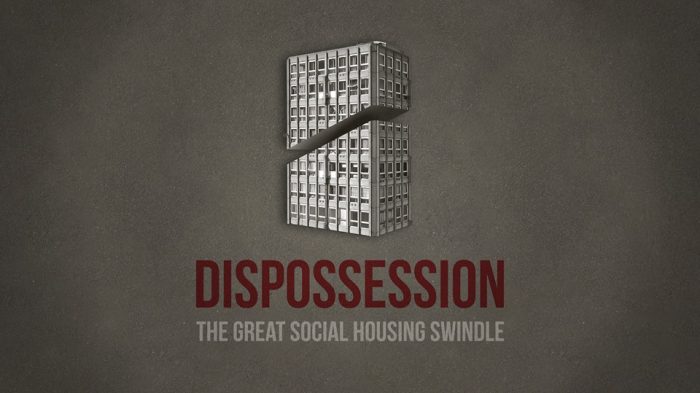 Pail Sng who directed the excellent ‘Sleaford Mods: Invisible Britain’ is making a documentary about the social housing crisis.

Dispossession: The Great Social Housing Swindle is a forthcoming feature length documentary that will explore the failures and deception behind the social housing crisis in Britain.

Along with the award winning film and television director Lee Skelly (BBC, Channel Four) this film is being crowdfunded via Indiegogo, with a target of £25,000 that will  cover the cost of filming interviews and estates around the UK, plus licensing  fees for archival material and the production of the various perks on offer. In  return for a donation, crowdfunders can opt to receive t-shirts, soundtrack CDs,  and limited edition artwork. Donations may also be made anonymously and  minus a perk.

It’s a subject close to our heart and one we feel the need to support.

The filmmakers were motivated to make the documentary after hearing of David  Cameron’s plans to demolish “sink estates”, in January 2016. “I found Cameron’s  comments insulting,” says Sng. “The demonisation of council estate residents  isn’t something I recognised when thinking about the people I know who live on  them.”
“I grew up on a council estate in Peckham, so I have a good understanding of how  important they are at housing people on low-incomes and the stability they  provide to families,” says co-director Lee Skelly.
With a newly commissioned soundtrack by musician Mickey O’Brien (La Roux)  and featuring interviews with council estate residents, housing campaigners,  homeless charities, house building professionals and political thinkers,  Dispossession promises to be a confrontational and shocking exposé of an  inhumane system, where a roof over your head is no longer a right, but an  expensive luxury.

Since the 1980s, central and local government have failed to provide adequate social housing in Britain. Between 2000-2014, housing associations received in  excess of £62 billion in funding, yet built only 26,000 homes per year, half the  number required. Meanwhile, local authorities have sold land in prime locations  at a fraction of its cost to property developers. In many cases, ‘estate  regeneration’ is a smokescreen used to demolish council estates to build homes  on the land they stand on, which are largely sold to those who can afford to pay  the market value.

Join the crowdfunding campaign and help get it made.

For all enquiries regarding the film, contact Paul Sng: sngpaul@gmail.com
Indiegogo: https://igg.me/at/dispossession