By now I am sure you are no doubt more than aware of Dismaland, the ‘Bemusement Arcade’ created by Banksy, who has curated an astonishingly large and subversive collection of some of the finest new art which he’s housed within the mirror image of uncle Walt’s dream.

Whilst an alleged six million ticket hunters crashed the Dismaland website, I decided to hotfoot it a couple of hours down the M5 to join in with the overnight queue hardcore. What kind of people would I find there, serious art lovers, hype-buyers, insomniacs … the thought was almost as fun as the idea of gaining access to the park itself.

We arrived in pitch darkness at 4am to find only 10 people in the queue; a couple from Bristol, a few from London, a man from Germany who had left his pregnant wife at home to come along, and a pair of Japanese tourists. By 7am onwards a steady stream of families, couples, and a handful of eccentric characters all amassed outside the ticket booth in the hope at securing their ticket for the first public day opening of Dismaland. 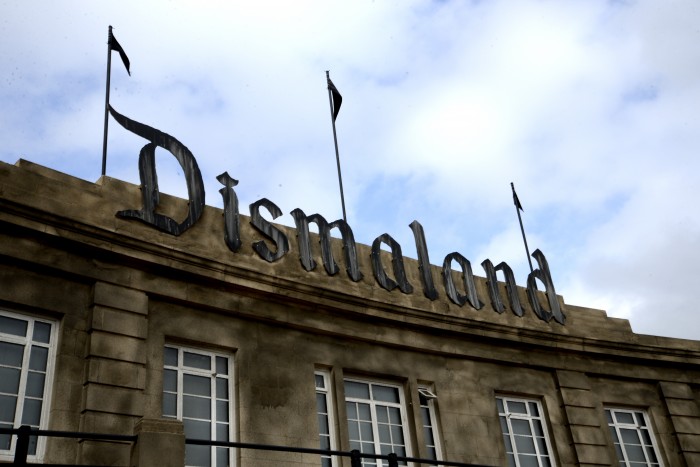 Once you get your Dismaland wristband on, it was time to join another queue. An hour to go before the doors open and the mainstream media turn up en-masse. Local radio DJ’s try to interview everyone in the front row, ITV and the BBC’s reporters scour the wristband wearing holding area, looking for both the most serious and the most strange punters to interview so they can then shoe-horn them into their pre-conceived, bland ‘Wacky’ news items.

Once past the reporters it is time to leave the media circus to visit a circus of much stranger proportions. You enter through an airport security style office created and designed by Bill Barminski. It’s like walking into a Noel Fielding drawing. The security is far from friendly. We laugh as we get insulted before leaving the security office to the park itself, where we have a visitor guide thrown on the floor at our feet by one of the Dismaland staff. 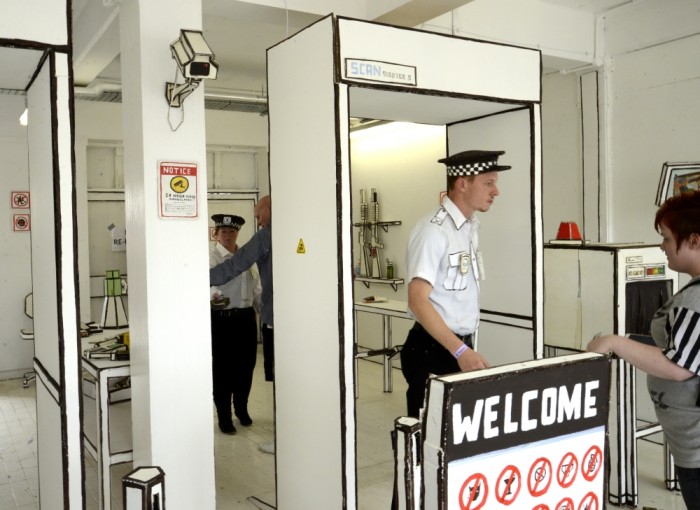 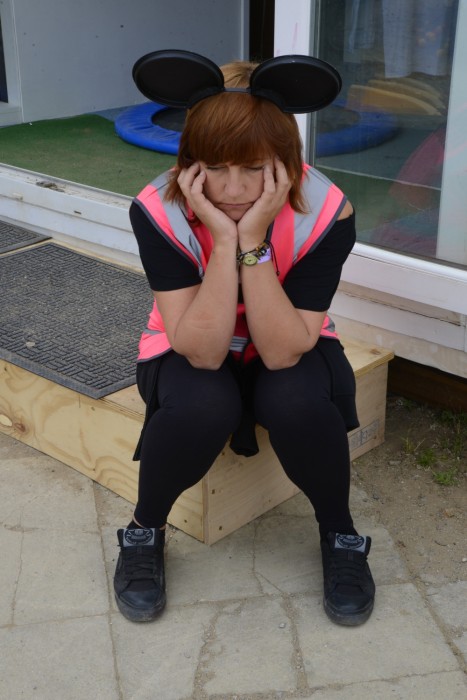 If Disneyland staff are called ‘Cast Members’ I wonder what Dismaland’s staff are referred to as? They don’t smile but they do insult, huff, sigh, moan and huff some more. If Banksy truly wanted you to have a totally dismal time then it’s a concept totally flawed from the start, for these staff members are hilarious.

It’s an impressive sight laid out before you when you walk through the front doors. Grey, dusty, muddy patches, tatty out of order 20p coin rides, carnival stalls with rubbish odds such as the opportunity to win an Anvil if you managed to topple said anvil with three ping pong balls. 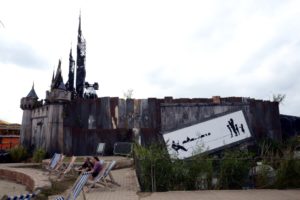 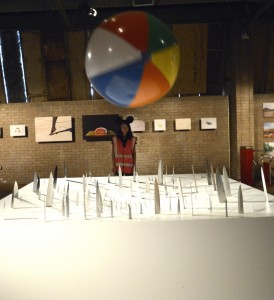 There’s an Oil-Slick ravaged Hook-a-duck, A burning bit of wood on a sandpit surrounded by deckchairs, Dog shit (plastic, thankfully) floating in a green pool at the foot of a burned out corrugated Princess castle, and so much, much more that I won’t mention as to not spoil for you if you intend to go.

Then there’s the art. Mighty sculptures litter the place. It’s almost too much to take in. As you scan it all, you’re bombarded with Hawaiian music from the tannoy along with the subversive and humorous public information updates written by Jenny Holzer and read out by a young girl. 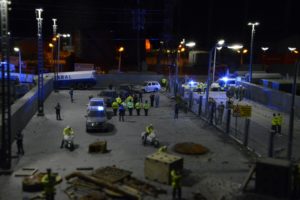 When you take the mainstream media’s coverage of Dismaland and add it to Banksy’s somewhat sardonic way with self-promotion, you arrive with a perfect parcel of intrigue. This intrigue clearly bought in many more holidaying families and locals than it did Nathan Barleyesque art hipsters. That these families are enjoying such a varied and important collection of art along the way is the real genius of Dismaland.

Banksy should be praised not for just his humorous approach towards art and the media, but the sly way he’s getting work out there where real people and not the art elite can get to see it. 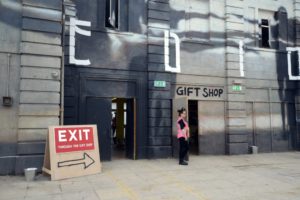