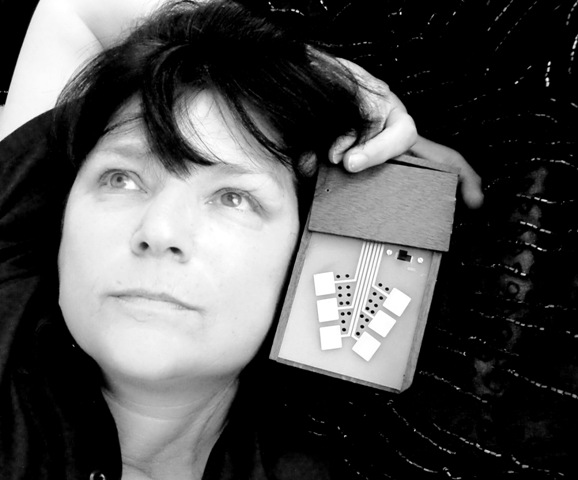 (A new, and occasional, series dedicated to people on the margins who make music. These people have somehow never been in step with the ways of the ‘Bizz. They could be figures who were never part of the traditional “Anglo-American” rock canon, long-forgotten, pre-Elvis, monstrously uncool, just starting out, living in a hut in Barnoldswick, or just slightly sinister.)

To kick things off, Richard Foster writes of Dutch singer and electronic pioneer, Truus de Groot, of Nasmak and Plus Instruments. (Some of this material will appear – in a slightly more cerebral manner – in his forthcoming book on the history of Dutch post-punk.)

Truus de Groot is a remarkable person. Singer in Nasmak (and for a time in unwilling Dutch teen heartthrobs Doe Maar) she is best known in alternative circles for her band, Plus Instruments. Like many others in the strange, overlooked Dutch post-punk scene of the late 1970s, she had a penchant (maybe driven by necessity) for making noises with discarded, or handmade instruments. De Groot pioneered something called the crackle box (‘kraakdoos’) during those years, a weird Rosetta stone of an electronic instrument; one that emitted squeaks, blurts and blaring sounds.

Described as “the spider in the web of interesting people [in Eindhoven]” by her friend, the booker and record label owner Carlos van Hijfde, she was one of the small number of people in that Dutch post-punk scene who got out of their own creative backyard and actively nurtured national and international links with other post-punks. De Groot went further than most, taking the (then) remarkable step to go to New York in November 1980, to work with her friends, Lee Ranaldo (then with Glenn Branca, later of Sonic Youth) and Rhys Chatham drummer David Linton, in the process forming the first international line up of Plus Instruments. 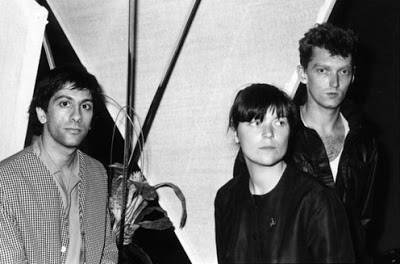 Her own music, right from her first single as B and T + Instruments (Special Agreement in 1979) has always walked a tightrope between girl pop with attitude and the wildest, ur-academic electro. Imagine the White Noise LP dragged by the hair into post-punk territory, shorn of its hippy Brit trappings and submitted to some machine beats and  a widescreen, Trans-Euro-American sensibility. That’s where we’re at. Most inspiringly, de Groot has never really let go of her leftfield, ärt for art’s sake” attitudes. Though – by virtue of a strong voice – she has flitted through a number of pop groups (sometimes to pay the money, sometimes for fun) and the bedrock has always been electronic experiment.

What is remarkable is that, just like Wire, or Swans, Truus de Groot seems to keep knocking out great records high on ideas and sonic invention; ones that often build on the “classics”. I’ve not really explored her work with Nasmak (another story entirely, though her work with Nasmak drummer Toon Bressers during 1980 the is really worth seeking out) but picked a couple of Plus Instruments classics and concentrated on the last couple of years as the later work somehow has – for this long-standing Truus fan at any rate – a pop panache that is a happy summation of what’s gone before. 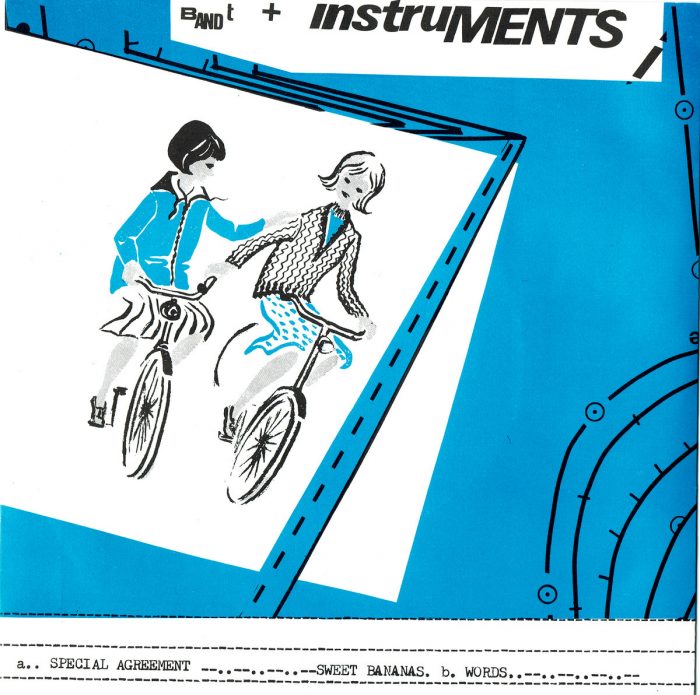 This brilliantly weird, wild, non-pop pop single was digitally remastered and rereleased on small label Smikkelbaard last year. At once very 1979, and very 2090, it sounds like the electronic gadgets in your the kitchen having a meeting whilst you’re out. You can get the feel that her hometown of Eindhoven – built on Philips money – was irrevocably moulded by technology, whether the locals liked it or not. The cover at first glance seems ridiculously and brilliantly inappropriate but somehow makes the whole experience even better. Cover art eh? 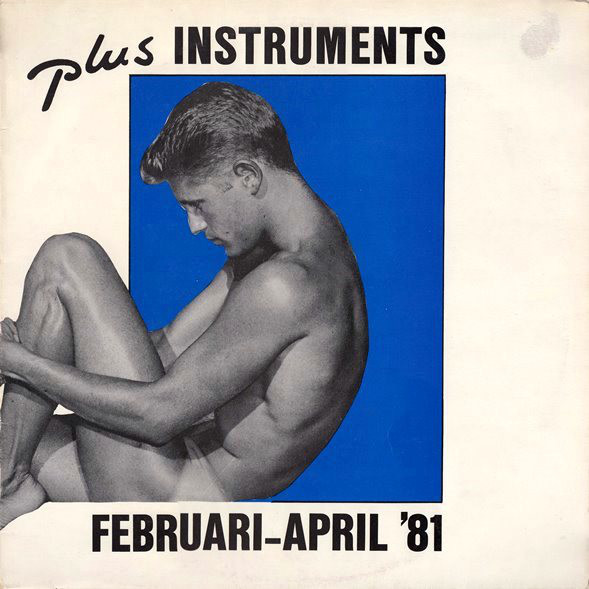 This is what happens if you do things on impulse. A sonic testimony to De Groot’s “whirlwind” friendship with Rhys Chatham drummer David Linton, Februari – April ‘81 is a classic, mixing up feisty Brecht covers (Vom Ertrunken Mädchen – Dutch post-punks were often drawn to singing in German by the way) to lofi grungey workouts that sound incredibly current, such as Lee Ranaldo and Truus’s opener, Big Man. De Groot’s feel for a groove and a hook are apparent with tracks like Rush Hour and Between the Wars; killer pieces of invention on the run, mixing strange, outtaspace blips and blurts with groovy Michael Karoli-style guitar runs. All over a meditative groove. It’s a hell of a record. Just forget it’s 36 years old. 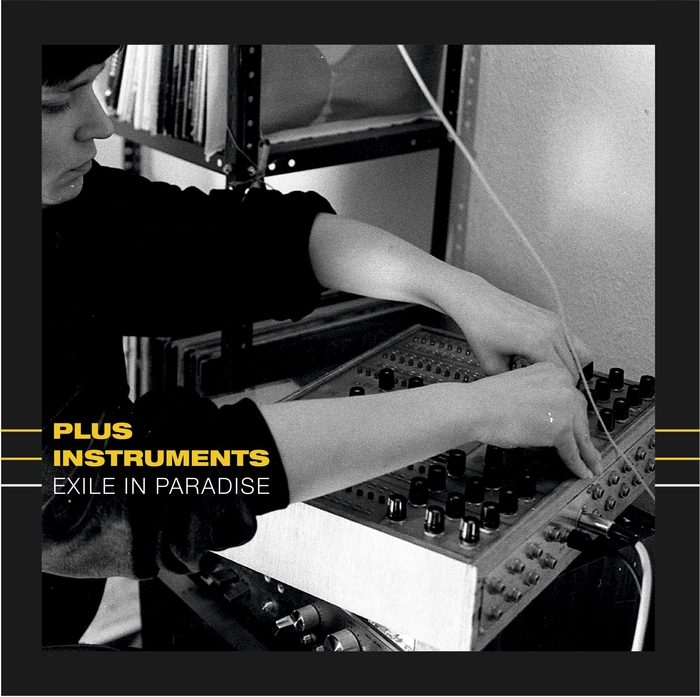 The Linton-Ranaldo version of Plus Instruments lasted less than 6 months. Regardless, de Groot was buoyed by this “fast and furious creative fling” and soon fell in with a new crowd of Yankee beatniks. This time her main cohorts in creative crime were James Sclavunos (Teenage Jesus, Tav Falco’s Panther Burns) and the Gun Club and Panther Burns’ Jim Duckworth. Together they recorded a welter of material and toured loads, only to see what they had created somehow fizzle out. But that didn’t seem to matter. As Truus says, “the only rule was to do something”. This record, compiled and remastered some 30 years after the event, is a must-have. Boasting a weird harpy-like version of the brilliant Bodies and choc-full of incredible non-electro pop like Kalt and Obsessed. Opener Paradise is an amazing track, full-on Suicide in spirit with that otherworldly, “just so” Dutch attitude which – at its best – gives direction and keeps things clear-eyed. (Just check out the ‘De Stijl’, or ‘Gard Sivik’ movements for guidance here.) You get more of her Brecht  obsession, too, with Das Ist Gut So. A classic record this.

(You should also check out the brilliant “disco” version of Bodies, which appeared on the legendary Dokument compilation LP of 1982, luckily ripped online for your enjoyment here) 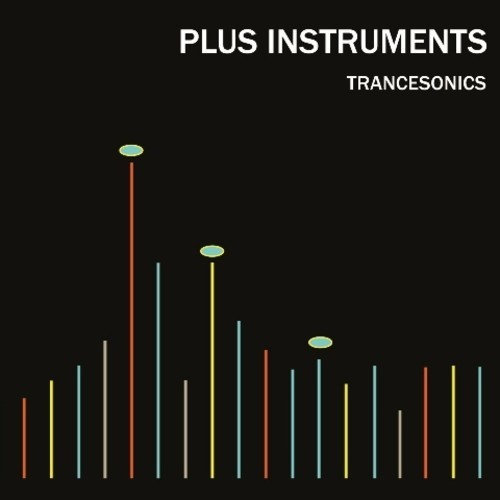 This record, release in 2013, just shows that if you stick to your Inner Vision, things work out dandy. Roping in theremin-master Jimmy Virani to do his stuff, Truus de Groot issued a brilliant and ever-giving essay in how to make uncompromising weirdo-electronic pop music. The opening two tracks, To Do and It’s Complicated are stone classics and total rallying calls, and have you on your back, gasping for air. In fact, To Do is as confident an opener since that pop-yodelling stand-off [sic!] ushered in The Faust Tapes. Here, Truus de Groot girlie-squeaks the lines “To do what I wanna do” repeatedly over a luxurious, most beefed-up n’ spaced-out Moebius-Plank-style backdrop. Yessir! Following that, It’s Complicated is the most ridiculously squidgy, Moog-tastic stomp. The record continues to pummel the listener with killer tracks like Obsolete, Magic Carpet and Snake Charmer, all of which mix that curious, “totally Truus” mix of incredibly catchy pop and electronic experimentation. A sort of Front 242 take on Talking Heads at their most touchy-feely, and a truly great pop record. 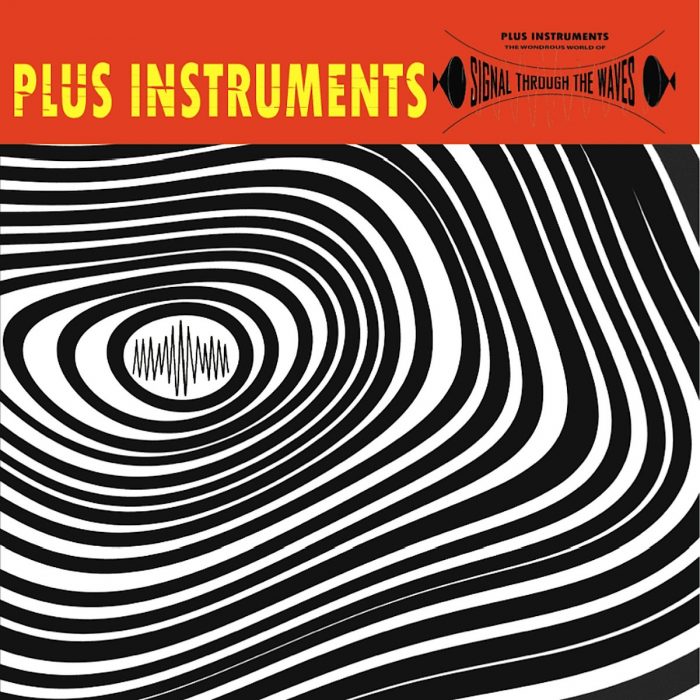 Plus Instruments – Signal Through The Waves (2015)
(Blowpipe)

More of the same? Pretty much so. Joined by long-term collaborator James Sclavunos, Truus de Groot created another classic record, possibly more unhinged and wayward than Trancesonics but still possessing bucketloads of that fabulous pop sensibility. There are quieter moments from the unrelenting stomp of Trancesonics, and to this listener the feel of the LP (as seen with tracks like This Fire Burns, Come Closer and It’s Over) is closer to Februari-April ‘81 in its sound. Truus plays the “done-it-all” diva throughout. And there are recognisable nods to Suicide, and more recent electronic noiseniks like Add N To X, too, in the “snakey” nature of the overall sound. It’s a slow burner and a very, very seductive album. 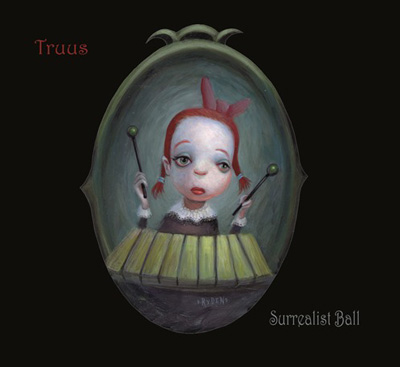 Following that, Truus put the Instruments to one side and embarked on a very, very strange but inspiring solo project that somehow should be a staple in every Head’s collection. Being a surrealist ball, naturally every track is a different dance (Rhumba, Tango, etc). Further the whole thing’s inspired by the art of Marion Peck and Mark Ryden, the “godfather of pop surrealism” (one of his paintings adorns the cover). The music is very reminiscent (and I don’t really know why) of Mike Patton’s work with Kaada on the Romances LP. Or maybe a Dutch bedroom electro take on Mr Bungle, or Ruth White (finally) having a laugh. Gawd, I don’t know. Listen to tracks like Nihon Latino and just imagine it as the soundtrack to Edward Gorey’s works and you are there. Sampled voices, strange ghostly electronics, a whole heap of time keys and some weird diversions into the grottier corners of the electronic workshop, where Conny Plank dropped off a lot of his unwanted junk and forgot to pick it up.

Recently out, Truus de Groot’s latest work is a collaboration with Brazilian post-punk veteran, Miguel Barella. Boasting tracks like the ghostly Don’t Scream, it’s a quieter-than-normal, but committed and very tough record. As ever, there are some inspiring tracks on Devil May Care, such as Love To Misery, or This Store Is Closed, two ridiculously simple, singalong pop melody dropped in a bucket of high quality, Fourth Drawer Down-approved angst. Barella throws suitable guitar noises into the mix, adding an appropriately rich, weighty counterpoints to the trademark electronic blurts and hisses. De Groot is still throwing around her clipped, simple lyrics too, often like confetti at a wedding. These statements drive the melody lines and stick in the head for ages; you can hear them on tracks like Comfort Zone and Flying. There’s an enjoyable and recognisable ode to the late, great Alan Vega too. All in all, another great non-pop pop record. How does de Groot keep knocking them out?