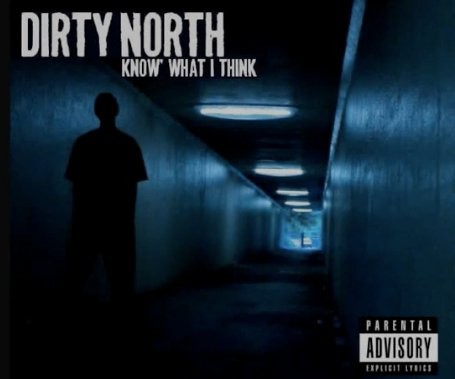 Dirty North are about to put out a new single; Carl Stanley caught up with them as they prepare for release day… 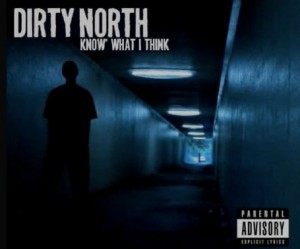 LTW: First off, new Dirty North single due out soon, what’s it called?

Well after considering which tune to put out, because we did one track then we did another but in the end we decided to do “The Blues”, we have previously released it as an acoustic version but this is with the full band on it, sounds a lot different and obviously no ones heard this recording, plus they’ll be some b-sides on there as well.

LTW: Going back to the Roses press conference last year and Reni’s comment about the band “Dirty North from Wythenshawe, they’re great” must be nice to be noticed by a band like the Roses?

Yeah its been good to have help with promotion, some one big enough for people to pay attention too because its really hard for new bands at the minute, if you’ve not got the money behind you or you’ve not got the so called X-factor it is pretty hard to get your self out there and get supported.
Most rappers spend like 10yrs before they release a big enough album for anyone to actually hear and its like bands like Elbow, one of the most popular bands right now, they’d been going for 15yrs before they got big so when you get The Stone Roses mentioning us its great because we’ve only been together for 4yrs, we noticed we started getting more downloads and that so yeah, its well good that they noticed us.

LTW: Do you know how he picked up on the band, did he catch one of your gigs?

No one saw him personally but we figured that he must of been to one of the gigs because as a band we think our shows have been better than our releases up to now but we’ve changed that with the new single and album were about to release, but everything we’ve done so far has been mix-tapes that we’ve done in our bedrooms, EP’s we’ve spent a weekend on, you know, so I think it must of been the live stuff he’d heard.

LTW: As a Manchester band would you say The Stone Roses have been an influence on Dirty North, in any way?

They probably were without me realising it really because my big brother used to listen to them and I’m a Manchester lad and its the Stone Roses isn’t it, they’re a big band and especially in Manchester, so yeah, they’ve been an influence.

LTW: “Down in The Game”, the debut album coming soon, who’s produced it?

LTW: Best thing Dirty North have produced up to now, would you say…

Definitely, best thing so far but were already looking forward to the next thing, we started recording the album last year and we aimed to get it out before now but we’ve had to put it off for this reason and that reason but we’re really happy with it, we haven’t just sat on it waiting for the right time, we’ve been thinking about it and changing it and as I say getting the odd track remixed and having tracks that were never even planned on there plus we ended up taking a few tracks off the album we thought wouldn’t work but we’ve really gone to work on the album so that’s why there’s been a sort of a wait.

LTW: The group have that eclectic mix and loads going on sound wise – so I’m guessing you’ve had many different labels thrown on you by the music press and Industry, can that make it awkward for a band coming up?

LTW: Who writes in the band; Johnny, is it you?

Yeah I’m the writer, but Dave the drummer sings as well and writes and for future work Dave’s got a lot of material stacking up so were gonna get them introduced to the live shows a bit more, like rapping over stuff and taking the lead more than we usually do, he’s still on the drums but he just gets on the mic and the vocals change so its nice to do that because its a bit of a change but at the same time its not that different, its the same style.

LTW: Where does your material come from when you sit down and write?

I try and write about everything I see so for me its real, straight-up and matter of fact, by doing that your just being honest, and other peoples lives and seeing what they do, its not about what we just do but about what they do and the situations they’re in.
Everything written is about real life scenarios pretty much that I’ve been through or that I’ve seen one of my mates been through and that’s what’s good about it, the way I see it is that if you aim for that no one can ever accuse you of chatting bullshit, and more people can relate to it.

LTW: Musical influences, I guess there’s many in Dirty North, between all 3 of you?

For me its Rap and Reggae, when I say that I mean proper like, Gangsta rap, like Tupac and roots reggae like Bob Marley which both for me is about the lyrical content more than anything else and that’s probably why were doing what were doing right now, musically. Dave’s influences are Rap and Blues and Palmer’s are everything but techno- which I can actually say is true.

When we first started off there were 3 guitarists and we played a lot of metal music in our bedrooms and then I started writing, Dave started playing drums and Palmer started on the bass while I carried on playing guitar and writing.

LTW: When did you pick the guitar up then, and how old are you all?

Were all same age, 23, and I started playing guitar when I was at high school, around the time we chose our options I didn’t pick music but 6months later I ended up paying guitar so I was sort of kicking myself not picking it, but we never got proper into it until about late 2007 which was when I probably started writing songs. It was when a lot of stuff was going on in my life at the time and you know with everyone needing that one thing they can control and all that, I just started writing and that was my thing, so then I had these tracks so we went on to do some gigs, then we recorded and that’s how it went, and that’s how it still is now really.

LTW: The live reviews have been really good and it seems your shows are already getting a bit of a following

Yeah well I wouldn’t say massive but we’ve had quite a loyal following in the last couple of years and we’re grateful because we get a lot of support from the fans and people who come to the gigs. It’s like its been slowly-slowly building up and the Stone Roses press conference was the biggest thing press & promotion wise for us and we did notice it, every time we do a gig are thing is that if we do a rubbish gig or the sounds rubbish and its just 10 people in the room and 1 of those people really loves the band likes the music then he’ll go on to tell his mates and so on, every where we go we try to at least show some one some thing, some thing they can get into.

LTW: Have you found that there’s the basis for some type of scene amongst you and the Janice Graham Band, both making similar sounds in Manchester”Â¦

Well I wouldn’t say there’s much of a scene going on at the minute but I think one of the biggest things we’ve been a part of was a gig a couple of years ago, it was Frazer king playing, who I think are the best Manchester band right now, then us and then Janice Graham performed after us. We all used to help each other out like if one promoter offered us a gig and we couldn’t do it we’d be like “no, but Janice Graham can” and they’d do the same for us and the same for Frazer King, plus the drummer in Janice Graham grew up with Dave and Palmer so its always been like that between us. 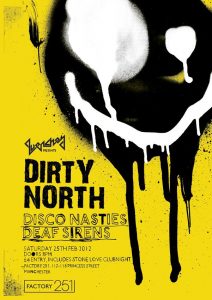 I don’t know, can’t really say…though it’s the year of the Dragon isn’t it and that’s our year, so I’ll say yeah.