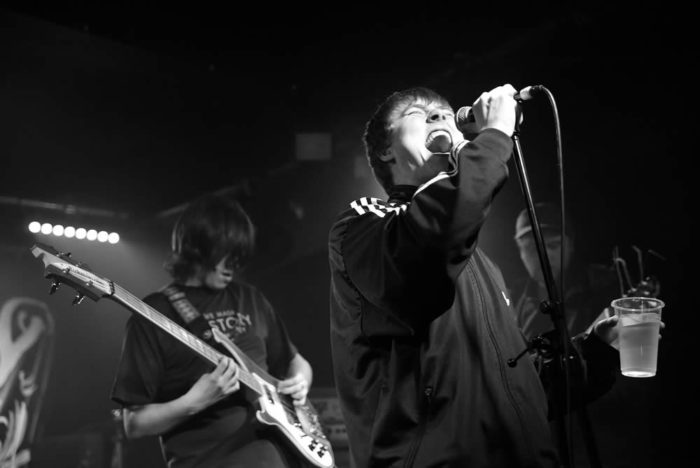 One of the hottest up and coming bands in Manchester, Dirty Laces sold out Night & Day with support from BASSiCK and Sugarspun, Nigel Carr reports back for Louder Than War.

I can be accused of only focusing on the headliners but both support acts tonight are more than worthy of coverage. Opener BASSiCK is the brainchild of one-time Ian Brown bassist who stands alone creating atmospheric soundscapes from centre stage. At times he understandably strays into Stone Roses & Ian Brown territory. The influences, clearly present, but he manages to engage the slowly swelling audience.

Next up is Carlisle’s Sugarspun. After the opener, I was off to the bar thinking they were yet another Oasis soundalike. (I have this fear there will be a full-on revival). A few tracks in and it’s a different matter. It’s as if they suddenly find harmony and what comes next takes them in a completely different direction! (Below – Sugarspun) 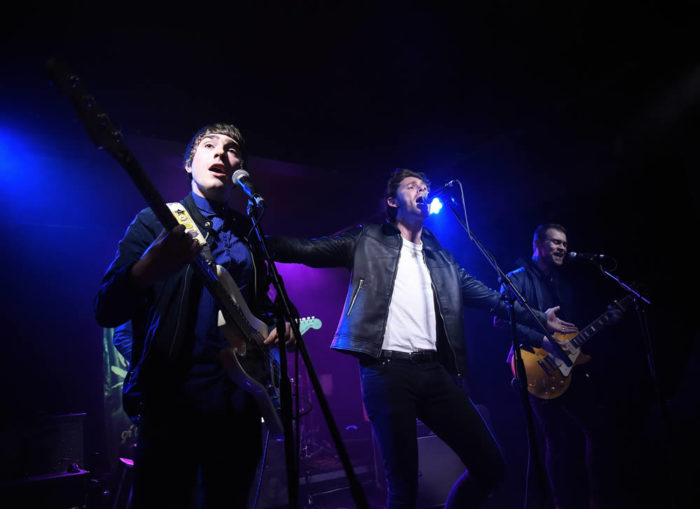 Carefully crafted pop songs with a sixties edge. I mention ‘Weezer’ to them afterwards but with the light harmonies and ‘I can’t get it out of my head’ melodies it’s as if the Distractions have wandered on to the stage without me noticing. Highlight is a track called Trust & Promises with its infectious melody – I can only hope they stick to this sound! It can’t be easy being rooted so far North so let’s hope they make the pilgrimage down to Manchester more often! 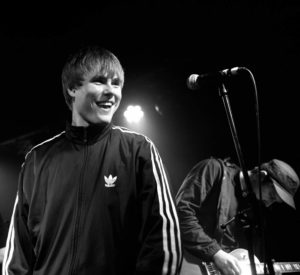 Dirty Laces are up next and what a powerhouse of a band! With the Adi-clad frontman I’m expecting pure Roses/Oasis but get something far deeper and more complex. The power of the band emanates from the rear with the engine room of Luke on drums and Tom on Bass bursting forward, layered with guitars and the remarkable vocal talents of Charlie up front.

Few bassists can hold a band together like this. Think Roger Waters (who Tom possesses a remarkable resemblance to – well, a late 60’s version!), Norman Watt-Roy or JJ Burnel. The band is anchored to his incredible playing. Holding the instrument up high with every strum considered, this is some of the best playing I’ve ever seen.

I don’t want to go on as it suggests the others are inferior – they’re not. What we get is perfectly crafted 90’s inspired post-indie with a deep psyche groove and extended freak-outs. Notwithstanding the slight incongruity up front, Charlie proves the perfect frontman, charismatic, smiling and engaging with the packed house, providing balance to the furious rumble from behind.

Originating from the City’s North East corner, Failsworth and Oldham, there is a connection with that Manchester sound, but the band is better when ploughing its own furrow. The Stooges influences are unmistakable, particularly on opening track, In Time which is still Manc but with a gritty underbelly, fresh with pop flourishes and spiky guitar licks. 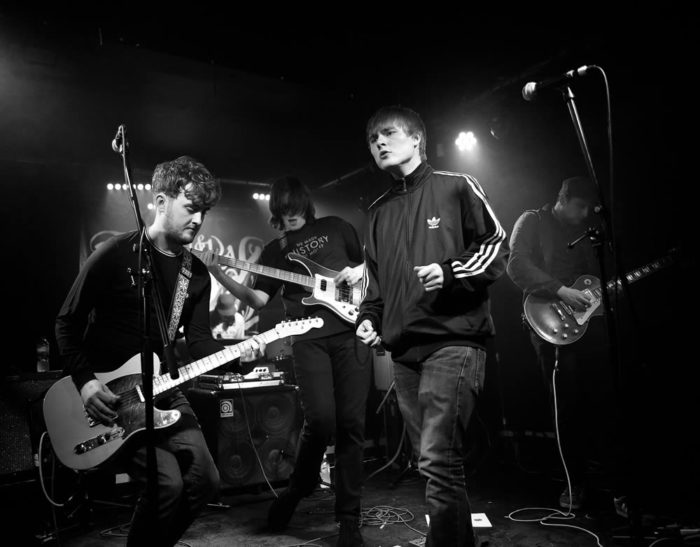 I chatted with the band pre-gig and Tom cited proto-punk ‘powerhouse bands’ such as The Stooges, The MC5 and even Led Zeppelin and The Beatles as influences and you can feel the echoes of these bands right through the set. We even get a Luke drum solo, proper prog! Between The Lines and closer, Set In Stone have huge rock riffs propelling them forward with screaming guitars and thunderous drums firmly anchored to the bass.

The band focuses on delivering the kind of high energy set you need at a gig to keep the audience engaged, and by the end, they are having a great time, people on each other’s shoulders, dancing and screaming.

As Tom said, ‘You’ve got to grip people’ – wise words – there is no doubting the band’s ability to do just that!

With this sold-out gig the stage is set for a bright and thunderous (did I really say that again?!) future for Dirty Laces. Catch them soon!

Photo credits: Steve Hampson, you can find more of his work here.