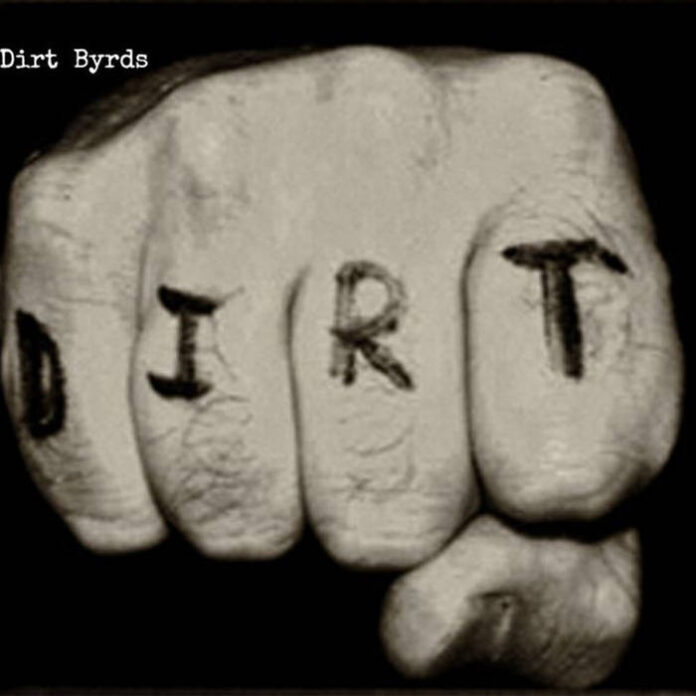 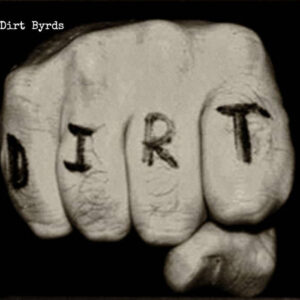 With a name like Dirt Byrds and a description on their Facebook page of “loud rock n roll,” you’d think that this mob were a surf or rockabilly band, but this is pure unadulterated Oi! Some people turn their nose up at Oi! Perhaps based on the early 1980s, when it was infected with far right politics and some of it was ploddy, unintelligent shite. Or maybe just an aversion to anyone with a crop. Those people are missing out.

Northern Ireland has produced some fine Oi! bands in the past – Runnin’ Riot being the benchmark, but some worthy contenders such as Takers & Users in recent years. Norn Irn has also produced some amazing punk bands right from the outset: Rudi, Outcasts, The Undertones, S.L.F., The Defects, Toxic Waste, F.U.A.L., Pink Turds In Space….I’d be here all day and still miss some out.

The Dirt Byrds, for the most part, play a tight, jabby, take on Oi! that loses none of the punch but is light enough on its feet to dance around the ring. They slow things down a little here and there with raw, gravelly, yet melodic tunes that could pass for some previously undiscovered early SLF demos.

My initial listen had me drawing comparisons to SLF, The Oppressed and maybe even a little Sham in places, but primarily, I just could not shake associating them with Runnin’ Riot. It’s in the accent and delivery combined with the attitude, the way the songs are written and the overall production. I tried to put that to one side, but it kept returning. When I checked in with the band, it turned out my hunch was right.

It turns out Keith Farr from the band was good friends with Colin McQuillian (RIP), the singer of Runnin’ Riot. Keith wrote some of the songs they recorded and he was in the band from time to time. Colin had even earmarked some of the tracks on this release for a Runnin’ Riot album that unfortunately was never recorded.

Listen to They Shall Not Pass by Dirt Byrds

Dirt Byrds have all the required components for a good Oi! band: strongly delivered, raw vocals; terrace style backing chants on the singalong choruses guaranteed to get drunken fists raised at any gig; there’s even tuneful yet raw singing akin to Jake Burns at his best; a wandering bass; a knife-edge guitar with brief but well played solos and the odd over-driven open chord; a well battered snare that powers things along and floor toms that pound away on the slower sections or choruses.

The lyrics are relatable and socially conscious, yet don’t lose the slightly chaotic yobbish raised-middle-finger attitude. Songs are broadly of the “head down, don’t give in” type, pro-working class, anti-big business (“I work for the rich man…Let’s build the barricades and fight them street by street. The multinationals and the exploiters, we’ll drive them into the sea”) anti-cop, anti-politician, pro-refugee and, of course, anti-fascist. You’ll find key phrases like “Don’t Let the Bastards Grind You Down,” “Punks and Skins,” “They Shall Not Pass” and mention of the streets and fighting lurking in the lyrics. There is also a bit of drinking and rampaging thrown in for good measure. In short, they’ve got the key ingredients for a few anthems. A fist on the front cover and a crucified skin tattoo on the rear seal the deal.

The album finishes with a version of the old radical/trade union standard Which Side Are You On? adapted slightly to current circumstances: “Come on all you good workers, good news to you I tell of how we’ll fight the Tory scum and send them all to hell.” It’s clear which side Dirt Byrds are on, and I’m on their side.

Pre-orders available from Dammit records on Bandcamp ahead of 1st November release.