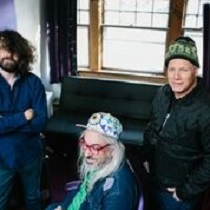 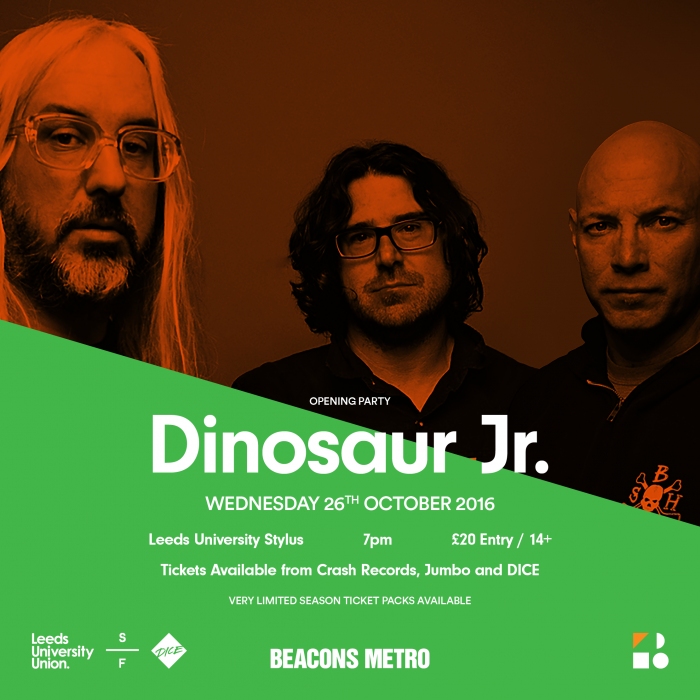 Beacons Metro have really gone for it this year booking legendary noise merchants Dinosaur Jr. as the headline act for their city wide festival in the heart of Leeds.

The festival runs from October 28 to November 7 in four different city centre venues and was created after the organisers abandoned their summer open air festival in favour of a more eclectic urban event.

It is a real coup booking Dinosaur Jr. to open the festival at Leeds University Stylus on Wednesday 26 October as they have been knocking out classic albums since 1985. J Mascis and his mates have always had an eye for melody amidst the guitar driven chaos going right back to their classic single Freak Scene.

They are back with new single Tiny showing off their penchant for loud and quiet all in one song and they will showcasing songs from their new album, Give A Glimpse of What Yer Not.

Indie popsters Keith were one of those bands who should have been huge, but they never quite made it, and since splitting their main man Oli Bayston has been making music under the Boxed In moniker.

As well as creating a more electro sound the talented producer has been producing and writing songs for the likes of Cocknbullkid and Lianna La Havas. Boxed In will play tracks from their new album Melt at Headrow House on Thursday 27 October with support from TV AM, Actor and Shells.

If you like your hardcore with a hefty dollop of chaos then Polaris Music Prize winners and Canadian TV hosts Fucked Up are just perfect. It’s astonishing they have managed to keep up the intensity for 15 years and every one of their album are as unpredictable as their live shows. Lord knows how intense this show will be in the intimate confines of Belgrave Music Hall on Thursday 27 October with support from Diarrhea Planet.

You can expect home grown chaos as local stars Hookworms will show why they are one of the UK’s most terrifying bands in the hallowed environs of Holy Trinity Church on Friday 28 October with support from Virginia Wing and Great Ytene. Hookworms’ last album The Hum was a neo-psychedelic masterpiece and they are long overdue a new album.

It would be a poor metro festival that didn’t have a urban side so luckily they have booked one of Grime’s elite Ghetts to play Belgrave Music Hall on Friday October 28. Earlier this year he was joined by BBK’s Frisco to create Them Man There which quickly became one of this summer’s anthems.

Tinie Tempah is a big fan of MC Lady Leshurr who comes up from Birmingham to play Belgrave Music Hall on Sunday 30 October. Grime godfather Wiley is also a fan adding his talents to her bass-booming new cut, Where Are You Now.

It’s debatable whether it was a brave decision for James Righton to walk away from Indie darlings The Klaxons or whether they had just run their rather tired course. Ironically his new project Shock Machine is way more interesting judging by his excellent self –titled single so check him at Headrow House on Sunday 30 October before he starts playing much bigger venues.

When Foals pick one of your tracks as their walk on music you must be good which is certainly the case if you are Anna Meredith who plays Belgrave Music Hall on Tuesday 1 November. Meredith is coming back home to the White Rose county as she studied music at York University which led to a stellar career in classical music before she decided to play their talents to electronica scoring an impressive 8.4 on Pitchfork for her debut album Varmints.

The Horrors fans will heading over to the classy Howard Assembly Rooms for Cat’s Eyes on Wednesday 2 November. The Horrors’ frontman Faris Badwan and multi-instrumentalist Rachel Zeffira will be melding Phil Spector’s Wall of Sound with electronic basslines in a unique mash up that somehow saw them performing at the Vatican.

Lewisham bred MC Novelist honed his craft on pirate radio stations in his early teens so it’s no surprise he has rapidly gained a big following who will be out in force at Belgrave Music Hall on Thursday 3 November.

Local lad Alex Krrum who used to be a butcher but his new works has already been premiered on Annie Mac’s show so his meat chopping day are now behind him. Be warned that his show at Headrow House on Thursday 3 November will sell out. 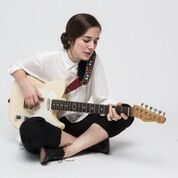 Emotions and Math is not simply the name of Margaret Glaspy’s debut album – it is actually her mission statement. Her show at Headrow House on Sunday November 6 will be full of heartfelt admissions of her inner life on tracks like Situation and You Donlt Want Me.

Local Natives came to the attention Beacons Metro with their 2009 debut Gorilla Manor and their understated folk soaked in Californian sunshine makes them the perfect choice to close the festival ay Leeds university Stylus on Monday November 7.

Their second LP Hummingbird was dubbed ‘brilliant’ by NME and the new material is bigger and bolder while managing not to lose their unapologetic vulnerability in Taylor Rice’s anthemic hooks.

You can buy a £50 ticket that will get you into every event and to find out mores go to www.beaconsmetro.com