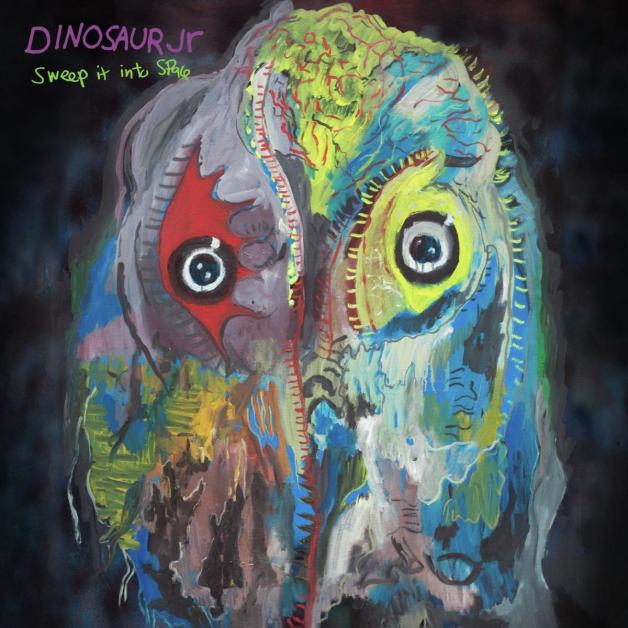 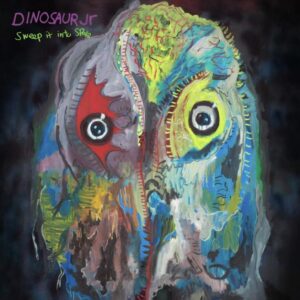 Dinosaur Jr.: Sweep It Into Space

The Amherst veterans continue their second coming with their most expansive record yet. Sam Lambeth reviews.

There have been numerous signs over the years of J Mascis mellowing. Firstly, his batch of solo acoustic albums that pushed his tumultuous guitar playing into gentler waters. Secondly, there’s the fact his rekindled kinship with bassist Lou Barlow has now lasted longer than their original, highly volatile tenure. And now, the evidence is considerable on Dinosaur Jr.’s twelfth studio album.

Since 2012’s languid I Bet On Sky, Dinosaur Jr. have scaled back the squalls in favour of a more wistful sonic palette. Sweep It Into Space continues this hazy torpor while pushing their sounds somewhere new. That could be down to the presence of Dino disciple and drawler Kurt Vile. As co-producer of Sweep It Into Space, he adds rolling acoustics and a country-tinged crunch to the breezy lead single I Ran Away. Meanwhile, the plaintive rush and forlorn falsetto of And Me recalls the richness of 1991’s Green Mind (as well as The Cure’s Inbetween Days).

Even more striking is Take It Back, a gentle number filled with lilting piano plonks and sparse percussion that would have been unforgivable if released during the band’s sludgy ’80s ascension. Barlow also contributes two compelling tracks. The most arresting is Garden, a truly gorgeous slice of mid-paced majesty that elevates the bassist’s honeyed howl to brilliant heights. Like their previous record, 2016’s sublime Give A Glimpse Of What Yer Not, Barlow’s songs remain striking.

There are still songs that showcase Mascis’ blazing six-string heroics. Opener I Ain’t is a surging crunch of melancholic chords and I Met The Stones is a molten strut of voluminous solos. For the most part, though, Sweep It Into Space is a tuneful, mature continuation of their recent successes. As Barlow so wonderfully puts it during Garden, “the centre’s holding, it can’t be broken.”