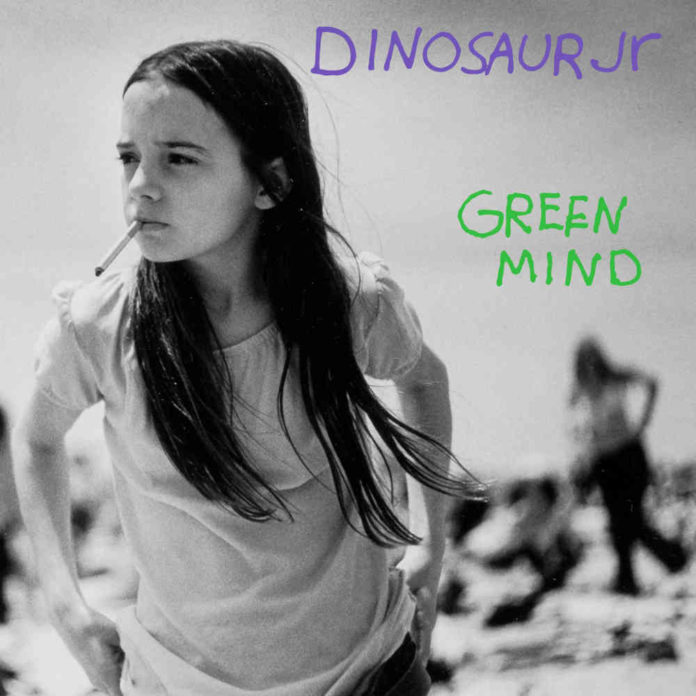 Dinosaur Jr – Green Mind and Where You Been 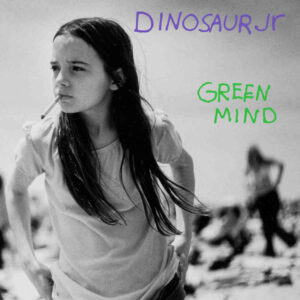 Taking Dinosaur Jr to one side for a moment, I like J Mascis a lot. Seems to me like a cool cat in his interviews, a genuine type. Whereas a lot of “Rock Stars” can’t wait to tell you how phenomenally interesting and outrageous their lives are (usually in a rather needy way I have to say), he comes across honest, downplaying things in his own typical style. His interview for Snub TV around the time of the Freak Scene single was a good example of a man firmly rooted in reality.

Moving along to matters musical, his songs seem brutally frank, sometimes at his own expense and with a sensitivity that is a neat juxtaposition to the often thunderous music. Which brings us to that quite beautiful but brutal guitar sound, a shotgun wedding between Husker Du and Thin Lizzy made in heaven. Personally there are times in the Dinosaur Jr oeuvre when a bit of judicious editing may have been an asset, but I suppose that may have robbed the band of what they were all about.

By the time that they signed for the majors they had undergone a severe upheaval in that Lou Barlow had finally quit the band. It had been in the offing for a while, but even so it was a blow. Lou went onto his frequently fascinating Sebadoh, so in the long run it was a win-win situation. Mascis drafted in Don Fleming and Jay Speigel from Gumball for their parting shot to the independents, the single version of The Wagon issued by Sub Pop.

By the time they signed to Sire through the Geoff Travis-helmed Blanco Y Negro imprint, Dinosaur Jr were just down to J and Murph. Even then J played the vast majority of the instruments on their first album for the label, with Murph just drumming on The Wagon, Water and Thumb. If J had taken total control of Dinosaur then, this situation did not adversely effect their sound. In fact to my ears they never sounded better.

1991’s Green Mind has always been a favourite of mine. Though fairly highly rated, there’s always been a feeling that this album is overshadowed by Dino’s early Indie output and the follow up Where You Been. Listening back on these new editions I’ve found I still prefer Green Mind. Nothing against Where You Been, it’s a really good record, but didn’t connect with me in the way its forerunner did. I suppose it was tracks like How’d You Pin That On Me with lyrics like “I’ll leave the house when I’m less scared” that seduced the 20-something, shy and slightly reclusive me.

On the face of it, nothing much had changed from their indie days. Maybe a little more in the way of production touches and slightly broader sonic landscape than on Bug say, but not much else. Having the record start with The Wagon single was a masterstroke, a blast of classic fast Dinosaur Jr which gives the LP an immediate momentum it doesn’t really let up until the very end.

I’ve always favoured Blowing It and I Live For That Look, concise and crunchy statements of intent, with words that hint at betrayal and frustration under the surface, though never overtly stated. There’s some great buried riffing on Water and the mellotron-powered Thumb stands out too. Overall this is still a truly satisfying album of Dinosaur Jr at their very peak.

This disc is rounded off by eight bonus tracks, mostly b-sides to singles, though Whatever’s Cool With Me headed up its own EP. Unfortunately it doesn’t include the Don Fleming song Better Than Gone which featured on the reverse of the lean and lovely Sub Pop version of The Wagon, which may upset completists. What we do have here is a lot of fun, with Dinosaur Jr reaching back to their full throttle hardcore punk roots on Pebbles + Weeds and The Little Baby, but also bare and acoustic on the comic look back to Green Mind Quicksand (Wagon Reprise).

The previously unreleased Live From Hollywood set which begins disc two of this set is ok, a decent setlist taking in tracks from You’re Living All Over Me and Bug plus Green Mind. They bash out Freak Scene with vigour and Sludgefeast has some thrills and spills. But I much preferred the four “Live B-Sides” concluded this second disc. These tracks came with various 12″ inch versions of Whatever’s Cool With Me EP and they have a bit more punch and seem more focussed too. The normally taciturn Mascis does actually talk (a few words only) and it would take a hard heart not to warm to the playful lope of Keep The Globe.

Where You Been followed Green Mind two years later and was their most successful platter in terms of chart action, hitting the UK Top 10 and also spawning a hit single in Start Choppin’. Being released in the middle of the grunge boom they played a big part in inspiring may have helped sales, but it was an undeniably strong set of songs and performances too. Also they were now back to a band format, with Murph reinstated to full drum duties and Mike Johnson (ex-Snakepit) joining on bass.

Opening track Out There, one of the LP’s other singles, was a classic rocker with a trippy breakdown, but What Else Is New is nicely fuzzy and restrained, utilising strings and kettle drums well. Spacey near-ballad Not The Same is a delicate delight and is followed by the more country rock stylings of Get Me (which oddly enough reached the number 44 slot on the UK charts as a single, exactly the same mark as Out There). Goin’ Home has a lovely warm organ sound and I Ain’t Sayin’ brings the album to a fittingly bombastic climax.

As with Green Mind, we have b-sides and bonuses added to this first disc. Gram Parson’s Hot Burrito #2 gets the loud Dino treatment and the stripped-down sadness of Ghost (Acoustic) is touching. After a downbeat start Forget It kicks into some great riffing and to keep one on one’s toes they get Del The Funky Homosapien to rap on Missing Link. A rum end to a mostly pleasing effort.

The bonus disc’s crowning glory is the first six tracks which are from BBC sessions. Four tracks come from the John Peel show and two more from The Evening Session and they’re all beauts. J employs a seldom-used baritone to good effect on Noon At Dawn, its more laidback treatment really suiting the song and being a nice step away to what had become “the Dinosaur Jr sound”. Get Me thrives in this sparse form and Thumb also works excellently as an acoustic piece. The disc ends with a live selection from St Paul’s. This has fairly good sound, but the performances seem a little flat at times to me, especially towards the end.

Though there is a tendency to think that Dinosaur Jr were at their best as the classic Murph/Barlow/Mascis line up, these two records and the performance contained herein prove that they were far from washed up on the majors. These are nice reissues that round up most of contemporaneous recordings and provide some neat insights during less guarded moments among the bonus selections. These sets come with good sleeve notes having new observations from J Mascis and a full examination of each album by Keith Cameron. Though around the time of these two LPs many worshipped the bands Dinosaur Jr inspired through grunge at their expense, J and friends still remained at the peak of their powers and far cooler than the herd.