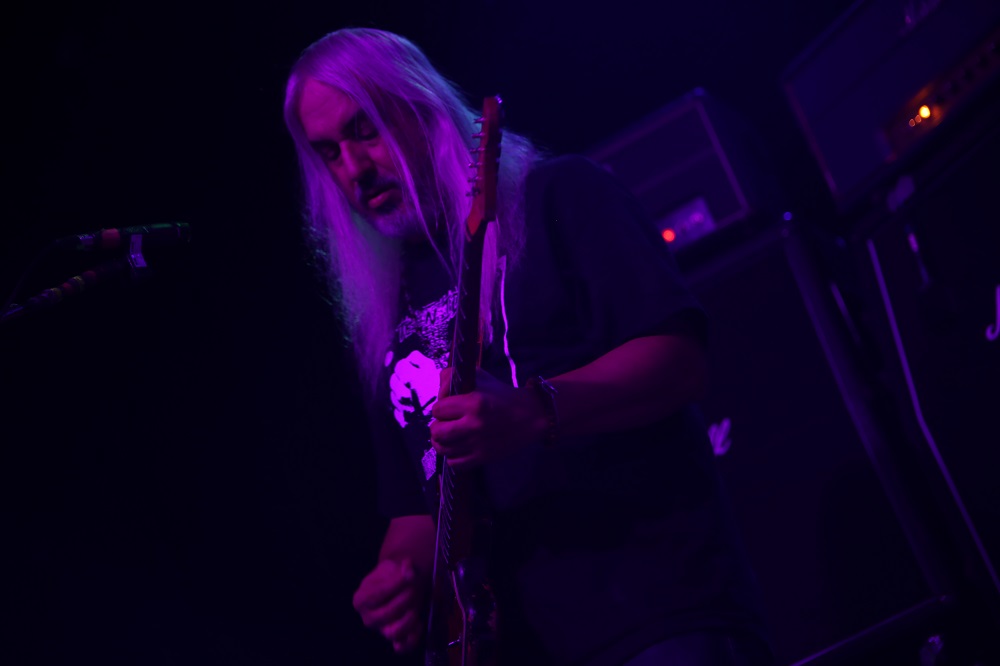 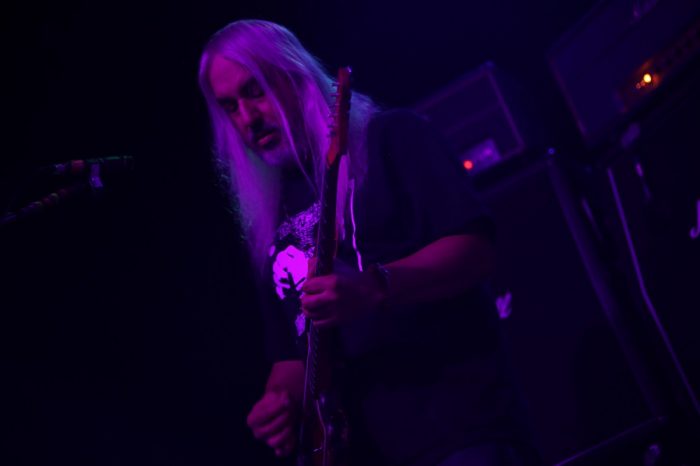 ‘Louder’ shrieks a diehard Dinosaur. Jr fans before they have barely struck a chord but that is last thing this gig needs.

At the risk of sounding like my granddad this concert was far too loud detracting from the experience and the main reason for that was when J Mascis, Lou Barlow and Murph were fully locked into their groove you just couldn’t hear the vocals.

One of Dinosaur Jr.’s great strengths is J’s sardonic slacker words and vocals so not being able to hear him clearly is not just a shame, but downright criminal. So we are left with a mighty powerpop trio rampaging through pretty much the best of their rich back catalogue as the Stylus rocked out in fine style.

This is one of those rare bands who came to their senses and realised they work best as the original line up so Lou Barlow is back smashing away at his bass like it is his worst enemy as his suspiciously dark curly mop nods along in time. By the end Barlow’s light blue denim short was a deep dark blue soaked with sweat as he just kept bouncing round the stage all night like a deranged Duracell bunny.

His partner in crime is the stocky Murph who launches similar lethal assaults on his kit all night, but for the fans it is J who is a focal point despite being the most static thing all night. Mind you, if you want to play the glorious, looping solos he cranks out in virtually every song then you probably need to concentrate. Although focusing seems to have robbed his power of speech as he barely acknowledges the faithful.

Bulbs of Passion from their mighty debut album sets the tone from the off full of trademark light and shade in their playing before the first of many solos adds an absorbing layer of beauty to the noise. Only Neil Young solos so consistently and with such powerful precision making sense of the chaos.

New song Tiny – from their return to form album Give a Glimpse of What Yer Not – is a perfect example of how they can move up and down the gears in a song changing the dynamics at will from hard riffing to neat solos and back again, The most pit were certainly loving it.

From there Feel The Pain feature some lovely glacial fretwork from J before the lords of onstage chaos decided to kick back in as the mosh pit surged once more. Another newbie Knocked Around was about the only song that might qualify as a ballad and a highlight because you could actually hear J’s voice for once.

As this was a semi best of set the crowd went berserk when the distinctive chords of Freak Scene kicked in but despite this being one of my all-time top 10 singles it was disappointing. It failed to move me because I just couldn’t hear those brilliant slacker words which is such an integral part of what makes it such a classic tune.

There was much that was memorable about this concert but if the amps had been turned down from 11 it would have darn near perfect. So full marks to Beacons Metro for booking a legendary band to kick off their urban festival, and as for the dunderhead who wanted it louder you got it dead wrong mate.

Beacons Metro runs in Leeds until Monday 7 November and for more details go to www.beaconsmetro.com.