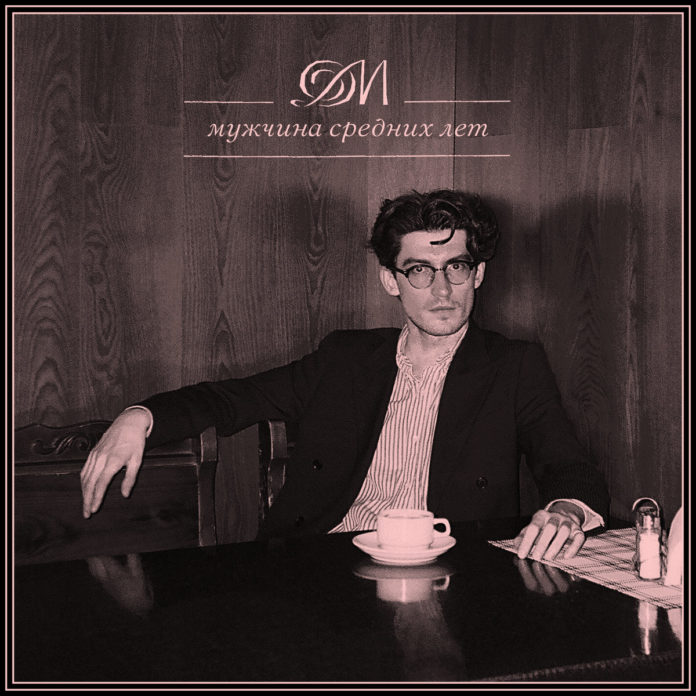 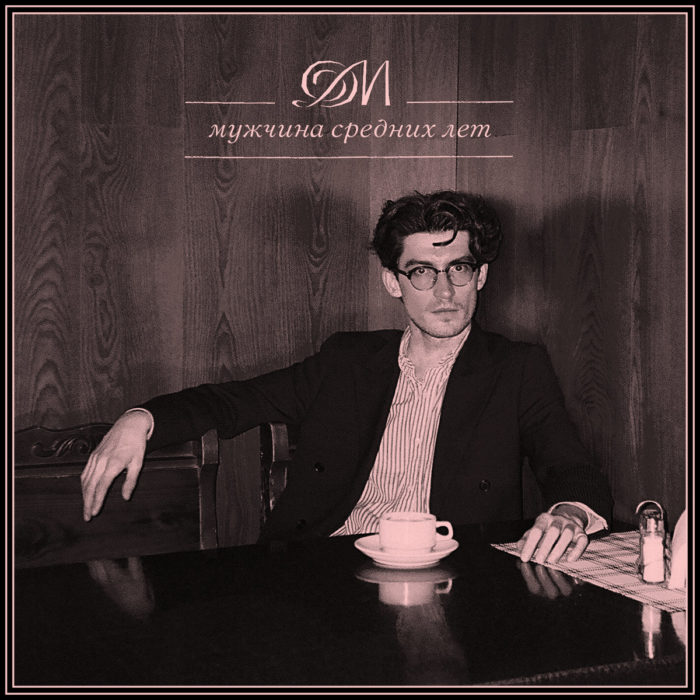 Dima Midborn is a busy man. The bassist is a member of the remarkable Moscow post-punk act Inturist, pop stars On-The-Go and the architect of many a solo project. As said elsewhere by this publication, we saw him play a killer gig at the second Station Narva festival last September, as part of a makeshift duo with the brilliant Moscow saxophonist Sergei Khramtcevich. Now he’s released a brilliant new solo record Middle Aged Man, on the small, slightly weird, Dutch vanity label Smikkelbaard. Further proof, if any were needed, that Moscow’s underground is currently a very creative place.

More than anything, Middle Aged Man is about creating atmosphere. An atmosphere, moreover, that the listener can wallow in, luxuriate in, and even waste time in. It does this extremely well, and at no discernable rush.The opener ‘Если’ (If) is more laid back than an upturned sofa and really sets the tone for the rest of the album. Then there’s the gloriously morose instrumental ‘Магазин на Лесной’ (Liquor Shop) which is a great play-off of blurts, taps, and groans and parps; the whole congealing in a furtive, fusty and slightly wobbly atmosphere you’d find in a sidestreet offy.

There is a distinct feeling of Weltschmerz pervading this particular folio of songs. Sometimes it seems Dima can’t get the words out the weight of his message weighing his voice down. Are the songs cynical? Maybe. Funny? Though I know very little Russian I’d say so, yes.You can just feel it. (I suppose if I could give confirmation I’d point out that a recent video of his saw a dinosaur being blown up.) And maybe it’s a coincidence but one of the more assertive tracks is called ‘Одному’ (Alone). It’s certainly very singular music.

Clever percussion adds a lot of light and shade and Midborn coaxes all sorts of wails and blurts from his bass. Some of the bass slaps sneak out of the back door and wander around in Mick Karn’s back yard. And sometimes, I did think of Mick Harvey’s sleazier, more stripped back takes on Serge Gainsbourg’s work, too. The fact that there’s no real impetus to fill all the spaces make this a killer listen. Melody lines rule and Midborn is free to let his voice do the shading in. ‘Пешком’ (Walker) is brilliantly undernourished in terms of sound, driven by Midborn’s adoption of an Elvis-style croak, some percussive taps and a very flexible bass pop. ‘Завтра’ (Tomorrow) is another case in point: a busy rhythm tries to gee up some hilariously deadpan rattles from Midborn until a great synth (or guitar line, I can’t decipher which) adds an airiness that lifts the track like a kite catching the wind on the beach. It’s supremely well thought out music.

The last track, the soporific rhumba ‘Такова Какова’ (C’est la Vie), is a lovely ending, and brings something new to the pot, namely other people, who add a Greek chorus of sorts to Midborn’s vocal rumbling, which somehow allows this track be the natural endpoint. It’s brilliant.

I suspect this record to be one of those quiet, understated classics that everyone catches up on by chance. You need to hear it.

Middle Aged Man is released 20 February on Smikkelbaard and through the usual digital channels.