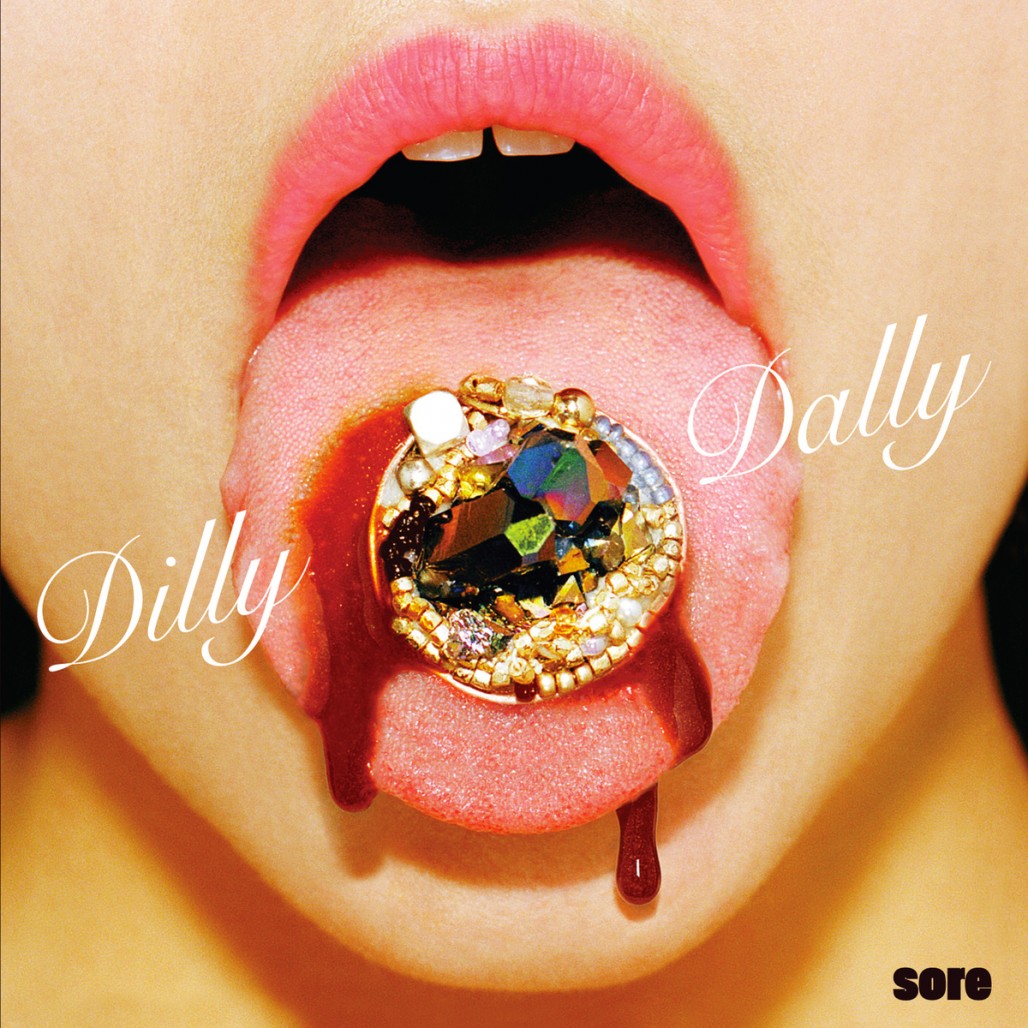 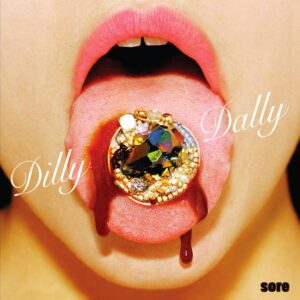 Toronto’s Dilly Dally release their first full-length  – Sore – a sure indication that they’re set to transcend their influences.

One way to look at the clashing components of Dilly Dally is two bands they’ve opened for in recent years – Joyce Manor and METZ. While Joyce Manor seems more relevant to Dilly Dally’s agenda, grunginess is clearly near and dear to them as well.

At its best, Sore feels like slacker Pixies put through a grunge filter, clouded in a heavy haze of pot smoke with some sultry post-punk sensibilities sprinkled in for good measure. The Yeah Yeah Yeahs are channeled throughout, i.e. via the stuttered vocals and shimmering guitar on “Get To You” before the grunge kicks in on the thickest, noisiest rock-out on the album.

“Next Gold” recalls The Pretenders’ “Back in the Chain Gang”. “Green” is whiskey-soaked, with a rugged twang and swagger. “Desire” showcases Katie Monks’ forceful snarl in stark contrast to the sultry backing whispers, all buried beneath a sticky, caramelly swirl of guitar and a strong Pixies “Where is My Mind” vibe. This appears again on “Get to You” with its sense of deliberation through a low prominent bass line and sauntering beat.

At the centre of all that is Dilly Dally are Monks’ vocals –  howling, moaning or snarling, raspy and whiney, they evoke the likes of Brody Dalle and Courtney Love. These unapologetic female vocals try to be as ugly as all their pain, as opposed to trying to pretty themselves up. The angst level turned way up, this is how the grunge/punk influence manifests in Dilly Dally more so than the music itself, which has other intentions. The central concern is to convey an exposed nerve kind of sensitivity through simple, patient pacing – minimalist and melodic, songs purposefully drag, float or bumble along, with explosive, emotive solos shining brightest throughout.

You will either love Monks’ vocals or hate them, take them or leave them, and since they figure so largely they can easily make or break the Dilly Dally deal for you. Especially since while the music is nostalgic and may strike chords in the hearts of fans of certain bands, it isn’t groundbreaking and its partially subdued nature positions it, albeit intentionally, as less compelling than some of the more in-your-face Buzz Records artists (Greys, Odonis Odonis, HSY). Also, like any bands with a heavy leaning towards an influence, fans of some of the bands that Dilly Dally evoke (Pixies) may find the similarity distracting at times.

While the vocals may be a key point of interest, they can also veer a song into unfavourable territory. The somewhat cheesy piano ballad, “Burned By the Cold”, is the only real flop on the album – the cringeworthy rasp at odds with the music’s attempt at cathartic beauty, the track is left maimed, passed over vs. inspected closely like its intimacy structurally suggests it wants to be.

All this said, Dilly Dally’s Sore is a still a cohesive collection of appealing, poignant songs that peak curiosity as to what the band may produce next.