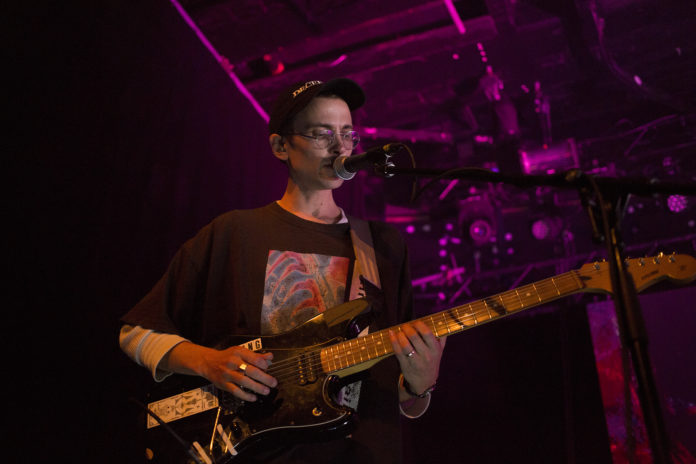 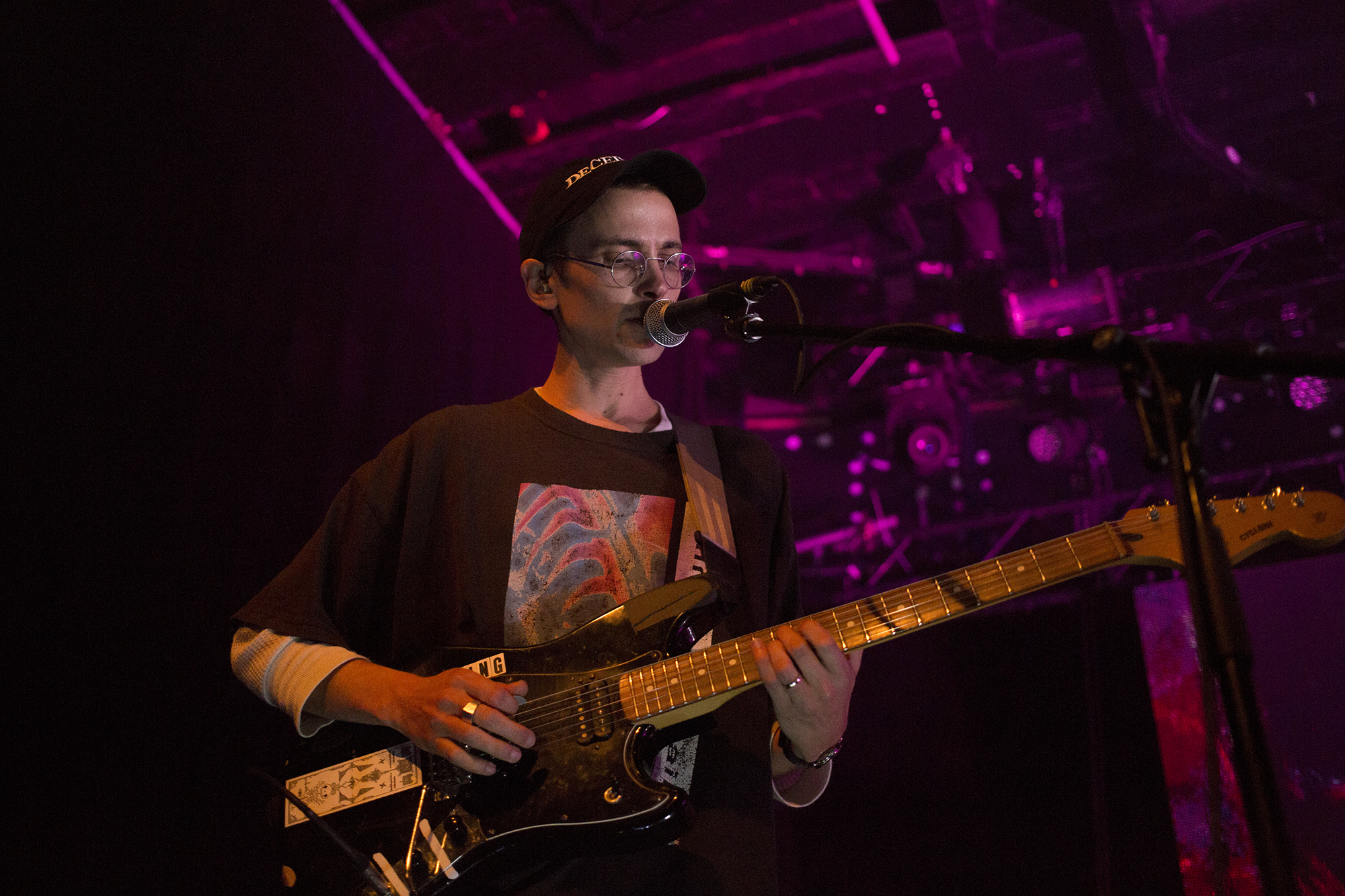 Shoegazers DIIV kick off their UK tour behind their new album Deceiver with a reverb-soaked performance at Bristol’s SWX. Elliott Simpson reviews, with photography by Michael Brumby.

No band seems to carry the torch for 90s alt-rock quite as well as DIIV. From the grungy sound of their debut album, Oshin to their latest Deceiver – which evokes heavy shoegaze bands such as My Bloody Valentine – that throwback feel has always been part of their charm. Still, despite wearing their influences on their sleeve, it never detracts from the fact that the music they make is incredibly good. That SWX is packed-out tonight only attests to that.

Supporting DIIV on this tour is Chastity, a group that exists in a similar orbit. Balancing pedal-drenched guitars and raw emotion, it’s the perfect music to thrash your head along to. They only play a short set, but manage to drum up the audience’s attention with ease.

Soon after Chastity leave, a glaring abstract painting of a face – the cover of DIIV’s Deceiver – appears on the screen at the back of the stage. A few moments later, the headliner arrives. Rather than diving straight in, frontman Zachary Cole Smith indulges in a quietly earnest introduction first: “Thanks for coming to see us, we’re DIIV.” 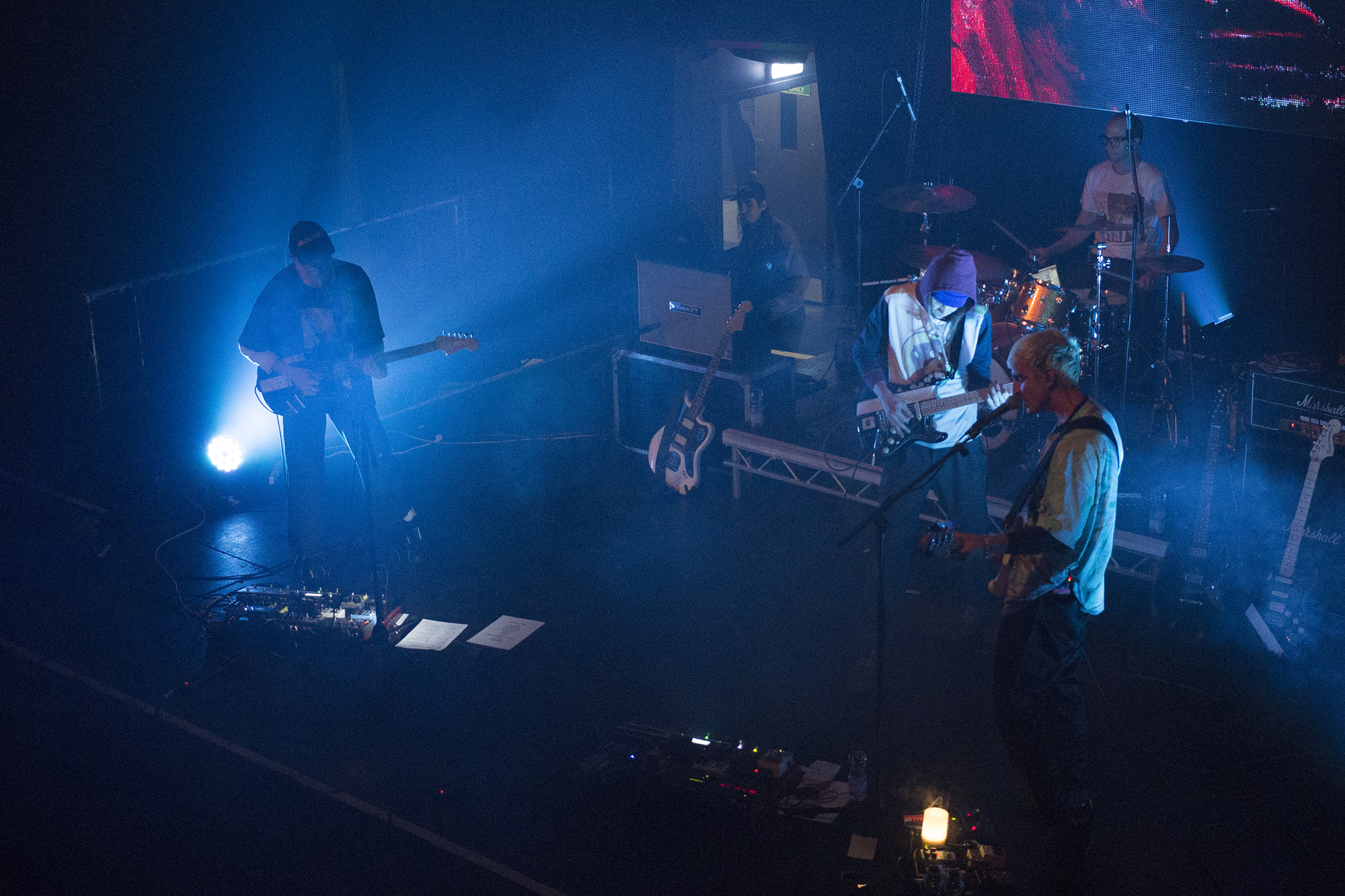 The slow grunge of ‘Horsehead’ opens the show, a song that slinks along sinisterly. The guitars sound absolutely huge live, the heavy distortion and fuzz causing each strum to hit the crowd like a wall. Over the top, lead guitarist Andrew Bailey noodles around, adding an additional melodic layer that helps elevate the song further. Despite being less showy, bassist and drummer Colin Caulfield and Ben Newman are just as essential, acting as anchors for the two guitarists.

The show is mostly made up of Deceiver material, which is hardly a bad thing. ‘Taker’ is another slow dirge, while ‘Skin Game’ has a much brighter sound with its twinkly lead riff. Then there’s ‘Blankenship’; as strong as the studio version of the song is, it springs to life in a different way on the stage. It’s enough to whirl the crowd up into a frenzy, causing a huge mosh to break out. 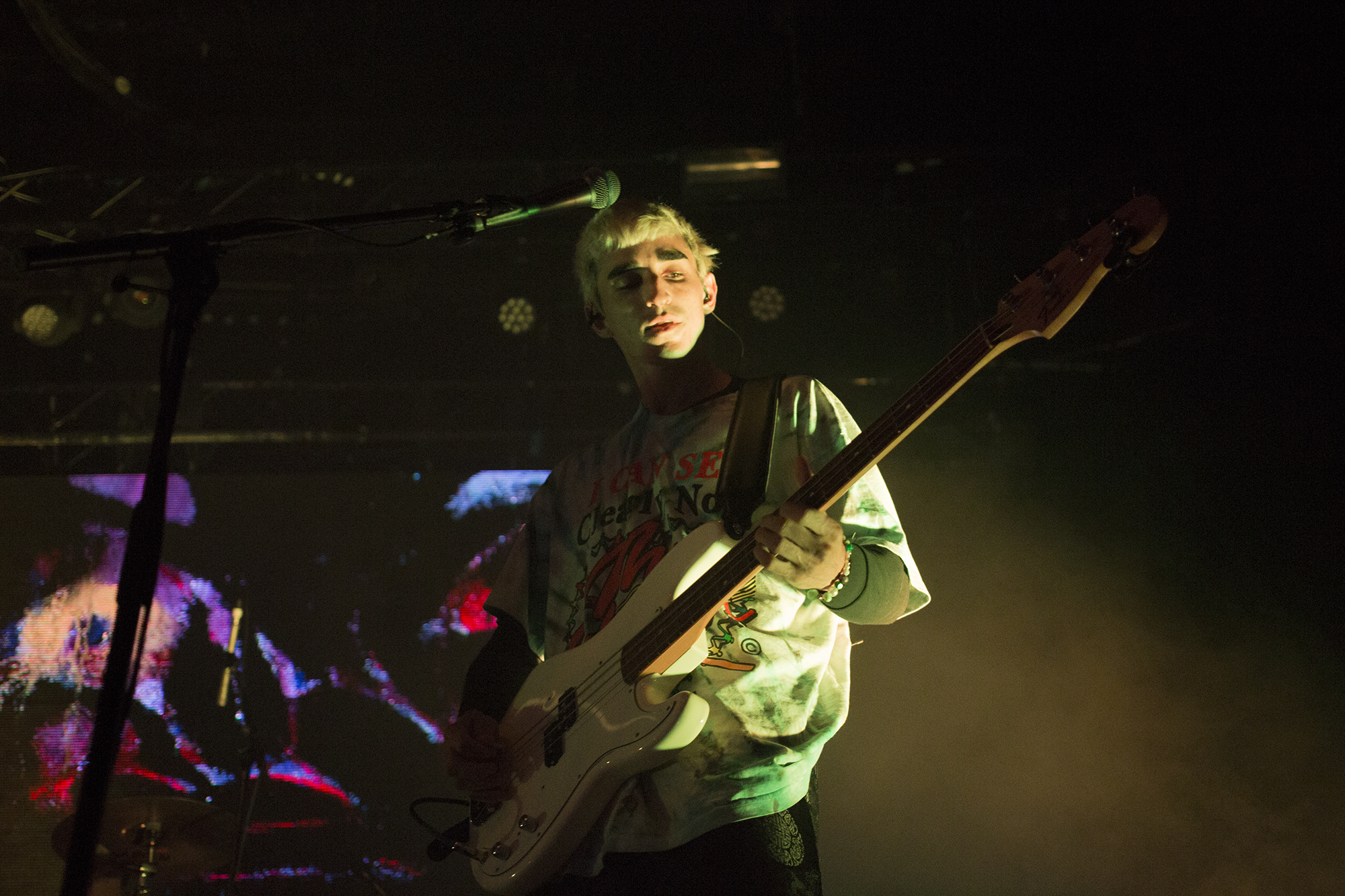 Smith says, almost apologetically, that it’s been a few months since they last played a show, but you couldn’t tell. DIIV sound absolutely air-tight tonight, and all the songs hit as hard as they should.

‘This next one’s old. Like us.” Partway through the show, Smith muses over the fact that their first album is almost eight years old now, before indulging the crowd with a couple of songs from it. The jangly ‘Doused’ – in many ways the group’s breakout moment – sounds as good as ever, the over-indulgent reverb causing Bailey’s guitar to wash over the audience like a wave. ‘Oshin (Subsume)’ in comparison, feels slower and more ritualistic, anchored around Newman’s drumming, the dual guitarists’ deliver the song’s the lyrics like an ancient chant.

DIIV close things out with ‘Acheron’ – a cautiously paced slow-burner built around whispering vocals and a leering bassline. Things finally burst open in the final couple of minutes, when the whole band let loose.

The group head off stage and seem almost surprised when the crowd call them back for an encore. “Okay, we’re gonna play this last one and then we’re gonna go,” says Smith. “We haven’t practised it.” Thankfully final songs don’t get much better than ‘Dust’ – a peppy, melodic number from Is the Is Are that manages to rile the audience up one final time. As DIIV exit again and the lights come up, the ’90s illusion dissipates and everyone stumbles outside, trying to remember where they are and what year it is.