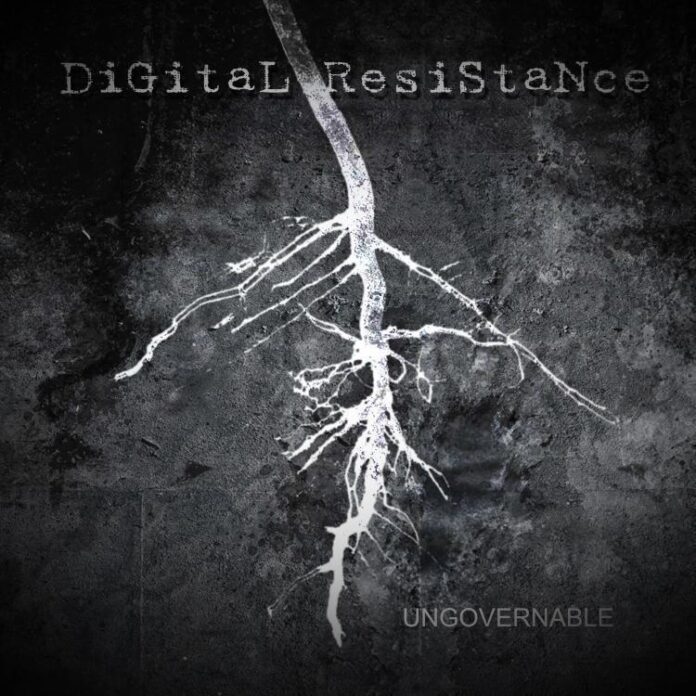 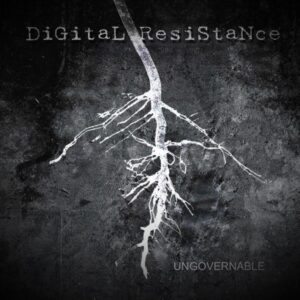 The new EP from Digital Resistance radiates with centuries of defiance, challenging the status quo with heavy metal guitars and piercing punk lyrics.

Ungovernable thunders back to records like the Clash’s Give ‘Em Enough Rope or the Sex Pistols’ Never Mind the Bollocks with a renewed political imperative: Pay attention and rise up! The four-track EP begins with (S)oil, a song that opens with metal guitar riffs and Ana’s urgent vocals. (S)oil confronts the myrmidons of times past and present, unthinkingly following orders to great devastation. (A brief aside: “Myrmidons” originates from Homer’s Iliad, the name of Achilles’s loyal soldiers. In more recent historical contexts, the word has developed political connotations, used to describe the blind followers of megalomaniacal autocrats and demagogues across time and space. A term with these epic origins seems particularly fitting here.)

I’m not sure how much Greek myth consciously plays into the minds of the angry and wary these days, but Digital Resistance warns of the circularity of shared violent histories: “The blind follow orders then as much as now/ And we keep pouring water on a rusted plough.” Maybe it’s because I’ve been revisiting early Black Sabbath albums lately or because time has indeed collapsed, but my mind leapt back a little bit here, thanks in part to the band’s intentionally indignant guitar, to War Pigs: “In the fields the bodies burning/ As the war machine keeps turning/ Death and hatred to mankind/ Poisoning their brainwashed minds.”

Those sonically furious riffs in (S)oil connect the songs across the EP, continuing onto the second track Neoliberal Diagnosis. The chorus cries back to the previous song and to riotous political incantations of the past: “You’re looking for humanity where none will be found/ buried under you, are those who stood their ground/ I didn’t know, how could I But do you know now?/ Never before, never again, but no one asks how.” When the record moves to Tergiversation, the third track, the sonic elements of the song reflect its underlying, slowed disgust in those that equivocate and refuse to act: “The past is the present and the future is now/ Will you fight or submit and take a bow . . . . Believe all, hear none, screams consumed/ Deny all, read none, books entombed.”

The EP as a whole tells a necessary story. It starts with those who marginalise and exclude, creators of reckless liminality and violence. With Tergiversation, the band takes aim at the bystanders who eschew their responsibilities and ultimately revel in their oblivion. By the time the record draws to an end with the fourth and final track Duty, the band issues an imperative to the listener while drawing attention to the dangerous duality of the title word: we may have an obligation to resist racist violence and oppression, but the language of duty also drives frenzied groupthink. Indeed, the final song brings us back to the lyrics at the beginning of the record: “The blind follow orders then as much as now.” This notion of repetition is mirrored in the vocal and musical cadences, stressing the vicious circles of historical power and indifference.

This is brilliant, fierce punk at its very best.