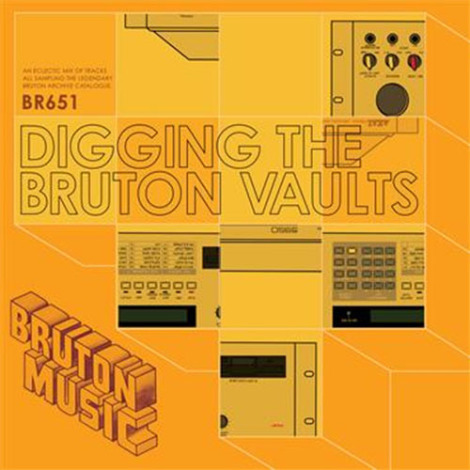 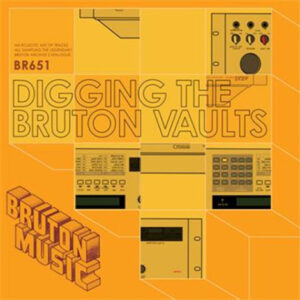 Universal Production Music and WhoSampled have matched together renowned vinyl diggers together with the hallowed vaults of Bruton, acclaimed Library Music label, for a brand new 10” vinyl entitled Digging The Bruton Vaults featuring a collection of uniquely mixed tracks. Matt Mead reviews the release for Louder Than War.

Bruton are amongst the prime Library Music labels to release stunningly rare and highly sought after albums that were released not for public utilization, rather the music was conceived and given over exclusively to film and TV executives to accompany a murder mystery movie opening title scene, or a prime time TV dramatization where the lead actor would wear a cord flared suit, 24 carat gold ring whilst driving a Jaguar sports car at speed.

With those scenes firmly set in the forefront of your mind the Bruton catalogue has been widely regarded as one rappers and mix masters reach out to on a daily basis, to discover obscure nasty funk breaks and B3 hammond organ grinding samples to accompany lyrical commanders behind the mike including Kanye West and Gangstarr. The press release accompanying the release adds the following:

“We then passed these samples onto 20 up-and-coming producers, who competed against each other (and the clock) to make the best and most creative use of the samples. The result: Samplethon – Digging the Bruton Vaults (BR651), showcasing the winning entries produced at the event alongside tracks from the artists who made up the event’s panel of judges and mentors.” This video tells the story of the project.

Mixing laid back refrigerated beats, to hostile hip hop along with retro old skool flavours focal points within the record include Been There Done That starting with sparkling upbeat chiming beats leading to a memorable flowing dub beat, Feels Right has a Latin feel running throughout with a repetitive rapping sequence to start off with leading to a full on rappers delight. Bold has those killer murder mystery sounding synthesisers replete with another hypnotic bass line. For fans of old skool rap mixing the aged but adored Library music this release will seize you on the dancefloor until you wiggle that jive out of your system.

Digging the Bruton Vaults can be purchased via the BBE music website.