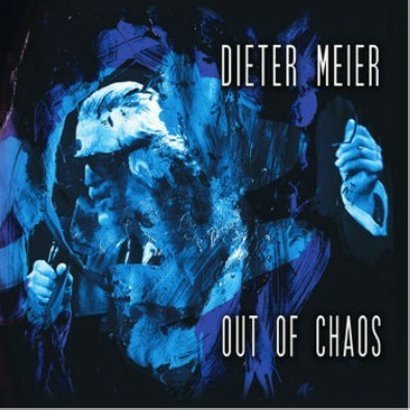 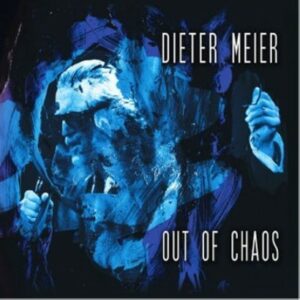 Dieter Mieir can’t be accused of rushing things. In spite of enormous success as vocalist with the legendary Yello, he has just released his debut solo album at the age of 69.

How cool is the debut album from a 69 year old? Absolutely freezing. So cold that it’s hot in fact. The millionaire artist and poker player clearly know what makes a fine tune and assembles a dozen efforts on Out Of Chaos putting together an album of differing styles and the inevitable bit of added bonkers. Current single Buffoon is probably case in point blending honky tonk piano with a wall of voices, rising scales and silly rhymes. Genius.

Meier isn’t a fan of routine and order which adds to the diversity of the album. Opener Lazy Night is maybe what you’d expect. “What the hell am I doing here, is this planet made for me”, probably not but let’s be thankful he is. There are touches of Latin and Cha Cha thrown in for good measure, and rather than sounding trite, they just simply work. The pre-programmed Casio keyboard sounding Night Porter is basic but the lyrics telling the story of a young prostitute entering a hotel is spellbinding.

Recorded with a trio of producers, Nackt, Ben Lauber and T Raumschmiere, the album is kept fresh and appealing. All tracks combine superbly. Loveblind glides along effortlessly and occasionally rises to lovely crescendos. Listen too to the peculiar sounds in the background.

Jimmy sees the Swiss at his expected oddball as the title is repeated over and over a fast paced bassline with electro effects and pulses. Is that a faux cuckoo noise in the intro to Fat Fly? Surely a future single, it’s mad, it’s fast and at only two and a half minutes it’s packed with sheer magic.

Out Of Chaos ends with Schuufele, a dark, slow, German spoken track. It’s slightly out of place to be frank but as a standalone track is intriguing. Minimal sound throughout it brings the album back down to ground quickly. Perhaps missing an upturn in pace, it’s a brave end to an album that was almost worth the seven decade wait. Maybe a new Yello project is on the horizon, or is that just too predictable?